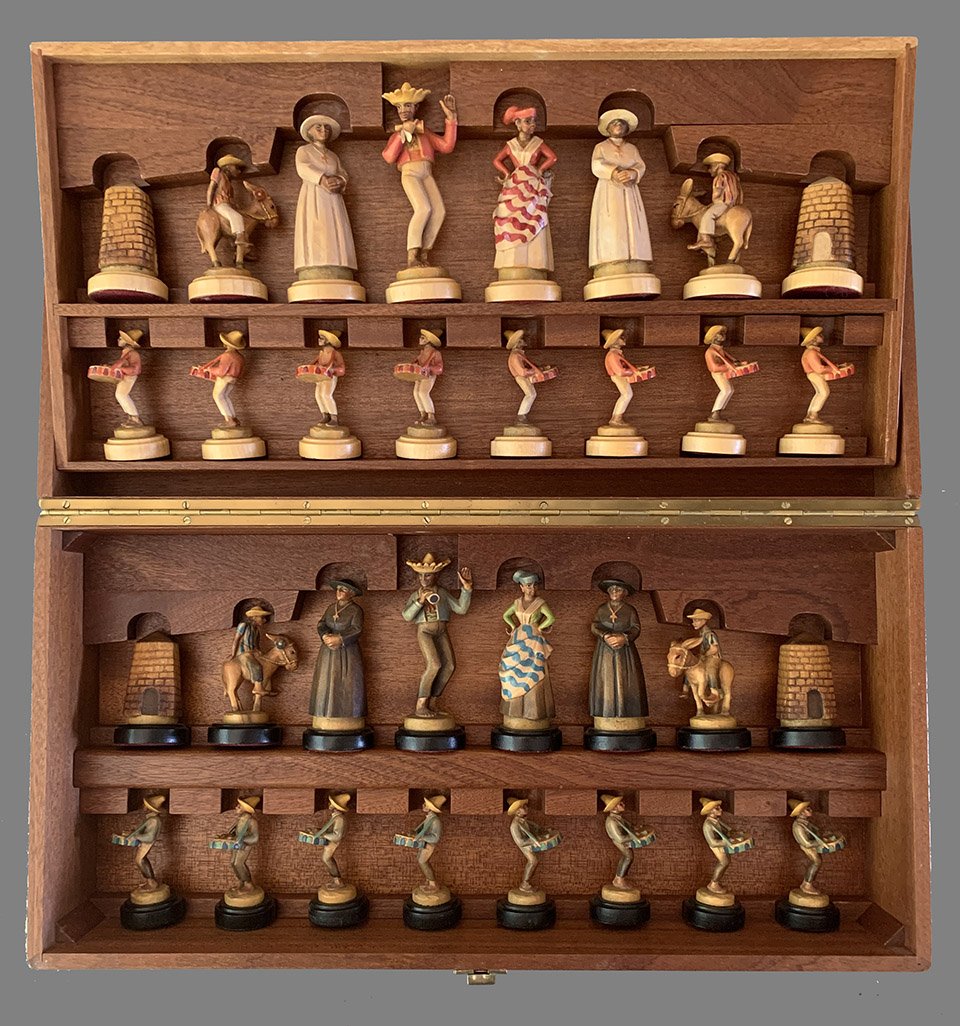 Offered here is the Rarest of the Anri Chess Sets, the Anri Caribbean Chessmen, Item #71819. This is a beautifully hand-carved and hand-painted set of very festive figural  Chess pieces depicting Caribbean Native life. Each of the chess pieces is magnificently hand-carved and painted The King stands 4-1/4″ tall. The finely hand carved Chess pieces are crafted from alpine maple and are hand-painted and gilded, the bases are nicely weighted and the pieces are felted. The Chess pieces are housed in a finely crafted, two-tray, fitted mahogany display case. The Anri Caribbean Chessmen are in like-new condition, and were produced for only one year between 1970 and 1971. The chessmen were designed by C. & M. Caron and made exclusively by Anri of Italy.  There is a silver plaque affixed to the inside of the box lid which reads: Designed by C. & M. Caron of the Virgin Islands.  Also included is a post Card with a full color image of the Caribbean Chessmen on one side. Very few of these sets were ever made. The Official Anri Guide listing for these chessmen is shown here. No chessboard is included with these chessmen, but we offer a large selection of modern and antique chessboards here. Anri chessmen are 100% made in Italy for those who can appreciate the true value of these magnificent artistic chessmen.