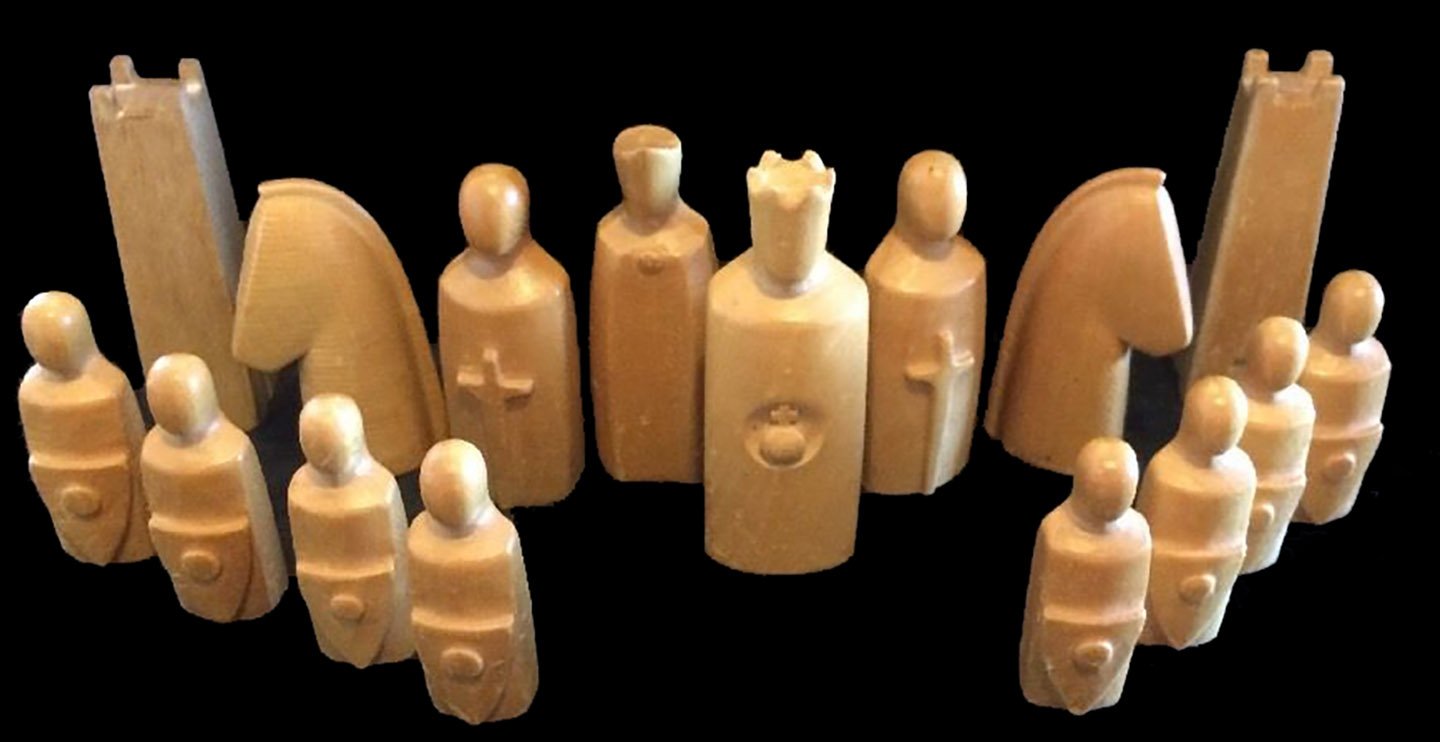 Offered here is a beautifully hand-carved abstract Anri Elsinore Boxed Chess Set, designed by Arthur Elliot, the famed designer of the Space Age Universum set. Similarly modern and minimalist, with simple elegant lines and details, the chessmen are abstract figurine representations of each of the chessmen. Each of the Anri Elsinore chessmen is hand-carved. The King stands 4-0″ tall. The hand carved pieces are crafted from Teak and Alpine Maple. The bases are lightly weighted and the pieces are felted. The Anri Elsinore Boxed chessmen are housed in a finely crafted, two-tray fitted Mahogany display case. Anri chessmen are 100% made in Italy for those who can appreciate the true value of these magnificent artistic chessmen. The chessmen are like new and were produced between 1961 and 1984.