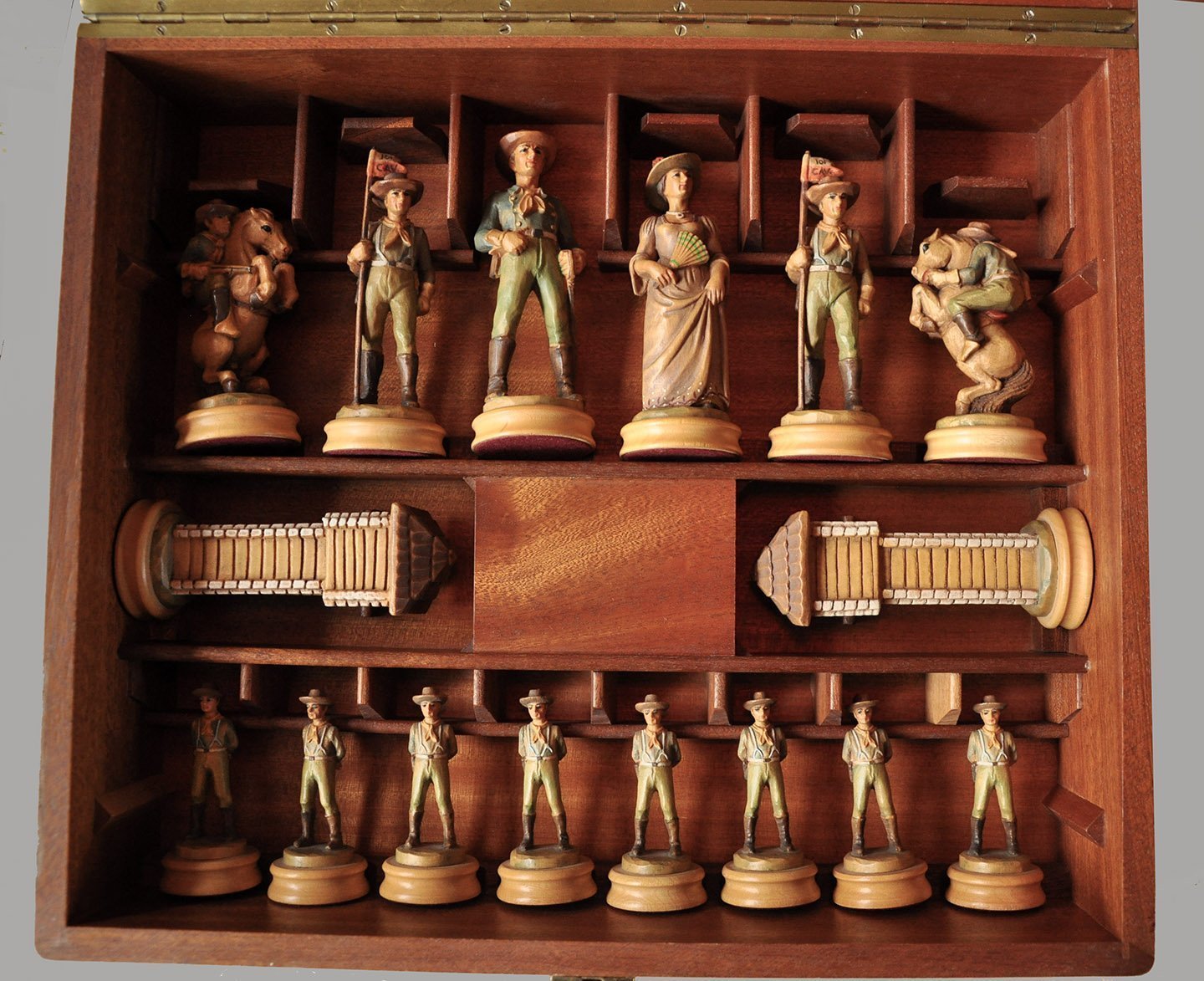 Offered here is a beautifully hand-carved and hand-painted figural Anri Far West Chess Set. The chessmen represent armies of a Cavalry unit and an Indian Tribe. Each of the chess pieces is magnificently hand-carved and painted The King stands an impressive 5-1/4″ tall. The finely hand carved Chess pieces are crafted from alpine maple and are hand-painted and gilded, the bases are nicely weighted and the pieces are felted. The Chess pieces are housed in a finely crafted, two-tray, fitted mahogany display case. The Anri Far West Chess Set is in like-new condition. No chessboard is included with these chessmen, but we offer a large selection of modern and antique chessboards here. Anri chessmen are 100% made in Italy for those who can appreciate the true value of these magnificent artistic chessmen. The chessmen are like-new and were produced around 1961.