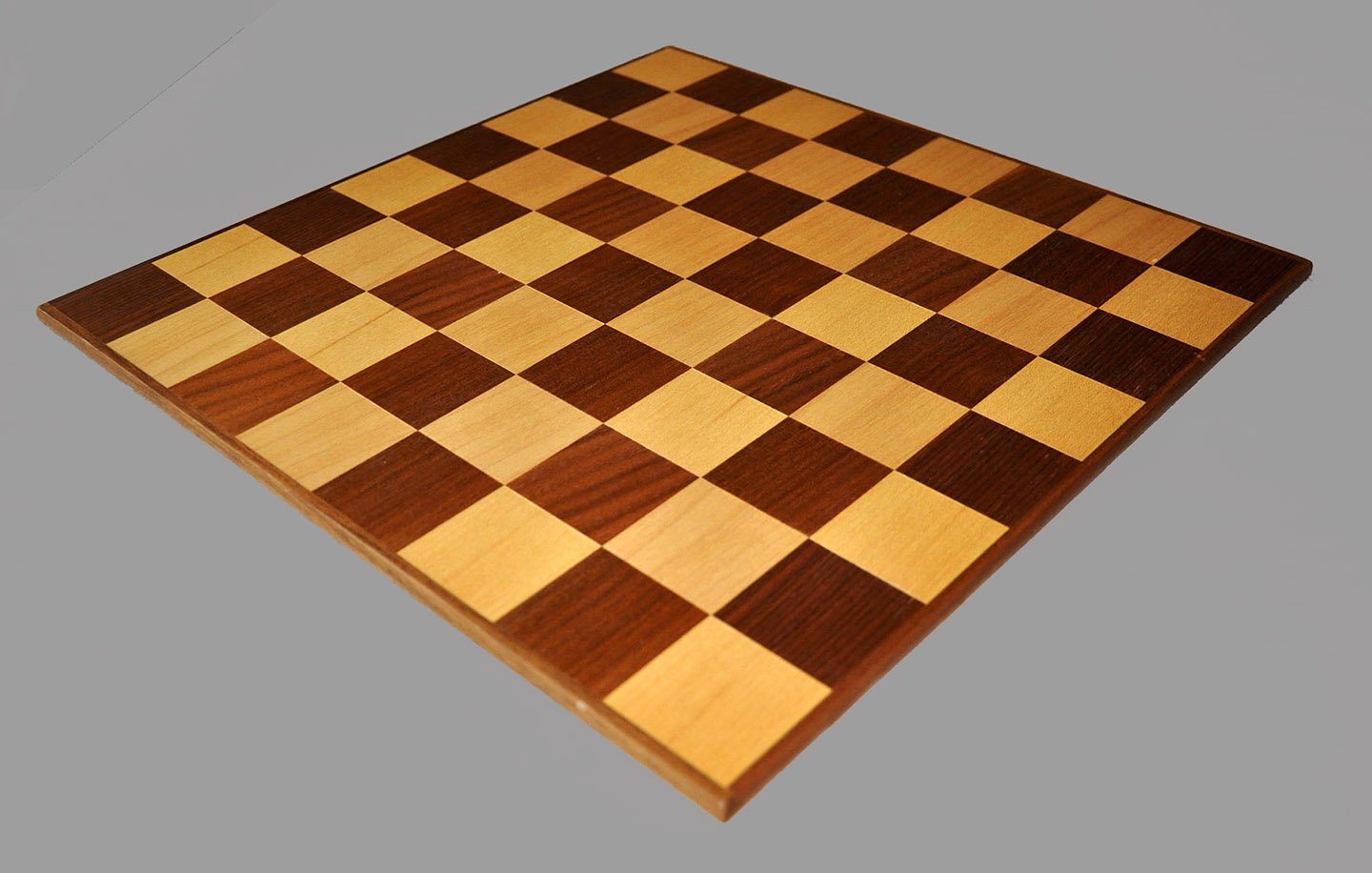 An Anri Mahogany Chessboard measuring 14-1/4″ square with a playing field having 1-3/4″ Mahogany and Maple squares. The back is Mahogany veneer. The chessboard was produced by Anri of Italy in the late 1950s. The chessboard is sound with some wear and minor scratching consistent with age, but could use a waxing. The chessboard is designed to handle the Anri wooden chessmen with smaller bases, such as sets in the Toriart series.

The wood art tradition has a long history in Val Gardena, Italy. The tradition of woodcarving dates back to the XVII century, when farmers started producing wood toys and utensils during the long winter season. The peasants than used to sell the items at spring markets. Part of the autonomous region Alto Adige/Southern Tyrol in Italy, the Val Gardena is known for its ancient romantic language, its skiing facilities – and its old tradition of woodcarving. The ANRI company’s chess sets and chessboard from the 1950s through the 1980s were produced in this region and have gained collectors status, thanks to their unparalleled quality.