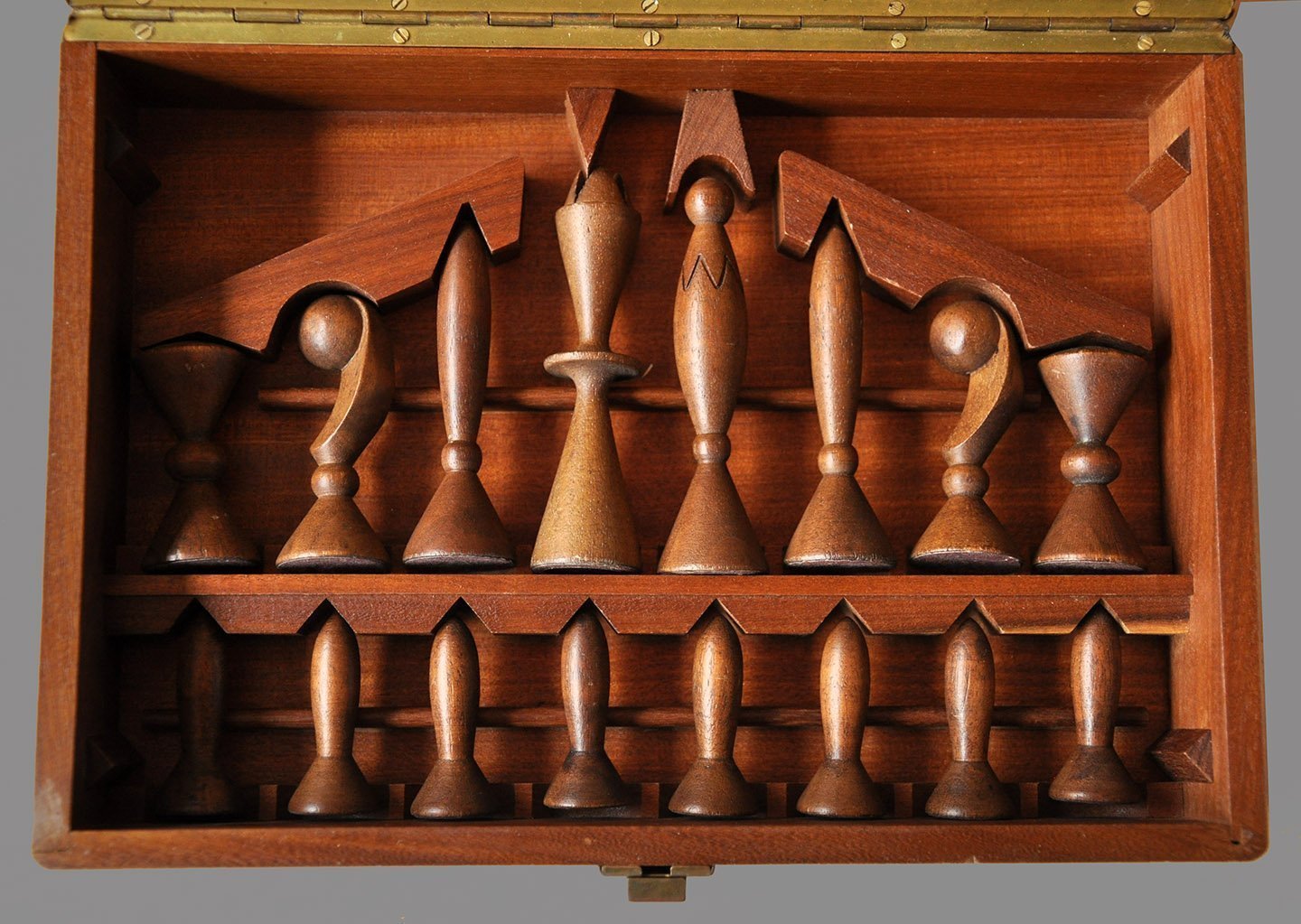 Offered here is a strikingly modern Anri Universum Chess Set, also known as the Space Age Set,  housed in a finely crafted wooden case with two fitted compartments to secure the chessmen. The case measures 11″ long x  3 1/4″ tall x 7 1/2″ wide. The King stands 4″ tall. The bases are lightly weighted and the pieces rest atop a cushion of brown felt. The bases of the Kings and Queens bear the Anri “Space Age” metal tags. The chess pieces are  abstract representations of  Space Stations, Space Ships, Missiles, Rockets, Satellites and Radar. The finely hand carved Anri Universum Chess pieces are crafted from kiln-dried White Maple and Black Walnut. The three ads shown are not part of this offering. There is no chessboard, but an authentic Anri chess board to fit these chessmen is available. The chessmen were designed by U.S. artist Arthur Elliott, who also worked as an early animator for Disney Studios. Anri chessmen are 100% made in Italy for those who can appreciate the true value of these magnificent artistic chessmen. The chessmen and case are in excellent condition. Anri Space Age, or Universum, chess sets were produced between 1958 and 1982.