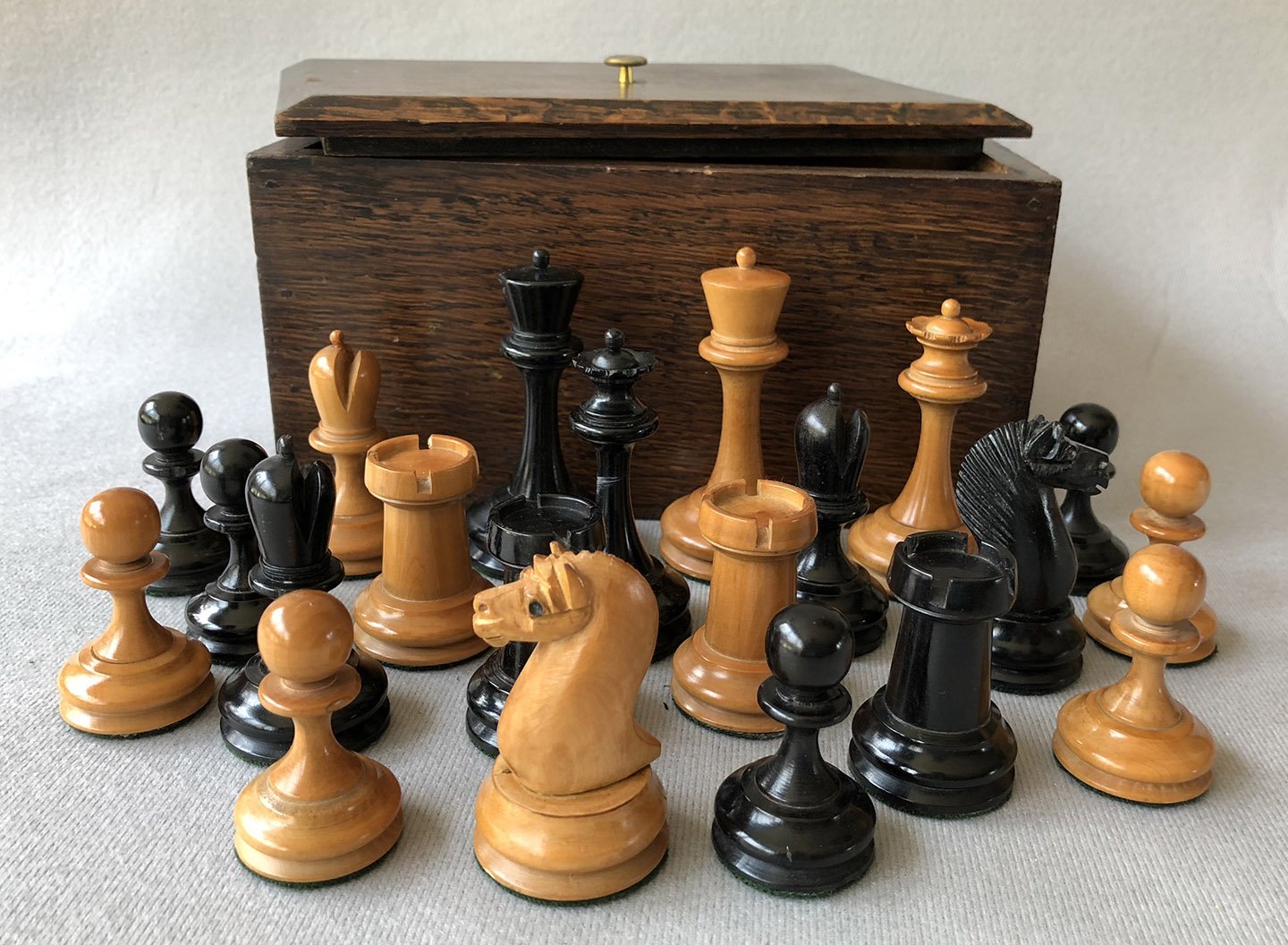 A set of Antique B & Company Chessmen, with green baize base pads. These vintage chessmen are Boxwood and Ebony, and unweighted. The King stands 3-3/8″ tall with a 1.7″ diameter base. The King is about the size of a Tournament Jaques King, but the lack of a cross 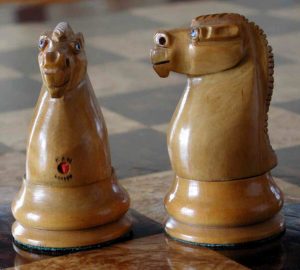 finial belies its true size. An interesting design feature which seems to be unique to B & Company wooden sets is that all the shanks of all the chessmen are screwed into their bases, a technique apparently used to save material. These sets were produced in several sizes by B & Company around 1860 or a bit earlier. The image shows the Knights bearing the B & Co. stamp on the chest of the King’s Knights, found ONLY on all B & Company Full Club-size sets, but apparently not on the smaller sets like the one offered here. This image clearly shows the general detail of a B & Co. Knight. The Knights are styled much like Knights found on late Georgian and Early Victorian chess sets. Aside from the rather pedestrian Knights, the unusual angular miter cut on the Bishops was unique to B & Company. The portly Rooks with their inward-canted parapets is also a unique feature of these sets. The chessmen are housed in a sturdy replacement stained oak box. All the chessmen still have their original green baize base pads. The chessmen are in excellent condition for their age and have developed a very pleasing patina.

Very little is known about B & Company.  My research has turned up empty, as has that of fellow collector Jon Crumiller. These chess sets are seen at auction from time-to-time, but it would appear that production ended by the late 1860s. There is nothing in the literature about the company, nor is there any evidence that they manufactured other chess products.