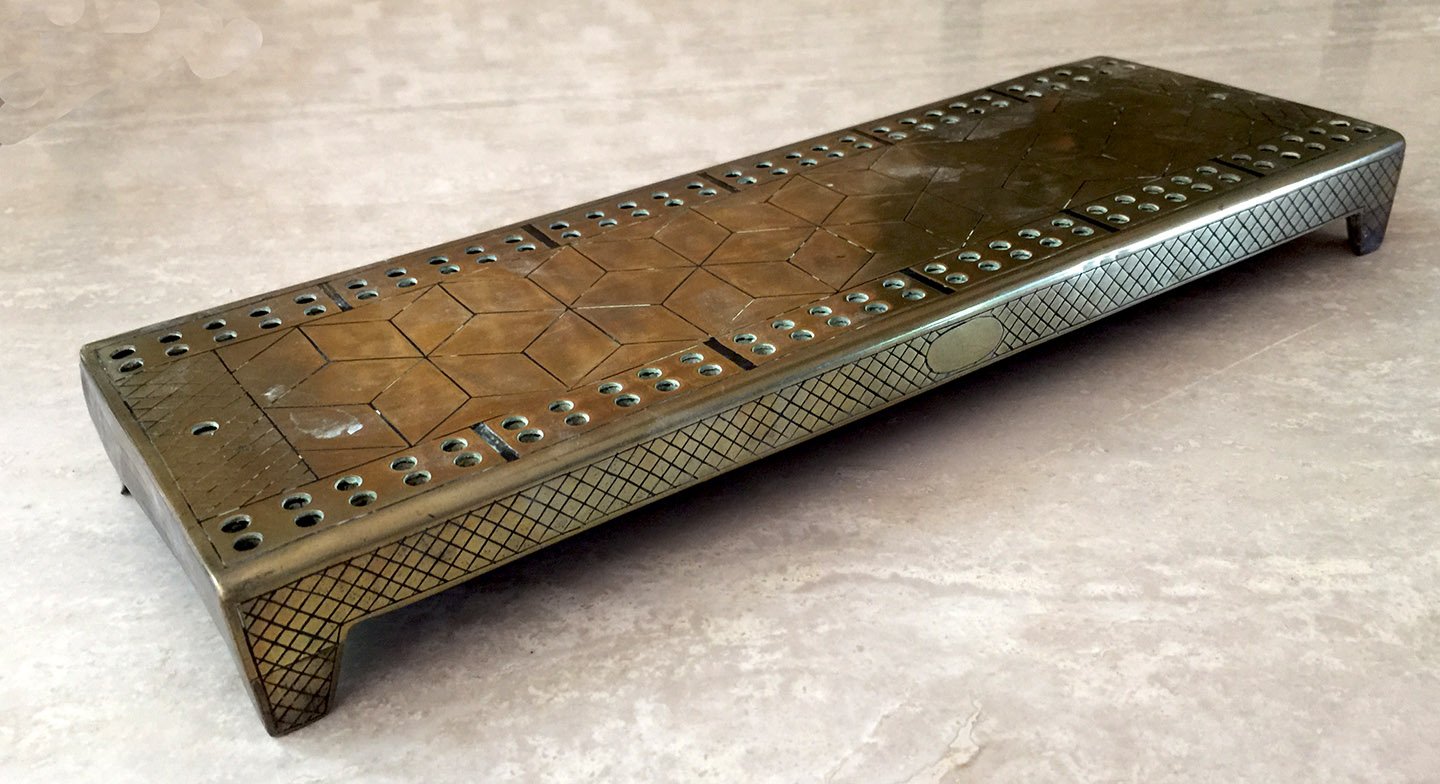 Offered here is an Antique Brass Cribbage Board, measuring 11″ x 3-3/4″ x 1″ deep with metal pegs and a storage compartment on the underside. The Cribbage board is in very good condition. Circa 1900.