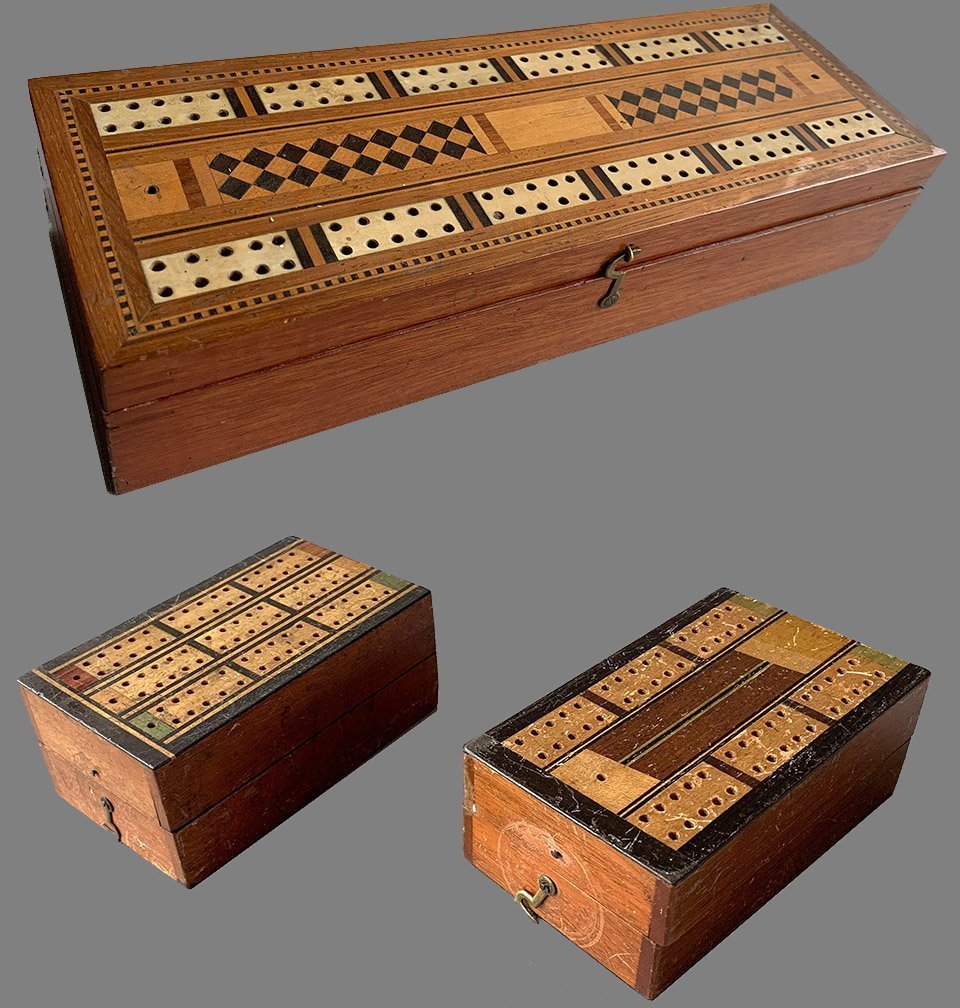 Offered here are three antique Cribbage Board Boxes in Mahogany with colorful inlays,  circa 1890 to 1930; The largest Cribbage box opens to expose three internal storage compartments and several bone pegs; along with a deck of 52 playing cards.. All items are in good-to-very good condition.