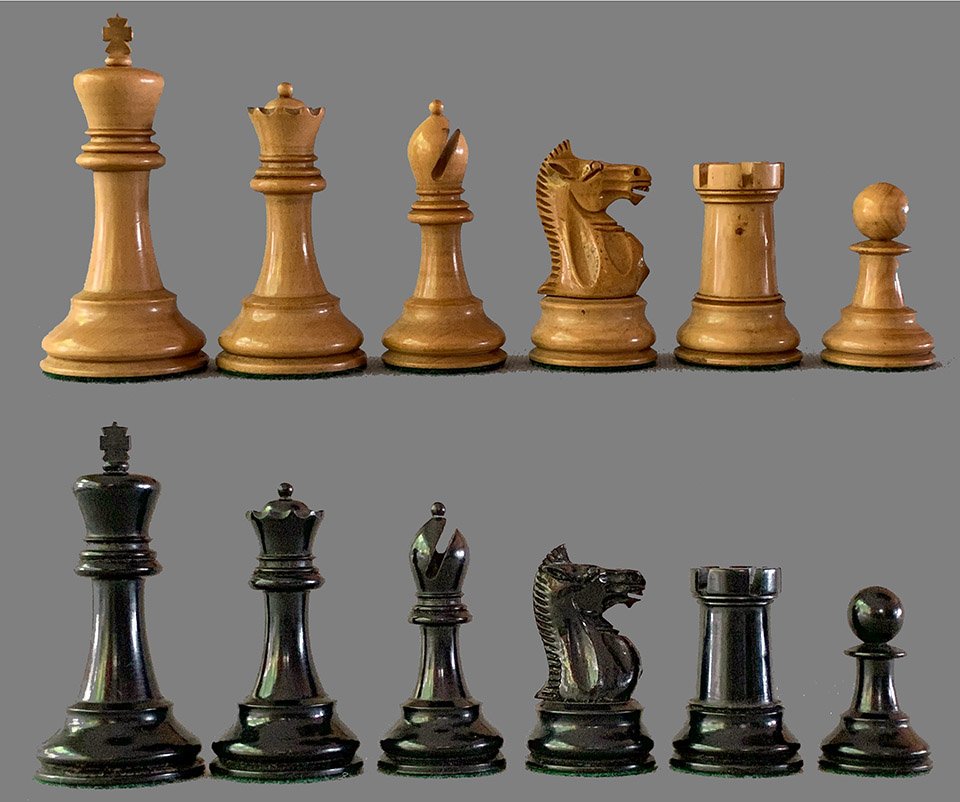 The chessmen are housed in a lined Mahogany hinge-top box, which is not the original. This style box was used to house Ayres Tournament-size chess pieces. The box has an ivory plaque affixed to the front with the number “4”. This would indicate that the box, at least, is from an old English chess club or pub. It matches this chessboard. As previously stated, pieces are in excellent condition and have developed a very pleasing honey patina.  There are no repairs or replacements. The chessmen play and display best on a chessboard with 2-0″ to 2-1/4″ squares. The antique Jaques chessboard shown is not included as part of this sale. The ideal chessboard for these chessmen can be found here. For a complete selection of our finest new and antique chessboards, please check here. 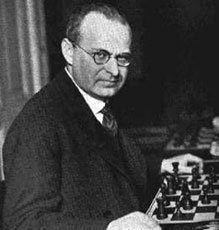 Aron Niemzowitsch was born 7 November 1886, He was a leading chess gGrandmaster and influential chess writer and the foremost figure among the hypermoderns school. Aron Nimzowitsch is considered one of the most important players and writers in chess. His works influenced numerous other players, including Savielly Tartakower, Milan Vidmar, Richard Réti, Akiba Rubinstein, Bent Larsen and Tigran Petrosian, and his influence is still felt today.