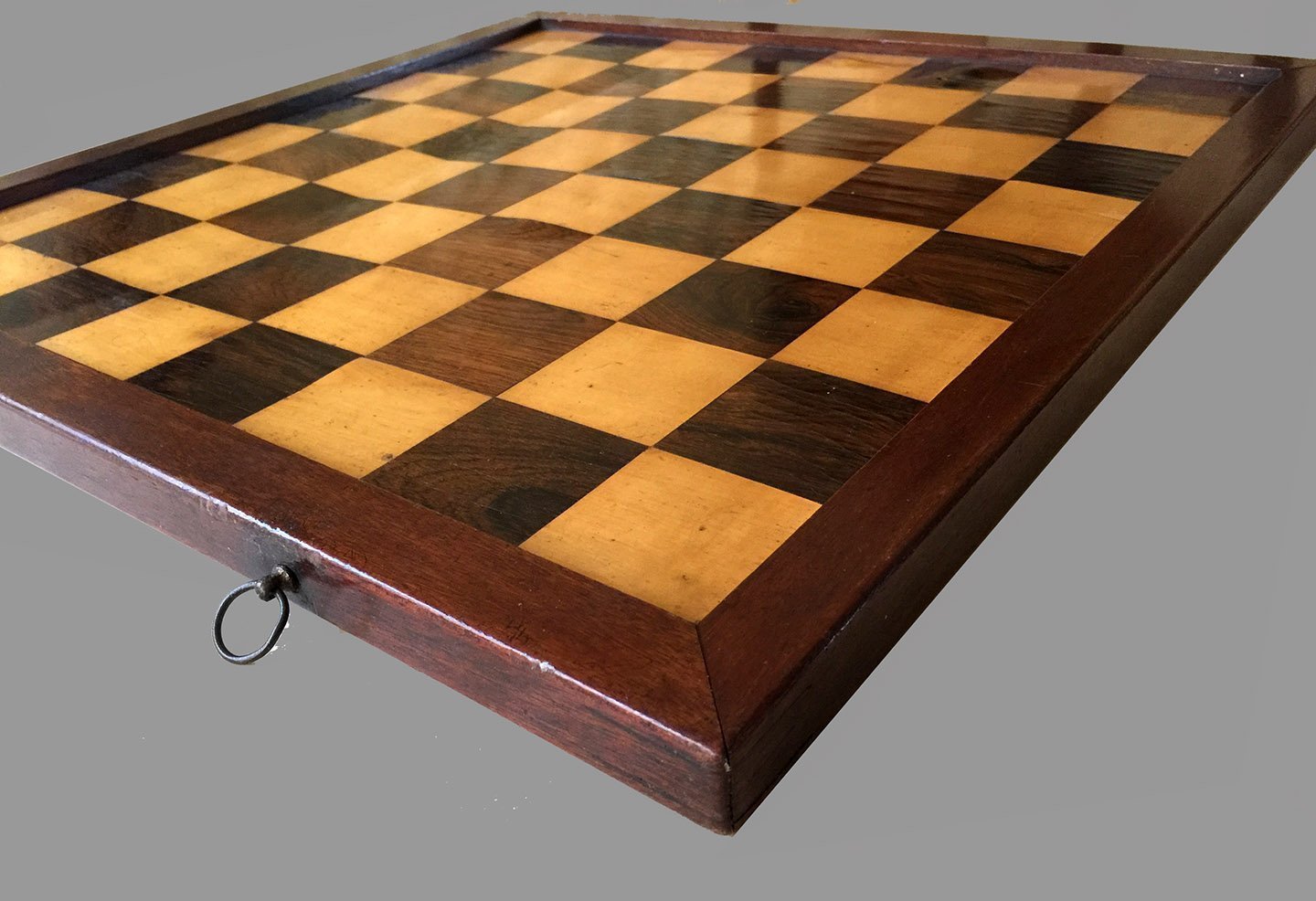 This English-made, framed playing field style, chessboard style was in common use until World War II. After the War, much more economical wooden chess boards started appearing from other European countries such as Spain, Poland and Germany. Chessboards bearing the Jaques of London and British Chess Company stamping were all most likely produced by the same factory in the UK.