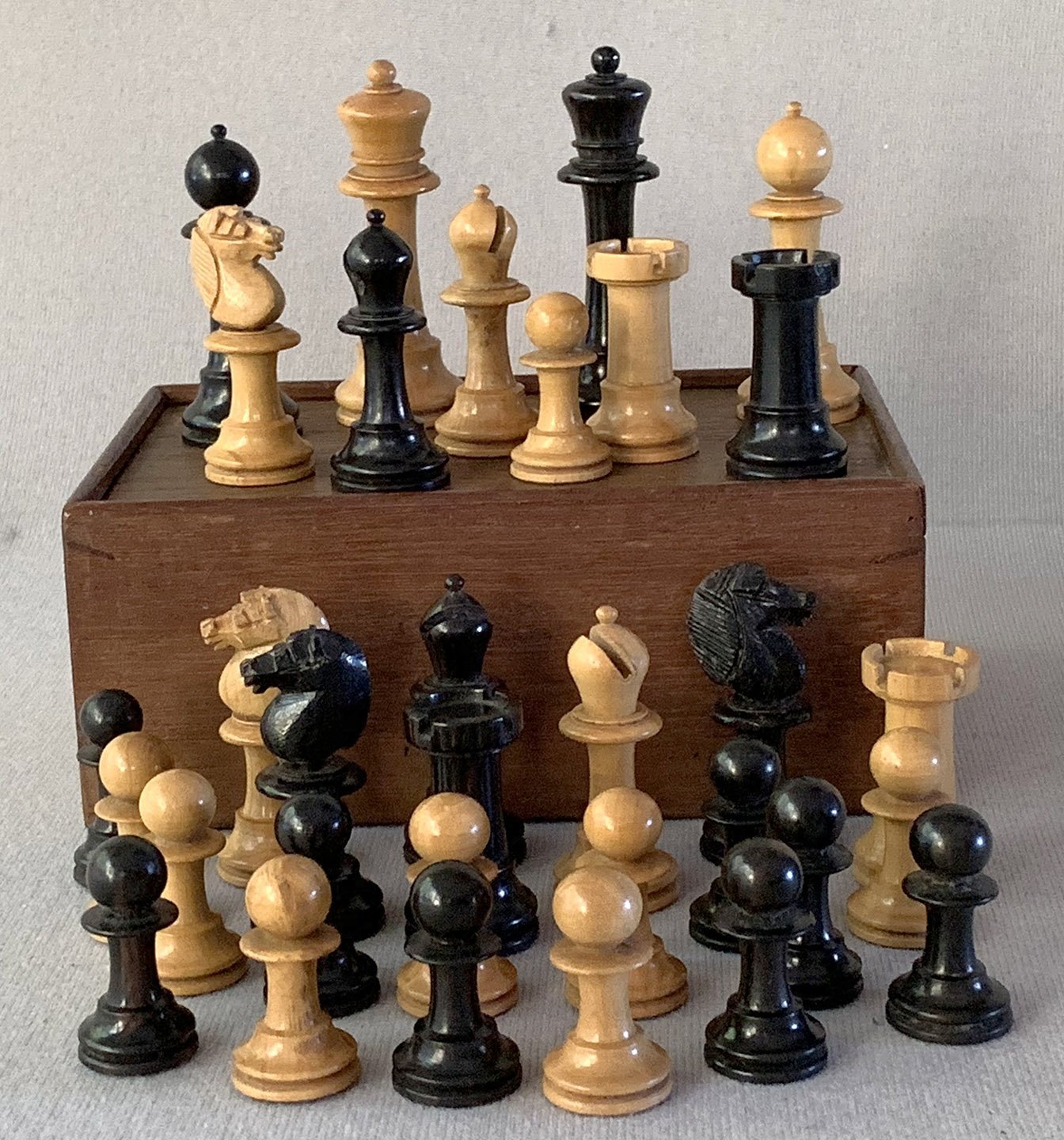 A very rare example of a set of Antique Upright Staunton Chessmen crafted from Boxwood and Ebony. The chessmen are unweighted and unfelted. The King stands 3-1/4″ tall with a 1-1/4″ diameter base. True Northern Upright (Edinburgh) chessmen do not have a cross finial, which belies their true size. A comparison of the King in this set with a tournament-size Jaques Staunton King is shown. The Boxwood chess pieces have a very pleasant patina.  The chessmen are in excellent condition, although the white Queen shown signs of some shrinkage checking near its base. The Antique Upright Staunton chessmen are housed in their original Mahogany slide-top box.

This style of chessmen appears to be an attempt to incorporate features of the Staunton design into the Northern Upright or Edinburgh style. The design of the Knights would indicate that these chessmen were produced around 1860, although no manufacturer has been identified. The antique chessboard shown in the images is not included in this offering, but suitable chessboards an be found here.

The Northern Upright chessmen are often referred to as the Edinburgh (sometimes Edinboro chessmen) chessmen. They fall into the ubiquitous category often referred to as English Playing sets, which also included the Saint George pattern. These early English Playing sets were ultimately supplanted by the Staunton chessmen which were introduced to the public in September of 1849. The design of the original Northern Upright English chessmen is attributed by Howard Staunton to Lord John Hay around 1840, although no additional corroborating evidence has been found.