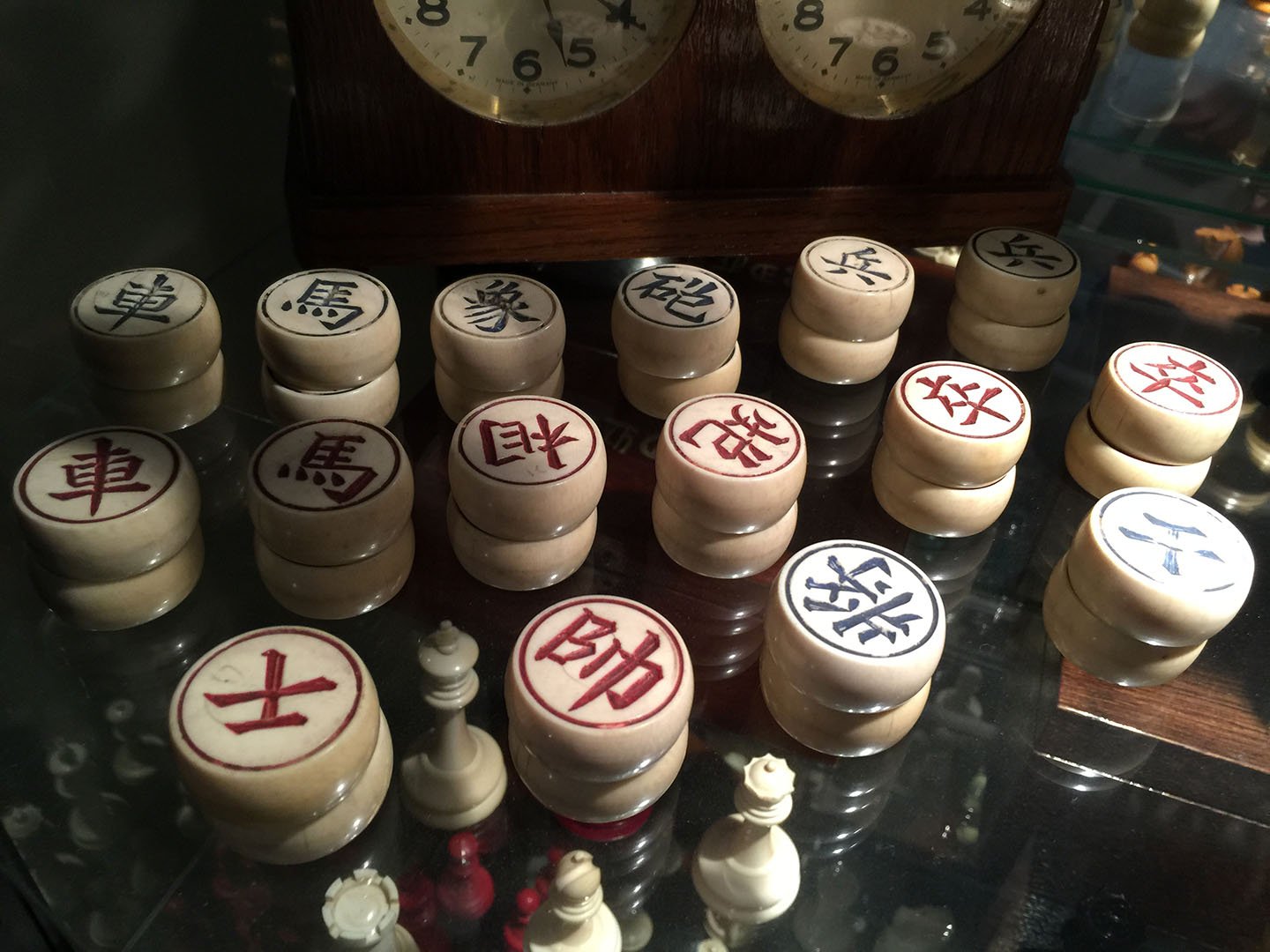 Offered here is an Antique Xiangqi or Chinese Chess set. This very rare and old set of ivory chessmen dates from around 1750. The individual barrel-shaped units measure 1-1/4″ in diameter by 5/8″ thick. Each of the chessmen are identified by characters engraved on both sides in red or blue ink. The chess pieces are in excellent condition.