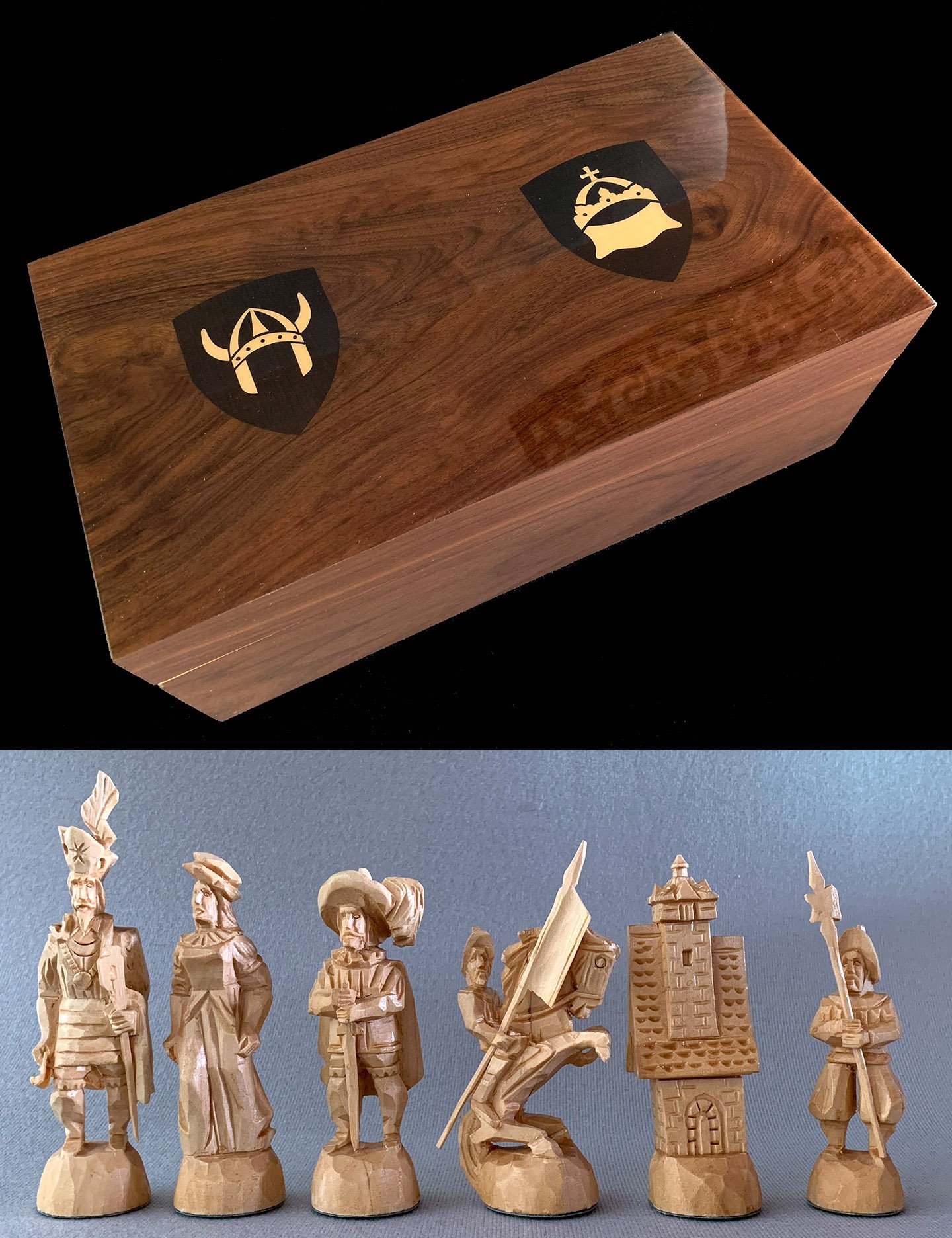 Offered here is what is often described as a set of Austrian Tyrol Hand Carved Chessmen in Fitted Case. The chessmen are hand-carved in Linden Wood. The King stands 5.2″ tall with a 1.4″ base. The chessmen are housed in an exquisite lacquered hardwood hinge-top case with velvet-lined compartments which secure the pieces in the standing position. The lid of the case features helmet inlays representing the opposing armies. Austrian Tyrol Hand-Carved Chessmen and fitted case are 20th century.

Based on information obtained from an Austrian collector, the set was most likely produced in the provenance of Oberammergau, Germany, where similar chessmen were also found. The symbols on the cover of the box are German, possibly Barbarians vs. Christians, or Goths  vs. Spanish. The helmets inlaid in the lid of the case also have the look of the 30 Year War headpieces. The Thirty Years’ War. was international conflict taking place in Northern Europe from 1618 to 1648. The war was fought between Catholics and Protestants and also drew in the national armies of France, Sweden,Spain, Denmark, and the Habsburg dynasty that ruled the Holy Roman Empire.