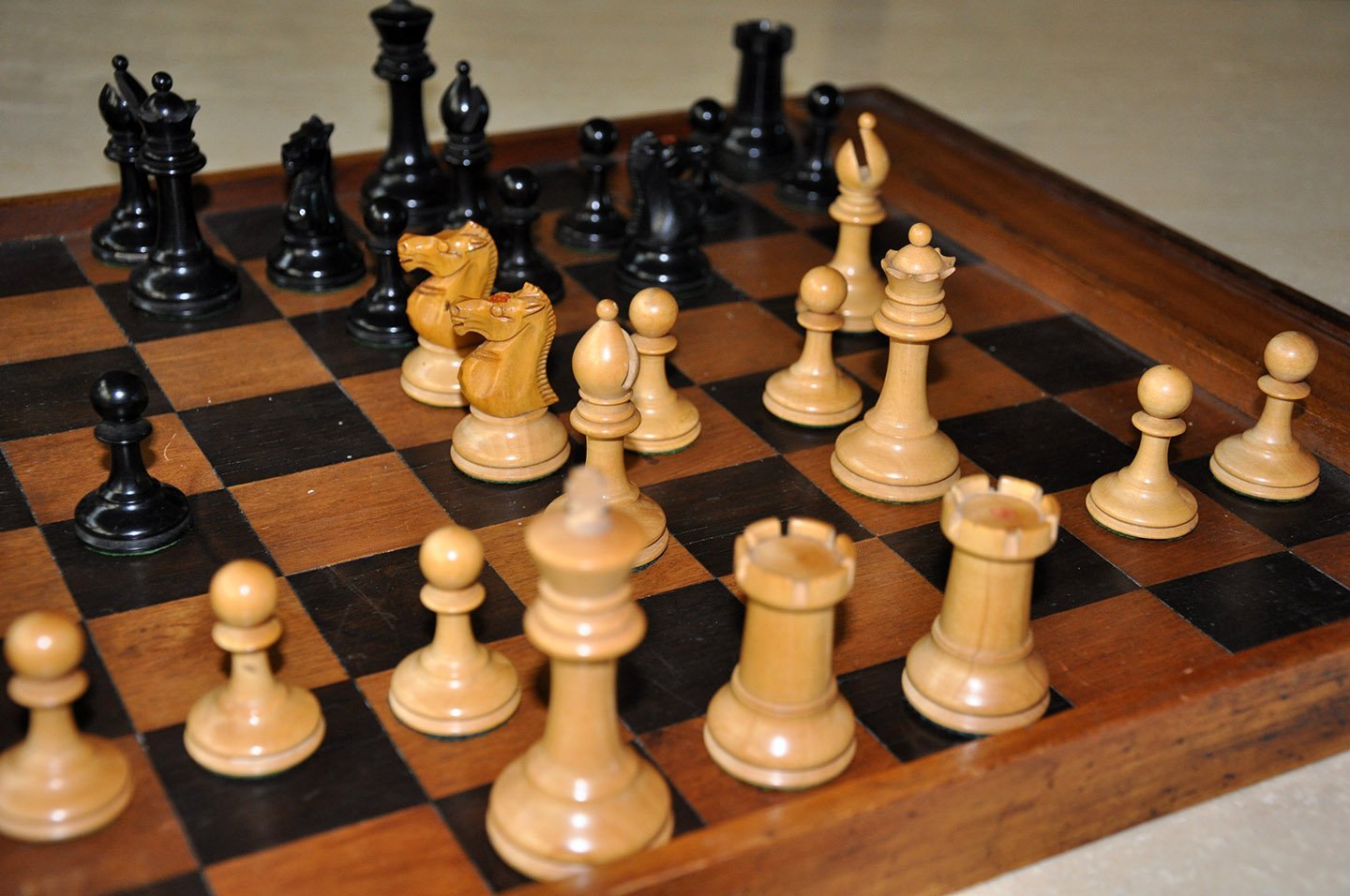 Offered here is a fine set of heavily weighted Boxwood and Ebony Ayres Antique Staunton chessmen. This set of chessmen has a 3-1/8″ tall by 1-3/8″ diameter base King with some of the original green baize base pads which were moth-eaten replaced. The chessmen are housed in its original Mahogany box, which is lined in green baize. These particular chessmen were produced around 1925-1930, based on the somewhat less detailed Knight head which are typical in later chessmen of this type. There are crown impressions on the summits of the Boxwood Kingside Rook and the Kingside Knights. The chessmen are in good condition, but the Ebony King’s Rook is a replacement. In addition, there is a small point missing from the boxwood and Ebony Queen’s coronet (See Image) and there is a crack in the base of the Ebony Rook. The only other flaws might be a few very small hairline cracks which were missed during inspection, but which are typical for this chessmen style. The chessboard is not included, but is available for purchase.

These chessmen are often attributed to F. H. Ayres or The British Chess Company. Probably, the most appropriate moniker that should be applied when referring to them is SCA (So Called Ayres) Chessmen. Regardless who actually produced these chessmen, they are of very high quality, almost the equal of Jaques of London chessmen from the 1930s.