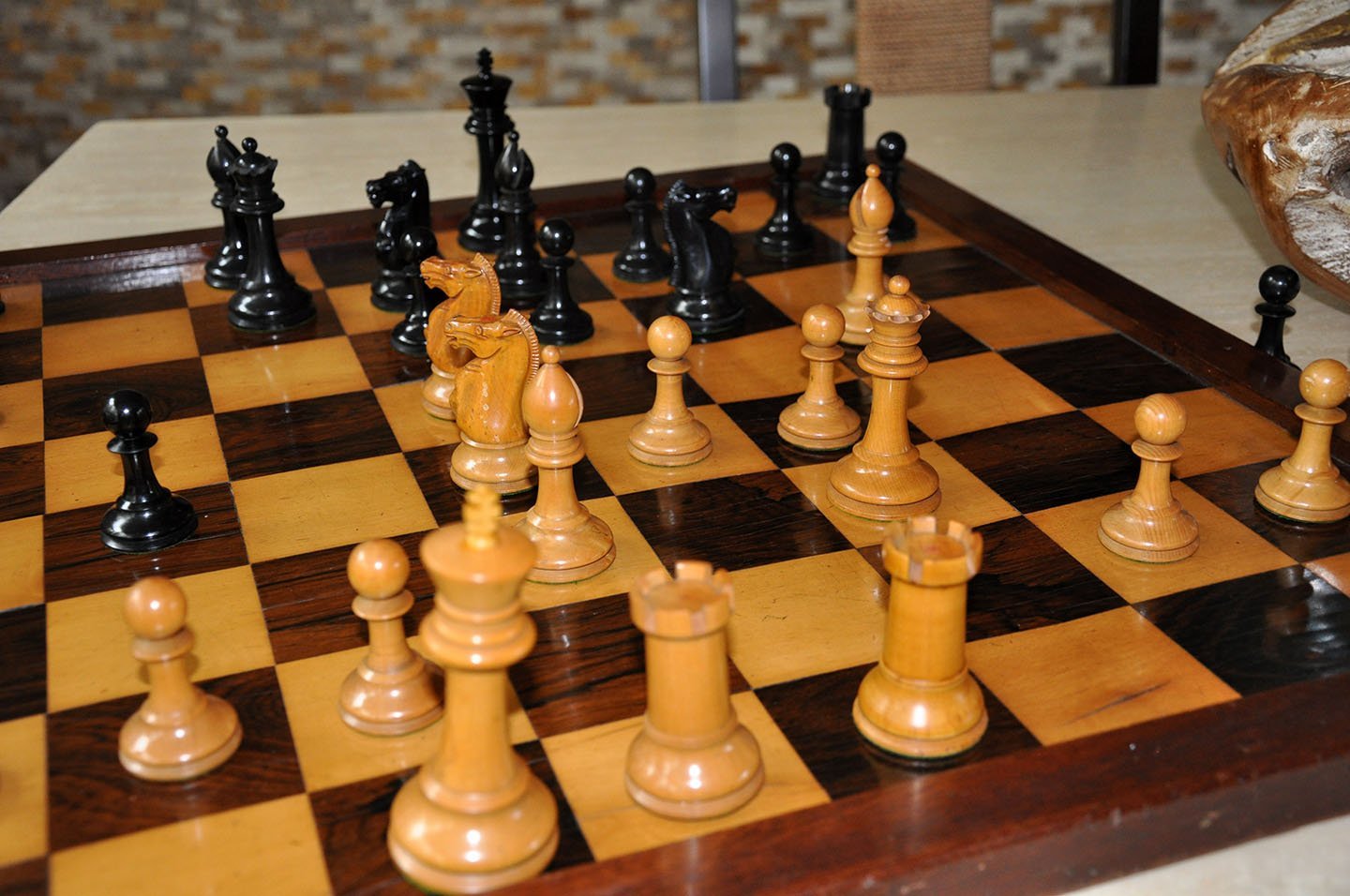 Offered here is a fine set of heavily weighted Boxwood and Ebony Ayres Antique Staunton chessmen, full club size, with green baize base pads. This set of chessmen has a 4-3/8″ tall by 1-3/4″ diameter base King with green baize base pads and is housed in a period mahogany box, probably original. The King side Knights and Rooks from each army have the King’s crown symbol imprinted on their summits. These particular chessmen were produced around 1892 – 1895, based on the very detailed Knight head, which is not found in later chessmen of this type. The chessmen are in very good-to-excellent condition. The only flaws are a few very fine hairline cracks in the Ebony chessmen, which is very common for these chessmen, and what appears to be small teeth marks on the finial of one Boxwood Pawn.  These style chessmen are often attributed to F. H. Ayres or The British Chess Company. Probably, the most appropriate moniker that should be applied when referring to them is SCA (So Called Ayres) chessmen. Regardless who actually produced these chessmen, they are of very high quality, almost the equal of Jaques chessmen of the 1890s.

F.H. Ayres was an English sports and Games manufacturer and retailer dating back to 1810, doing business in Aldersgate in the city of London. It is known from various ads that they produced and sold Chess sets of various quality and styles. However, despite putting their name on most of their other products, they never put their name on their chess sets. This has led to a real problem of identifying which style Staunton chessmen they did produce and whether they sold them at the retail level or only wholesale to retailer or other manufacturers. A report in the June, 1895 issue of Strand Magazine, by William G. FitzGerald, documents visits to several London firms that made sporting goods. The visit to F. H. Ayres takes up most of the space in the article. The article contains many images, though not actual photographs, but ‘half-tone’ images. 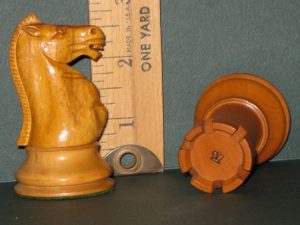