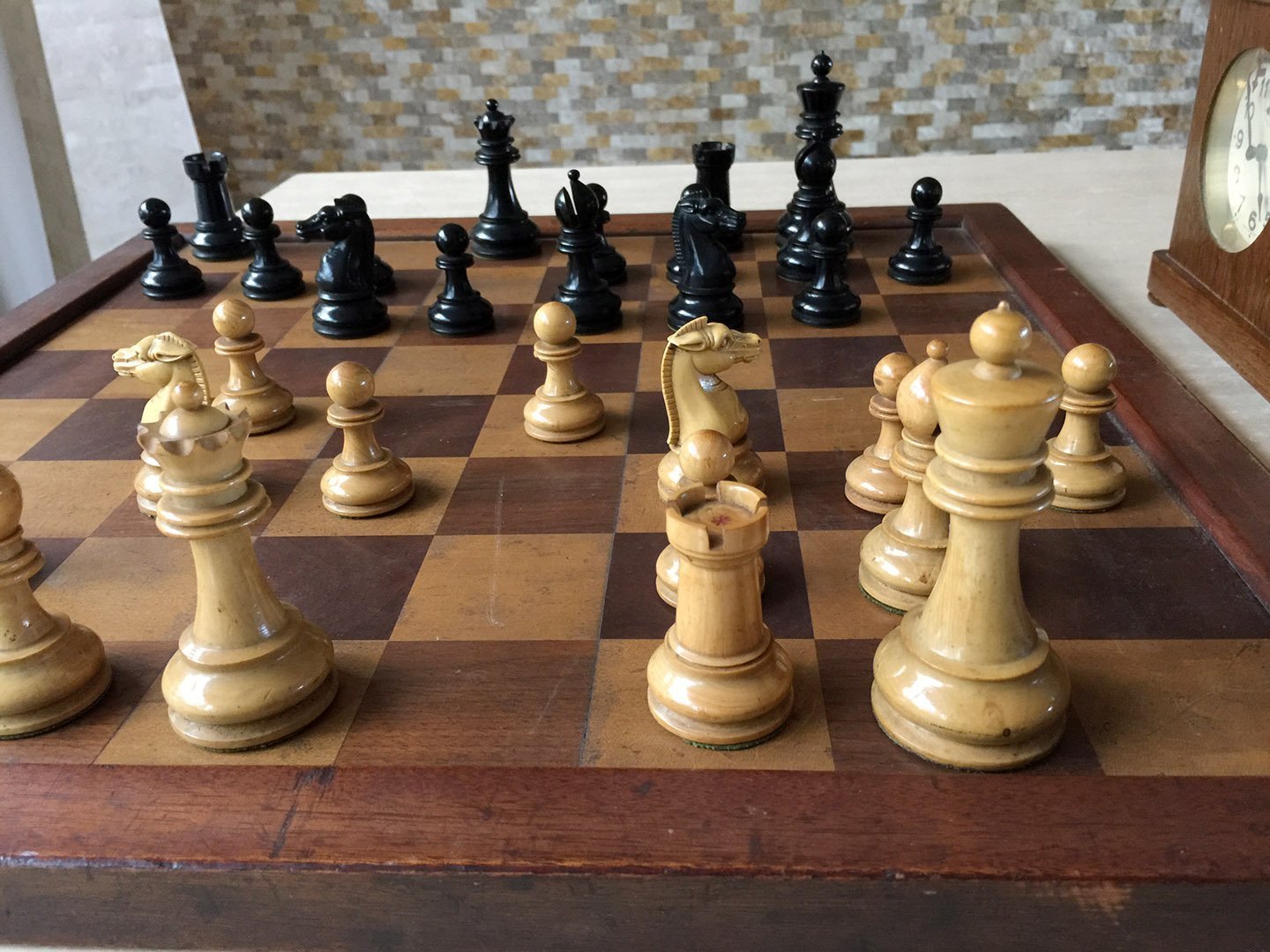 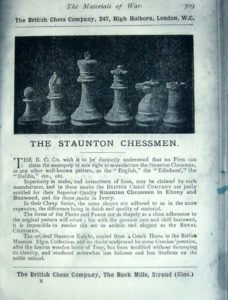 The British Chess Company (BCC) was founded by William Moffatt (1843-1918) and William Hughes. They began manufacturing chess pieces in 1891 and remained a minor competitor to Jaques of London in the high-end chess set market until their apparent demise around 1907 or so. This particular design was referred to as the British Chess Company Staunton Club Chessmen. By reinforcing the collars of the Pawns and changing the look of the Knights, Moffatt hoped to differentiate his chess pieces from the more popular upscale Jaques Staunton chessmen.