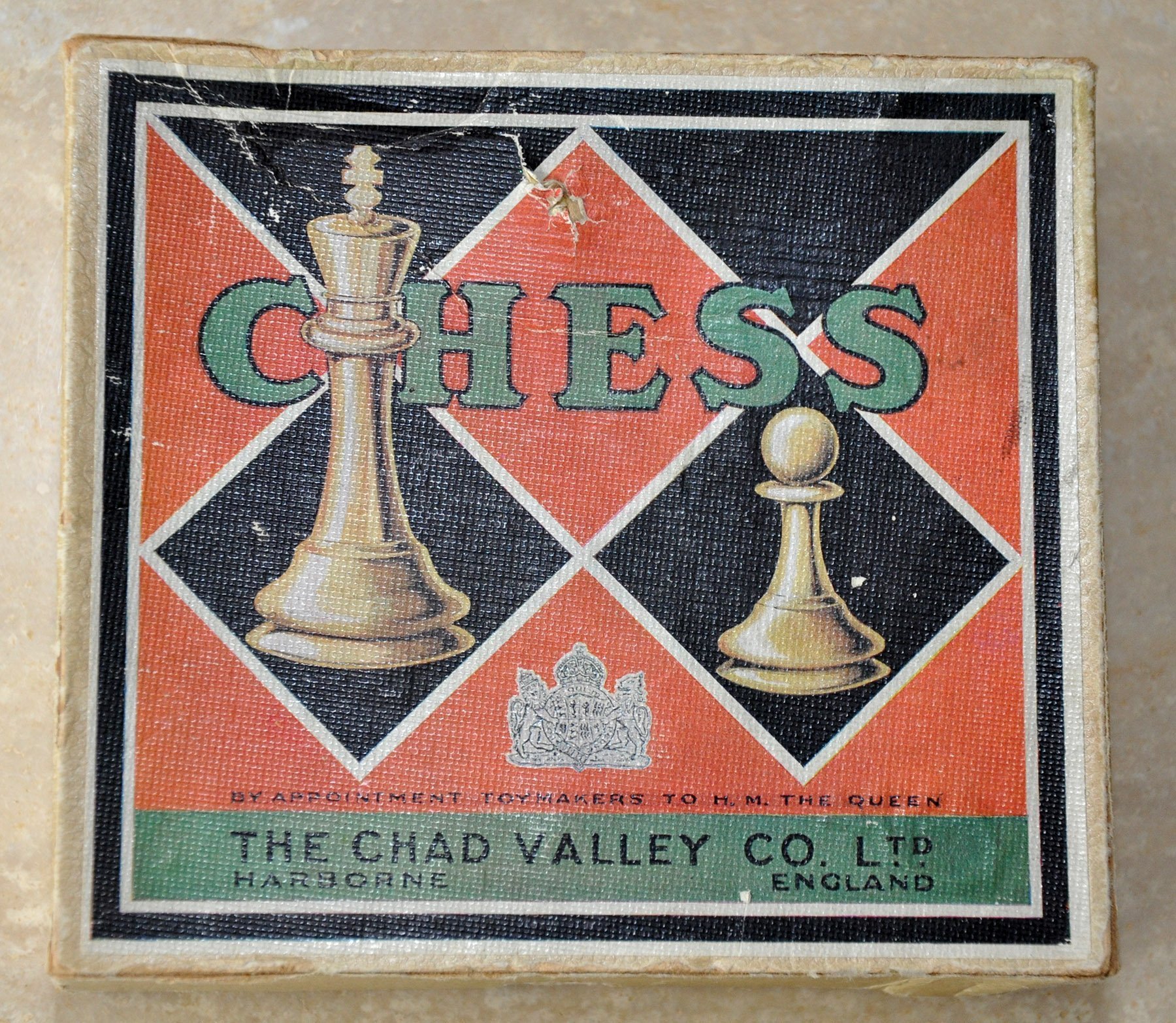 Offered here is a set of Vintage Chad Valley Plastic Chessmen, black and white plastic. This is an Authentic Staunton design, unweighted and unfelted. The chess set has a 2-3/4″ King with a 1-1/4″ diameter base. The chessmen and are housed in a cardboard display box with a decorative label “By Appointment. Toy Makers to H. M. The Queen.” The chessmen are in excellent condition. The display box is somewhat worn, but in tact. The chessmen play best on a chessboard with 1-5/8″ squares, not included in the box. The chessmen are circa 1940 vintage.

The chessmen were produced by The Chad Valley Company, Ltd., Harborne, England. The company has its roots in a printing business in Birmingham in the early 19th century. The company moved to the suburb of Harborne, in the valley of a stream called the Chad, giving its name to the Chad Valley district, from which the company name is derived. Chad Valley made a decision to expand their range to soft toys before WWI.

In 1938 the company received a Royal Warrant as ‘Toymakers to H.M. The Queen’. When Princess Elizabeth acceded to the throne in 1952 the warrant was changed to read ‘Toymakers to H.M. Queen Elizabeth the Queen Mother’. The company was one of the UK’s leading toymakers for most of the 20th century, by 1960 it was operating seven factories and employing over 1,000 people. In the 1970s, however, it closed several factories and cuts were made in staffing and production. The company was taken over by Palitoy in 1978.

The brand name was bought by Woolworths in 1988 and remained in use until that company’s closure due to insolvency. Home Retail Group, the parent company of retailers Homebase and Argos, purchased the brand for £5 million on 20 January 2009. In March 2016 Sainsbury’s bought Home Retail Group and Chad Valley.