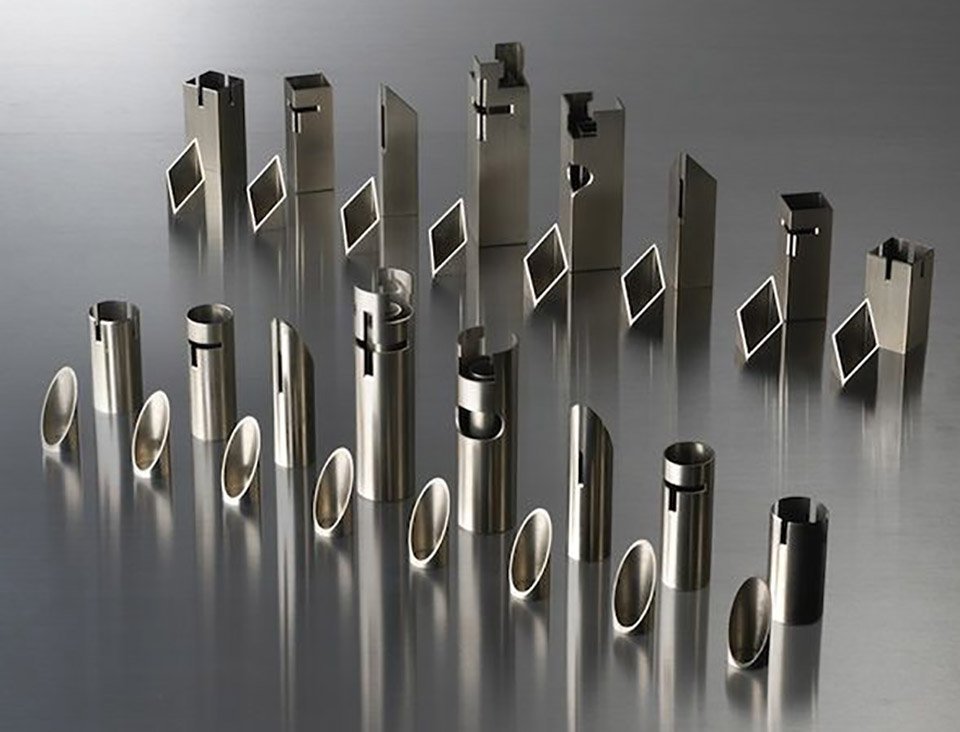 Before there was the Cy Enfiled Fischer-Spassky Commemorative puzzle chess set, there was this original, abstract, interlocking chess set.  This abstract chess set design, with clean lines, is typical of the 1960s Minimalist movement which permeated design and architecture in the 1960s. The assembled puzzle consists of two Nickel-Plated Brass tubes are almost 6 ½ inches long. All the pieces are contained within their respective Kings or Queens.  One army is of round cylindrical form while the opposing army forms a parallelepipied. rectangular cylinder. The cylinders lock and release by a simple push and rotation of the tubes. Medieval symbolism is used throughput the design (King’s cross, Queen’s heart, Bishop’s miter, Knight’s visor opening). . This is the chess set puzzle designed by Charles O. Perry that was sold through the Museum of Modern Art. The set includes the original fabric storage pocket which also includes the illustration page, showing the Puzzle Chess Set assembly process. The chessmen and pouch are in excellent condition. The Charles Perry Puzzle chess set is also featured in the book “Chess Sets” by F. Lanier Graham (page 82).

Perry lived in Rome during the 1960’s and designed this Chess Set in 1965 while at the American Academy In Rome. The chess set was marketed in 1967 by the Museum of Modern Art,  The initial edition was 500 sets, but 300 were subsequently destroyed. All of the sets were sculpted by hand from metal pipes. Perry also designed a circular chessboard. The Perry Puzzle Chess Set has become highly valued by serious chess collectors.

Charles O. Perry (1929-2011) was best known for his large-scale public sculptures. The recipient of the Prix de Rome prize in architecture, Perry completed more than one hundred public art commissions throughout the World. Perry’s sculpture “Continuum” stands in front of the National Air and Space Museum in Washington, D.C. His other public works can be seen in many colleges and Universities.

As an industrial designer, Charles Perry invented three IBD prize-winning chairs. Those patents are licensed to Krueger International, Virco, and Steelcase. He also created a collection of jewelry and silver for Tiffany & Company, sculptural puzzles for the Museum of Modern Art and the Smithsonian Institution, and a chess set which is part of the Design Collection of MoMa. Though it grew from his fascination with mathematics and natural forms, Perry’s work transcends its origins to become, in Perry’s words, “its own self.”

More information on Charles O. Perry can be found here.