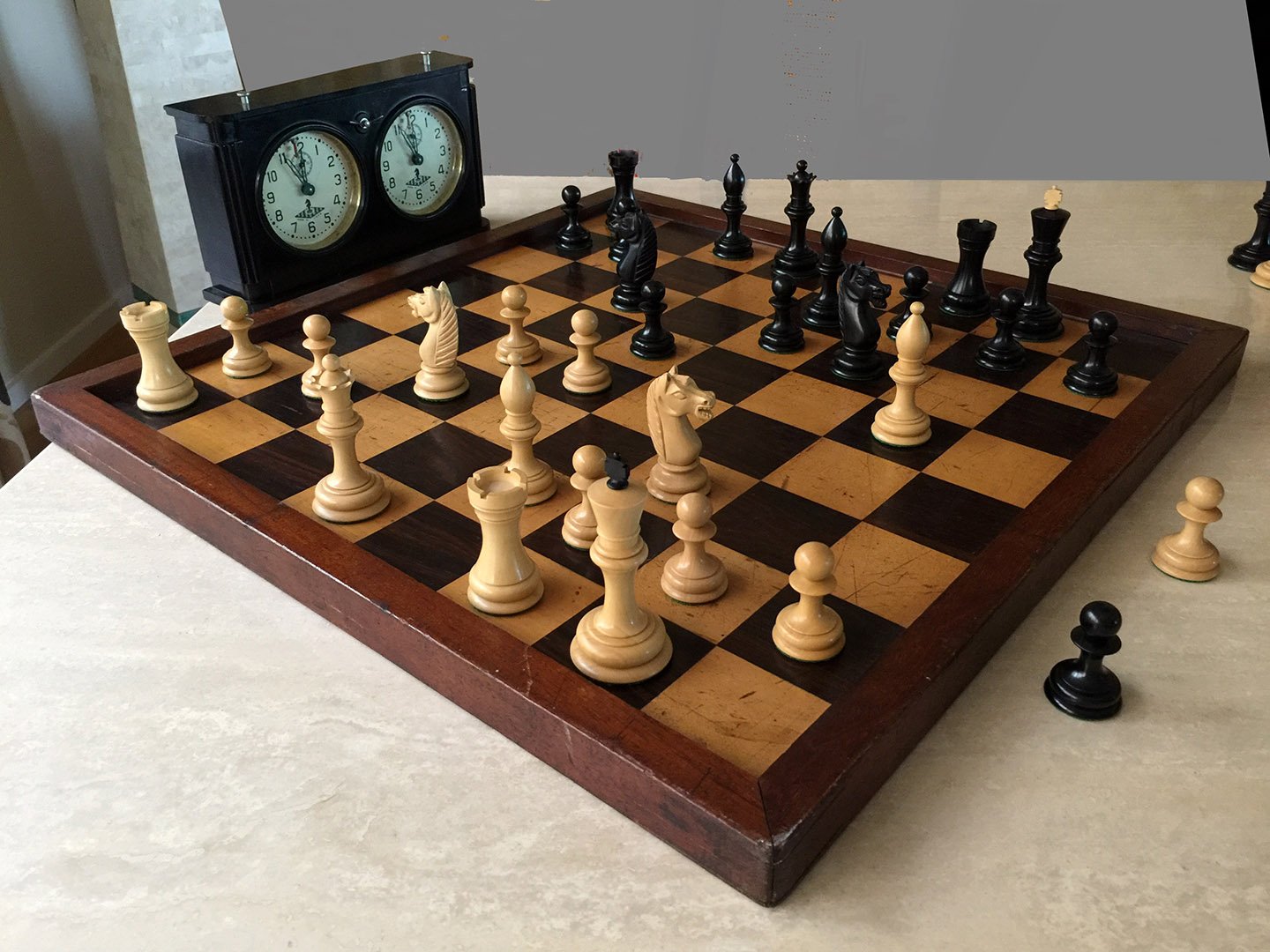 This offering features a Club Size Antique Jaques Style Chessboard. The chess board squares are Sycamore and Rosewood veneer with a Mahogany veneer back and a solid Mahogany frame. The chessboard measures 22″ square. The square size is 2-1/2″. The condition of the chessboard is quite sound. The chess board appears to have been produced in the mid-to-late 1800s. The chessboard is designed to accommodate chessmen with a base diameter of between 1-7/8″ and 2-0″. The Botvinnik-Flohr Reproduction chessmen and the antique Russian Clock are not included in this offering, but are available elsewhere on this site.

This English-made framed playing field style chessboard was in common use until World War II. After the War, much more economical wooden chess boards started appearing from other European countries such as Spain, Poland and Germany. Chessboards bearing the Jaques of London and British Chess Company stamping were all most likely produced by the same factory in the UK.