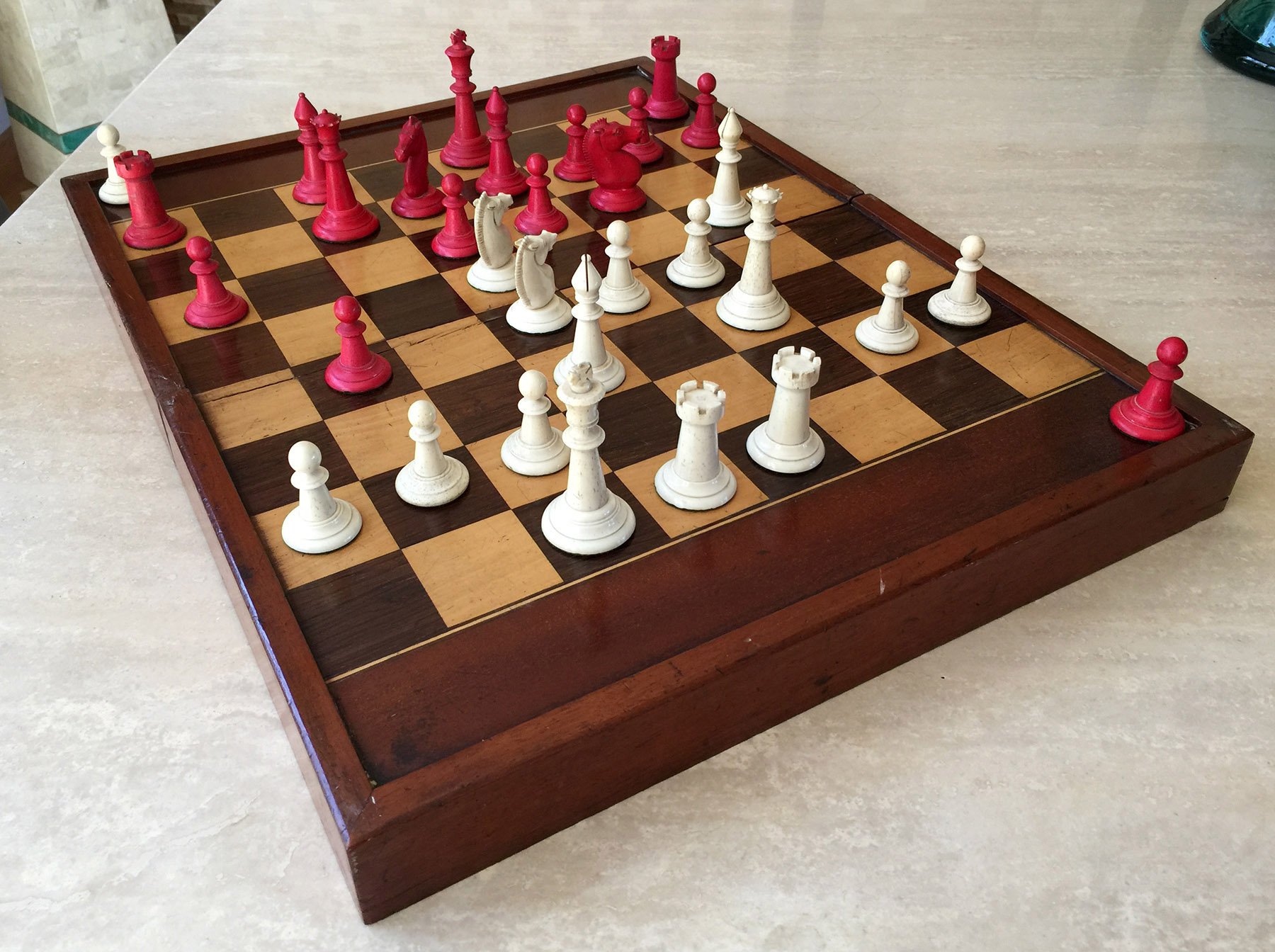 This offering is a very rare and unusual Corbould Bone Staunton Chess Set. The set is fabricated from natural and res-stained bone. The King is 3″ tall with a 1-5/8″ diameter base. The Kingside Rooks and Knights bear a crown stamped on their summits. These set were also produced in boxwood and Ebony. The King height belies its true board presence, as the chessmen are very broad-based and play best on a chessboard with 2-1/4″ squares. An unusual feature of these sets is that the cross finials unscrew on the wooden sets as well as the bone sets – a very unique praxis. The suite includes a set of natural and red-stained bone draughtsmen. The chessmen and draughts are housed in a specially modified folding storage chessboard box. The Chessboard/box measures 19-1/2″ (Open) x 15-1/4″, 3-1/4″ thick (Folded). The rosewood and sycamore squares are 1-7/8″. The frame is mahogany with ebony and boxwood delimiters. The chessmen, and draughtsmen are in excellent condition. The folding storage box, which has a Backgammon board on the reverse side, is in very good condition, but has a typical linear split near the fold.

The chessmen were designed by Edward Henry Corbould (1815 – 1905), the English painter, illustrator and sculptor. The design drawings are dated February 13, 1877. Corbould was employed by the Warren De La Rue Company. They employed a number of Artists to design their book covers, playing cards and other novelty and game items. The De La Rue company is noted for their introduction of the Combined Pocket chessboard which were introduced in the early 1880s.

The covers of for the Pocket Chessboard were design 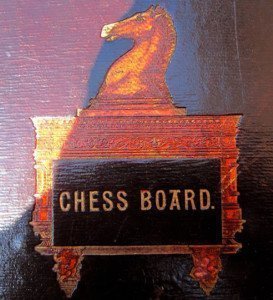 ed by the noted artist Owen Jones and the chessmen for the pocket set were designed by Edward Corbould. The chessmen offered here were not produced by De La Rue. It is not entirely clear who actually manufactured them, but they are of very high quality end execution. The Knights closely resemble the Jaques Knights of the late 1860s and the cross finials remind one of those used on the better British Chess Company sets. An image of a set of disc chessmen employing the Corbould chessmen design is shown above. It is not clear who produced these set or if the manufacture and sale was approved by Corbould.