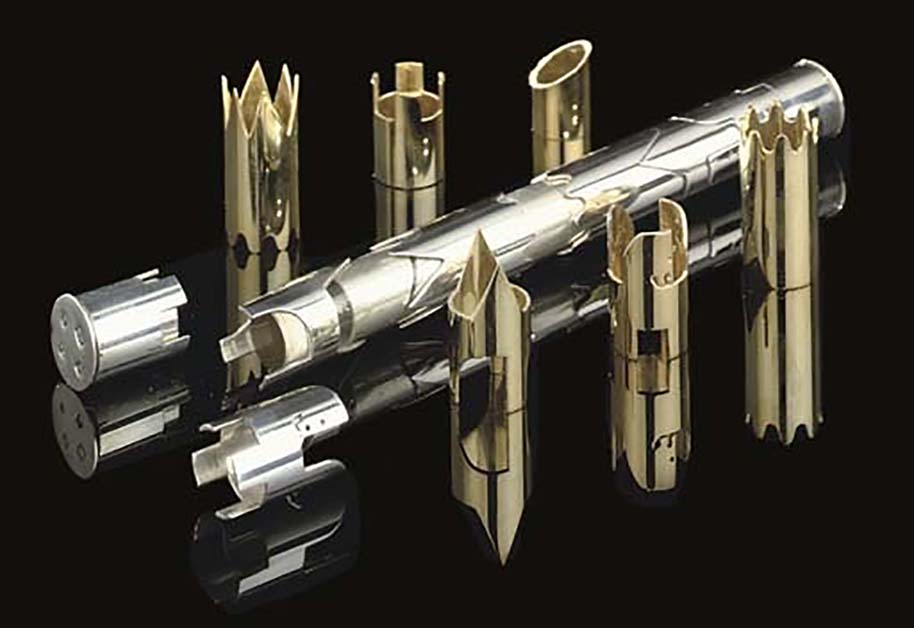 Offered here is a rare Cy Endfield Fischer Spassky Commemorative Chess Set. The pieces are silver and gilded silver, and are housed in a white, silk-lined. black leather, clam shell case which also houses the silver and black folding chessboard. These sets were created to commemorate the historic 1972 World Championship match between then Champion Boris Spassky of the Soviet Union and home-grown Robert James Fischer. Initially, six sets were produced to be signed by both players, but only Spassky signed.  An additional number of sets were subsequently produced which were unsigned. This is one of the unsigned sets. The set is in absolutely mint condition.

Cyril “Cy” Endfield was a film director, magician and inventor. Among his many achievements is this unique chess set which he patented in 1974 in the US (3,806,128). This chess set, which allows one to interlock all the chess pieces into a tube for easy storage, was the official FIDE commemorative chess set for the legendary 1972 chess battle between the American chess genius Bobby Fischer and the Russian protege Boris Spassky. The set was originally made in a limited edition of six, followed by a number of unsigned sets. The front page of the patent  shows the basic design of the tubular stack.

The illustrations show  the Cy Endfield set assembled. The inner stack was formed by a Plexiglas rod onto which the pawns were stacked. A plastic cover is slipped over the pawns to prevent them from being scratched by the other pieces, which are stacked over the pawns to form the outer cylinder. The silver and black chessboard folds to form a neat small package.