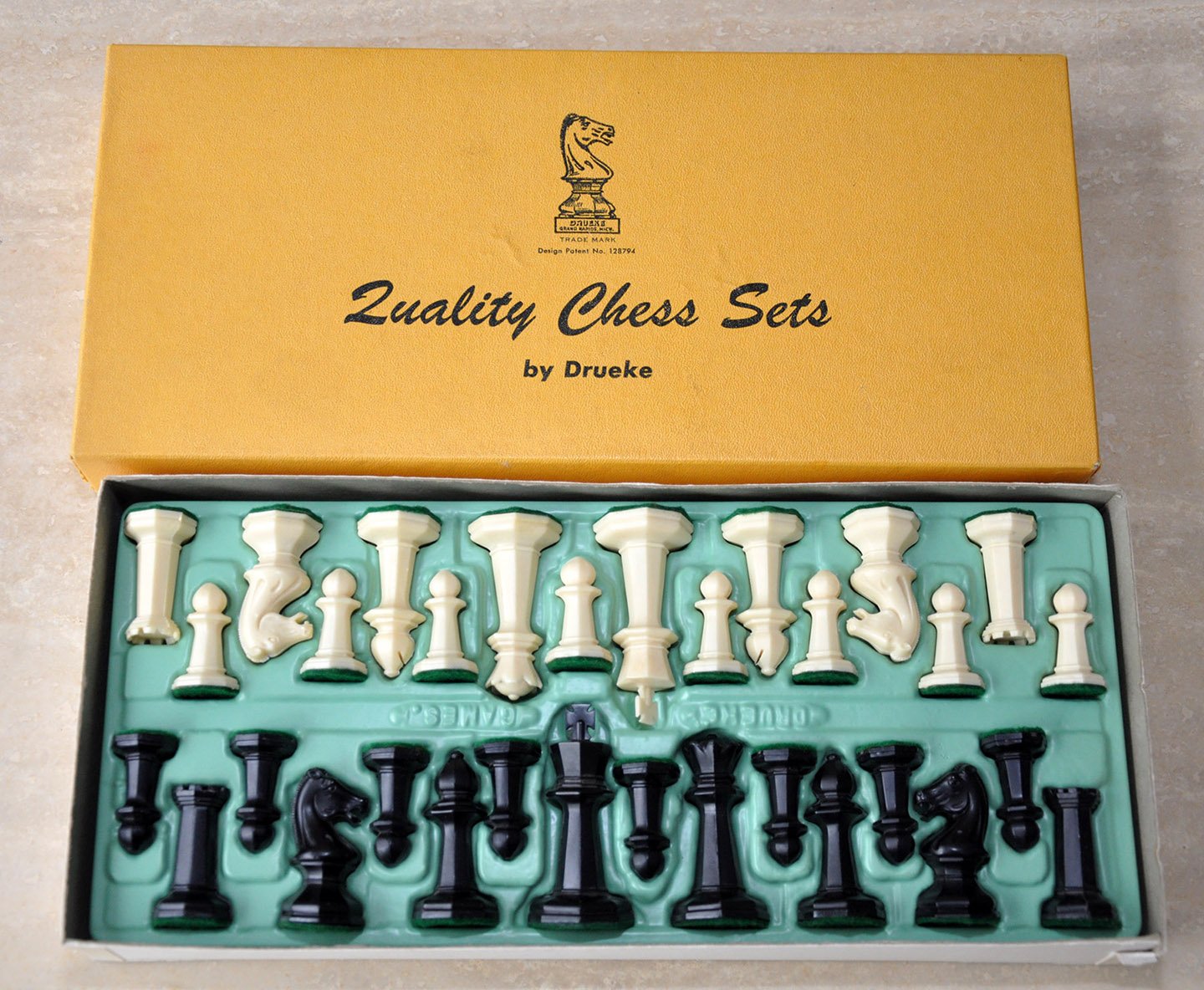 Offered here is a set of Vintage Drueke Octagonal Chessmen, No. 23, in black and White Plastic, weighted and felted. in its original yellow display box with compartments for the individual chessmen. The chessmen are mounted atop green felt base pads. The chess set has a 2-1/2″ King with a 1-1/8″ base. They play best on a chessboard with 1-1/2″ squares. The Drueke Octagonal chessmen and display box are in excellent condition.

On June , 1941, a patent application was filed for the “American Design” chessmen, Design Patent N0. 128794. It was a unique, octagon-shaped variation, of the classic Staunton design. It was the company’s first step in turning to plastic to produce chess sets rather than wood. . Since the company did not obtain its own plastic injection equipment until 1954, it seems safe to assume the production of those first early sets had to have been contracted out. The American Design only came in one size, a 2-1/4″ King, but in several configurations.

In July and August of 1972, American Bobby Fischer beat the Russian chess champion Boris Spassky in Reykjavik, Iceland. Drueke games received a priceless promotion when photos showed Bobby Fischer practicing with Drueke chessmen. This caused sales of the Drueke Simulated Wood chessmen to soar, and would be found at most tournaments and chess clubs. This set came in three sizes, the Library-size with a 2-3/8” King – which later grew to 2-1/2″, the Tournament-size with a 3¾”King and the Imperial with a 5” King. The latter was also available in a Walnut finish. They also offered a magnetic ‘travel’ set.