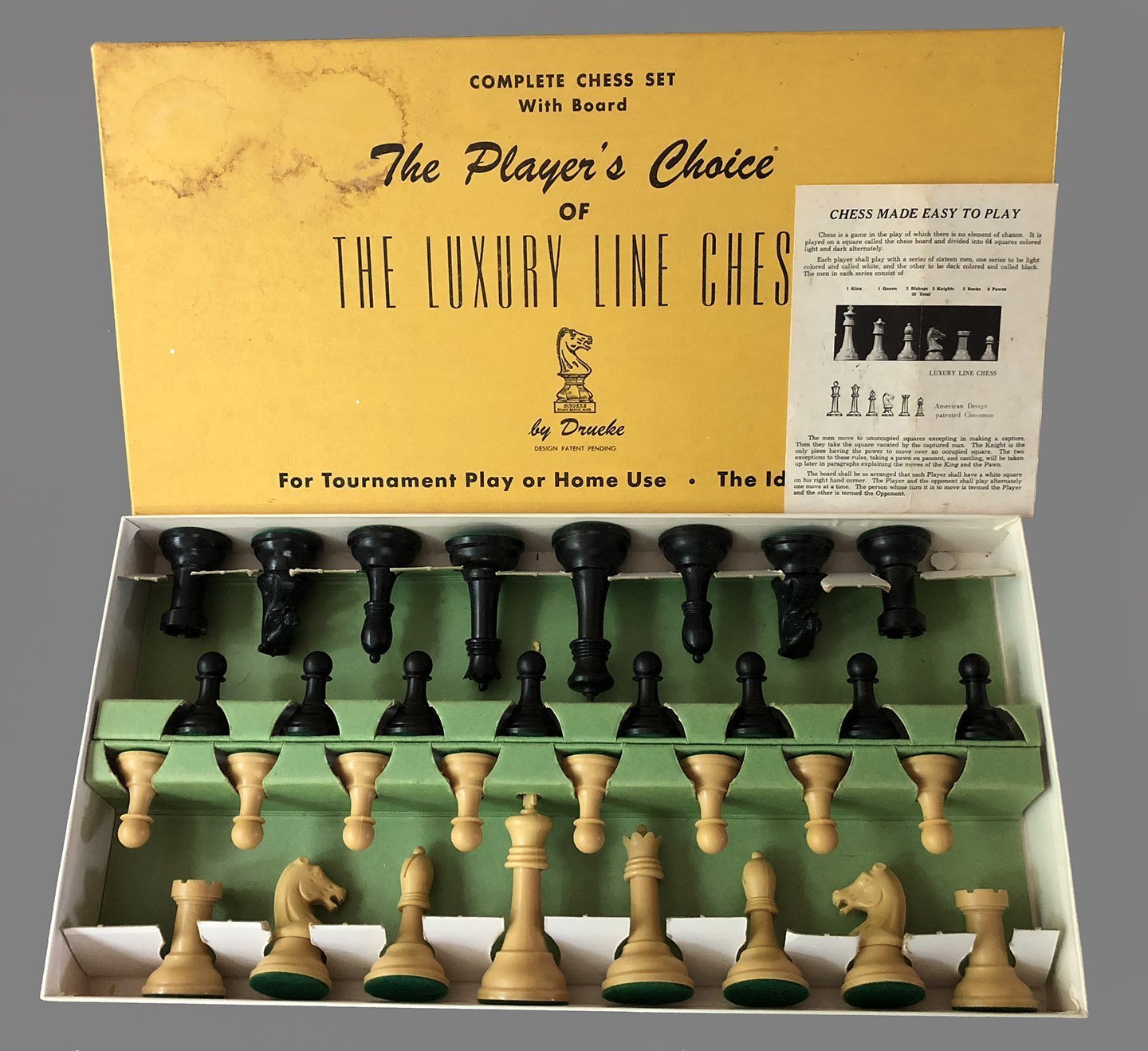 Offered here is a Vintage Drueke Players Choice Chess set, Simulated Wood Plastic, weighted and felted, Model #6035 (Same as 35H) in its original flat yellow cardboard storage box. This is an Authentic Staunton design. The chess pieces are mounted atop green felt base pads. The Drueke Players Choice chess set has a 3-3/4″ King with a 1-5/8″ diameter base. Included are a folding chessboard and the “Chess Made Easy to Play” Drueke pamphlet. The chess pieces, chessboard and storage box are in excellent condition. The top of the storage box has a stain, but is otherwise sound. The Drueke Players Choice Chess Set was first put into production in the early 1960s. This is one of the older configurations with the Walnut hinge-top box. The chessmen play best on a chessboard with 2-1/4″ squares.