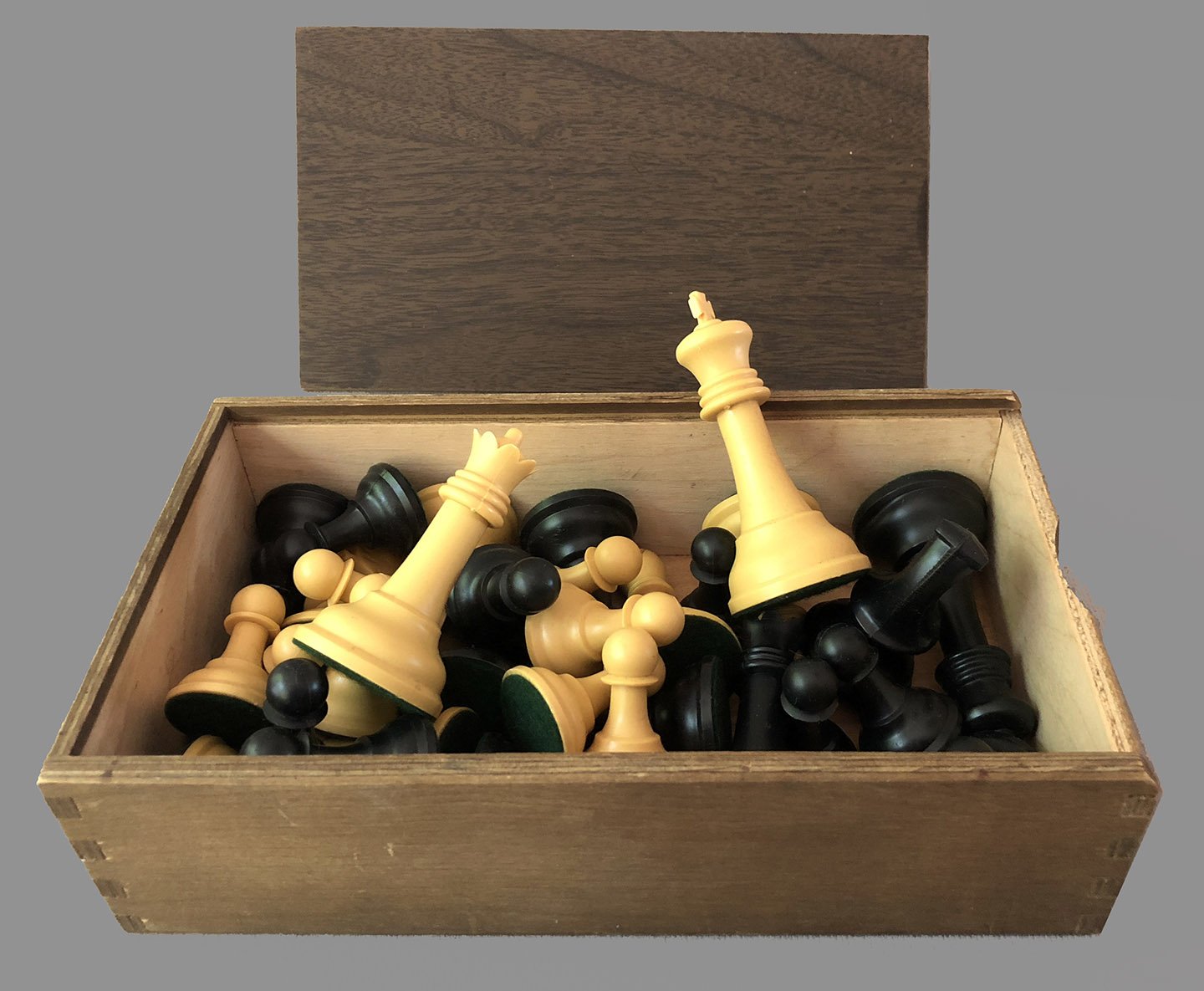 Offered here is a set of Vintage Drueke Players Choice Chessmen, Simulated Wood Plastic, weighted and felted, Model #36. in its original dark brown simulated Walnut storage box with a note from the original owner. This is an Authentic Staunton design. The chess pieces are mounted atop green felt base pads. The chess set has a 3-3/4″ King with a 1-5/8″ diameter base. The chess pieces and storage box are in excellent condition. The Drueke Players Choice chessmen were first put into production in the early 1960s. The chessmen play best on a chessboard with 2-1/4″ squares. To see our extensive collection of new and antique chessboards, please click here.