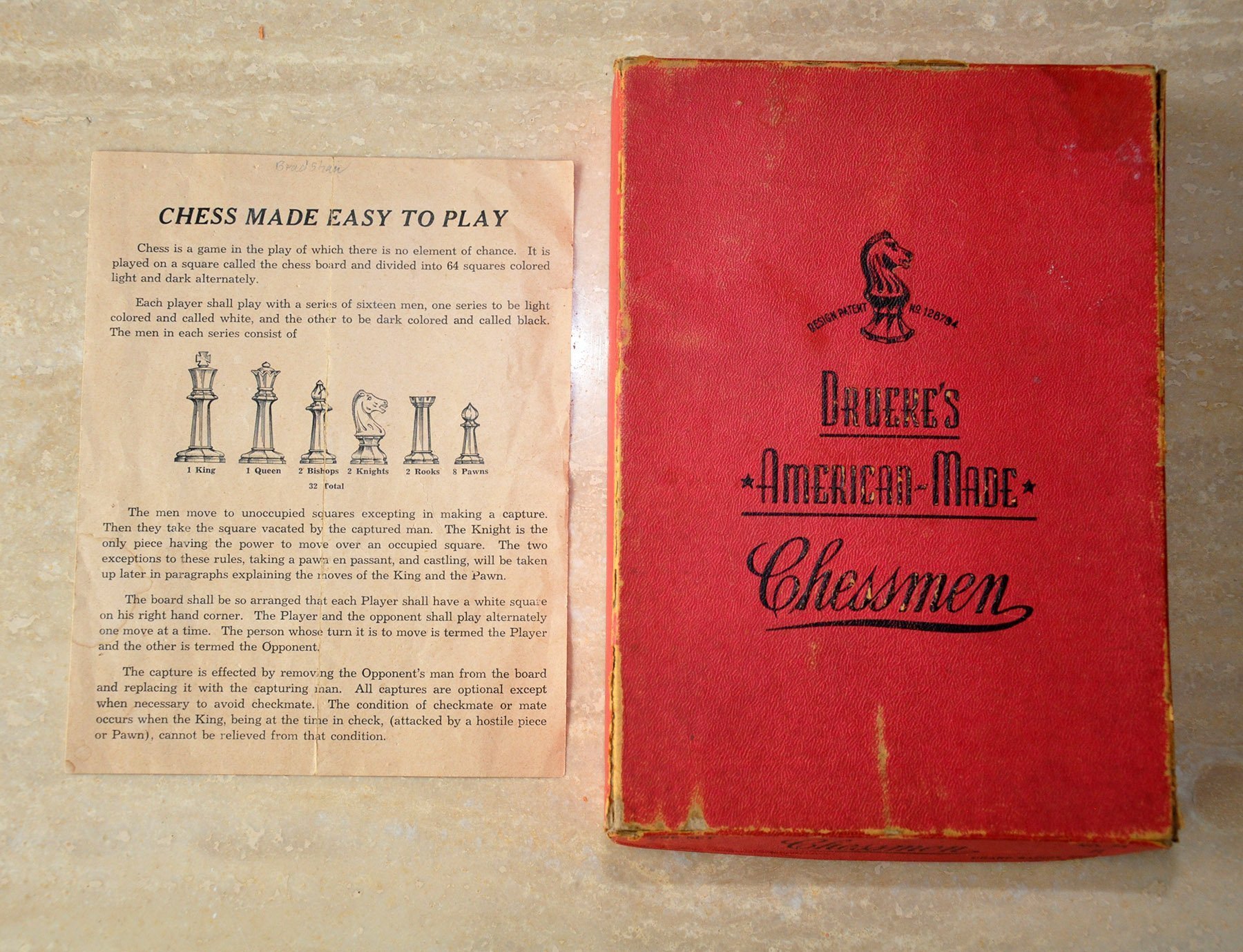 Offered here is a set of Vintage Drueke Red Octagonal Chessmen, No. 23R, red and ivory plastic, weighted and felted. in its original red cardboard display box with compartments for the individual chessmen and Chess Made Easy to Play instruction sheet. The chessmen are mounted atop green felt base pads. The chess set has a 2-3/8″ King with a 1-1/8″ base. They play best on a chessboard with 1-1/2″ squares. These chessmen are significantly heavier than the other weighted Octagonal chessmen, although the set number designation is the same as for other weighted octagonal sets. The Drueke Red Octagonal chessmen are in excellent condition, as are the box bottom half and the inserts. However, the lid is worn and the seams of the four sides have split.

In July and August of 1972, American Bobby Fischer beat the Russian chess champion Boris Spassky in Reykjavik, Iceland. Drueke games received a priceless promotion when photos showed Bobby Fischer practicing with Drueke chessmen. This caused sales of the Drueke Simulated Wood chessmen to soar, and would be found at most tournaments and chess clubs. This set came in three sizes, the Library-size Octagonal Chessmen with a 2-1/4′ King – which later grew to 2-1/2″; the Tournament-size Players Choice with a 3¾”King, and the Imperial with a 5” King. The latter was also available in a Walnut finish. They also offered a magnetic ‘travel’ set.