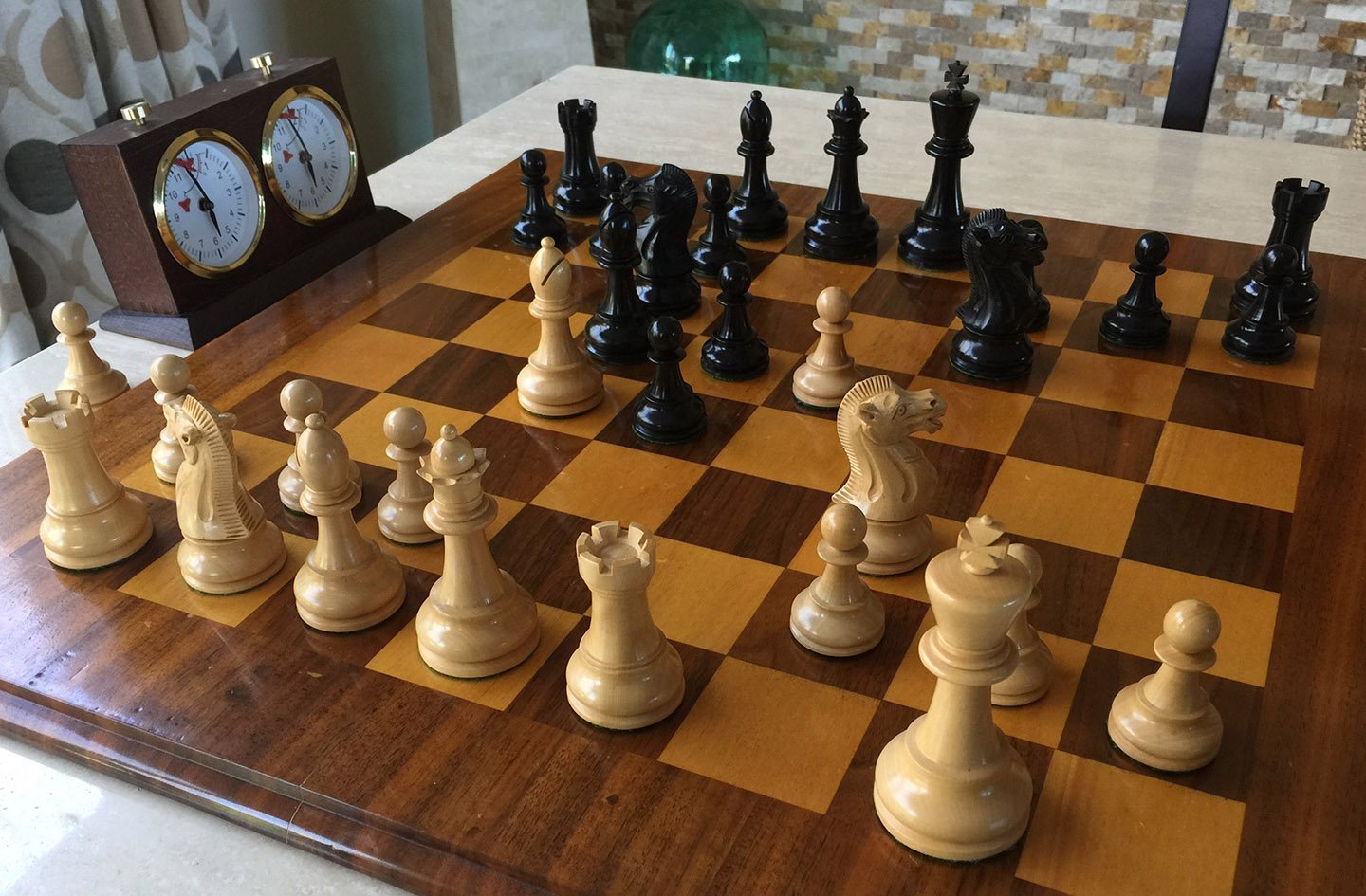 Offered is a set of Ebony Pioneer Elite Chess Pieces by Legend Products. The King is 4″ tall with a 1-3/4″ diameter base. The chessmen are weighted and felted and are housed in an attractive Rosewood hinge-top box. The Ebony Pioneer Elite chessmen are new with none of those unsightly base cracks typically found in Indian-made Ebony chess sets, a centuries-old problem that has been solved by Frank Camaratta’s patent pending process which is employed for all premium House of Staunton Ebony Staunton chessmen.

These chessmen were designed and manufactured in India to compete with the Camaratta designed and universally copied House of Staunton Collector Series chessmen, which were introduced in 1996. Although the Pioneer Elite is several cuts above the glut of Indian-made sets that flooded the country following the 1972 Fischer-Spassky World Championship Match, it falls far short of the intended Collector Series Chessmen target in design elegance, weight consistency and overall quality.

Although a very nice playing set, Legend Ebony Pioneer Elite chessmen have the same serious design flaws typical of all chessmen produced in India. First, they lack the broad-base, graceful elegance of the House of Staunton Collector Series chessmen. Next, the Knights are grotesque and far too tall and bulky  in relation to the other chessmen. The Bishops have a rather cartoon-like appearance and the Rooks, which are Major pieces, are grossly undersized. The King’s cross finial is too large in relation to the King height, making King appear taller than a properly proportioned Staunton King (See the comparison with the House of Staunton’s 4-0″ Collector Series King). Then there is the wildly exaggerated dome of the Queen’s coronet. It is almost like Indian carvers have a Dolly Parton fixation.

That said, if you are looking for a reasonably priced, good quality, full tournament-sized, solid Ebony set of chessmen, you could do far worse than this Ebony Pioneer Elite.   They are second only to Camaratta designed chessmen offered exclusively through The House of Staunton.