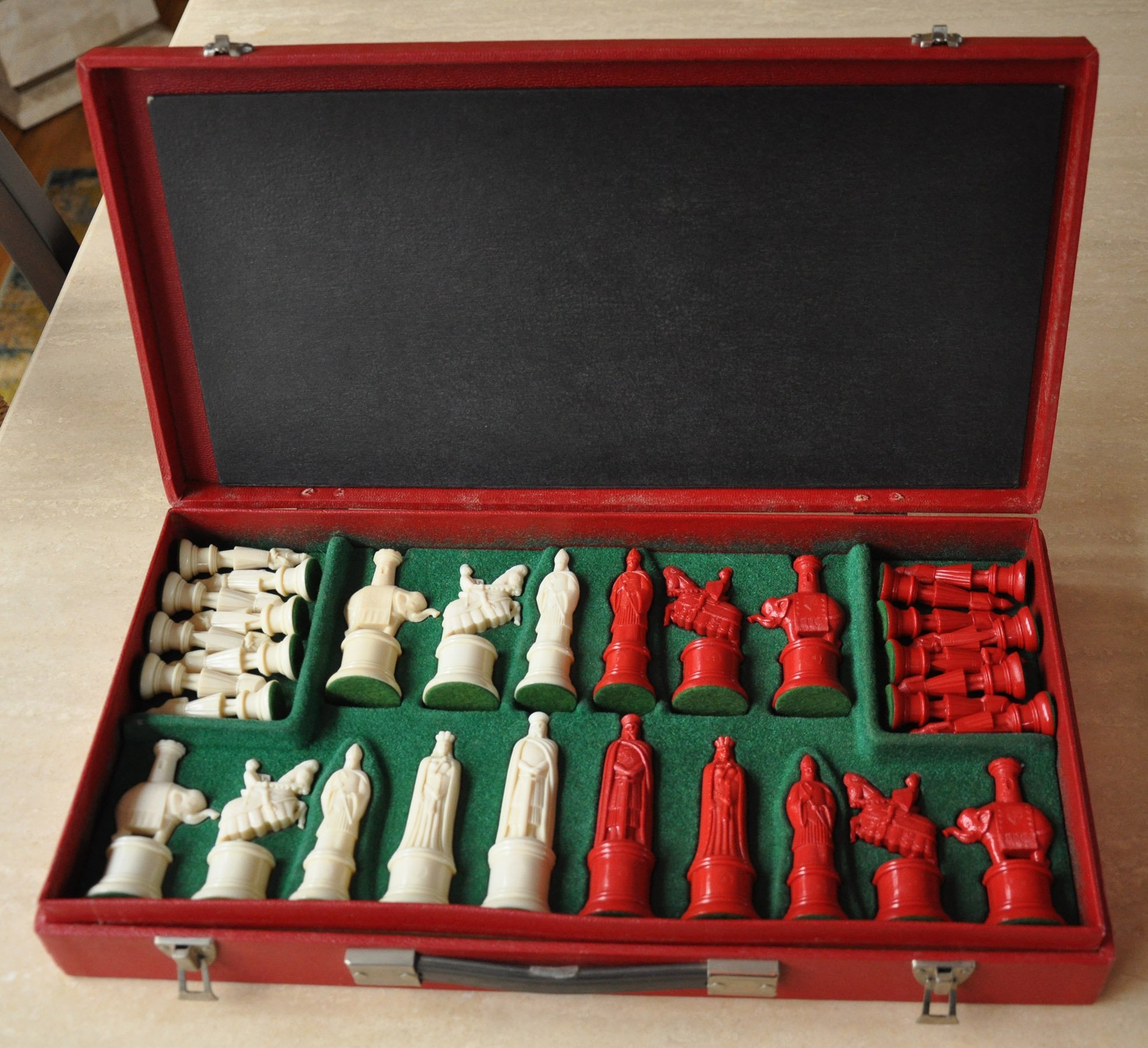 From our Nostalgia collection, here is a cased set of Florentine red plastic chessmen, cast as 11th century figurines. weighted, with a King height of 4-0″, marketed by Kingsway and copyrighted in 1947. The suite consists of 32 red and natural plastic Florentine chessmen, a folding cardboard chessboard, and fitted compartments all housed within a leatherette hinge-top case with snaps to secure the case in the closed configuration, all in near new condition.

Kingsway was a rather small, one-man corporation, organized in 1947, which manufactured and sold plastic chess sets, plastic card holders and some other items. The first and main item manufactured and sold by Kingsway was its “Florentine” figurine chess sets. Kingsway first started selling plastic chessmen in 1947. On the front bottom of the pedestal of the King and Queen is molded “Kingsway, Inc.” and on the back, the Kingsway Florentine trademark. In 1959, they started selling its chess sets under the name “Florentine” chess sets.

Kingsway was the first manufacturer of inexpensive plastic figurine chessmen. Between the years 1947 and 1962, they sold one and one-half million dollars worth of “Florentine” or “Kingsway Florentine” chess sets.