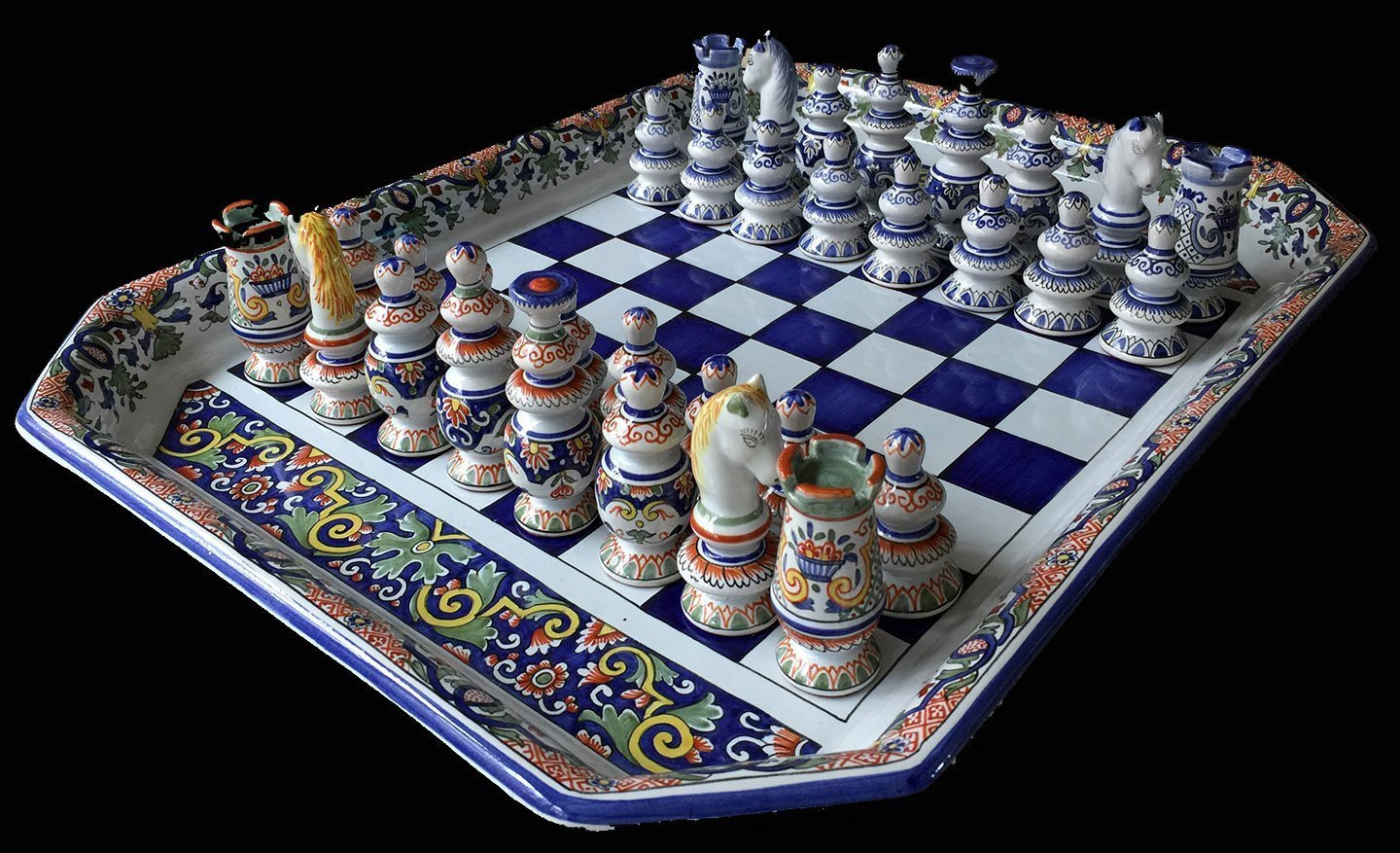 This is an original porcelain French Faience antique chess set with its accompanying faience chessboard tray. This set is made of faience, a fine form of glazed pottery, in a French Ceramic factory in Rouen, in the early 20th century. It is a reproduction of their very famous 18th Century chess set. Rouen made a number of chess sets primarily for export to England. The production of these chess has long ceased and examples have become extremely rare and collectible.

Then called “Saint George sets,” they are known now as the Régence style. One side is predominantly blue and white, the other side predominantly brown and white, together with its faience chess board/tray, similarly decorated, with the maker’s mark to the underside. The fleur-de-lis is repeated as a decorative leitmotif throughout the arabesque design. The king stands 4” Tall, the board measures 20-5/8” x 16-1/2”. A history of the Rouen factory and and these chessmen can be found at:  http://www.ccifrance.com/42.html