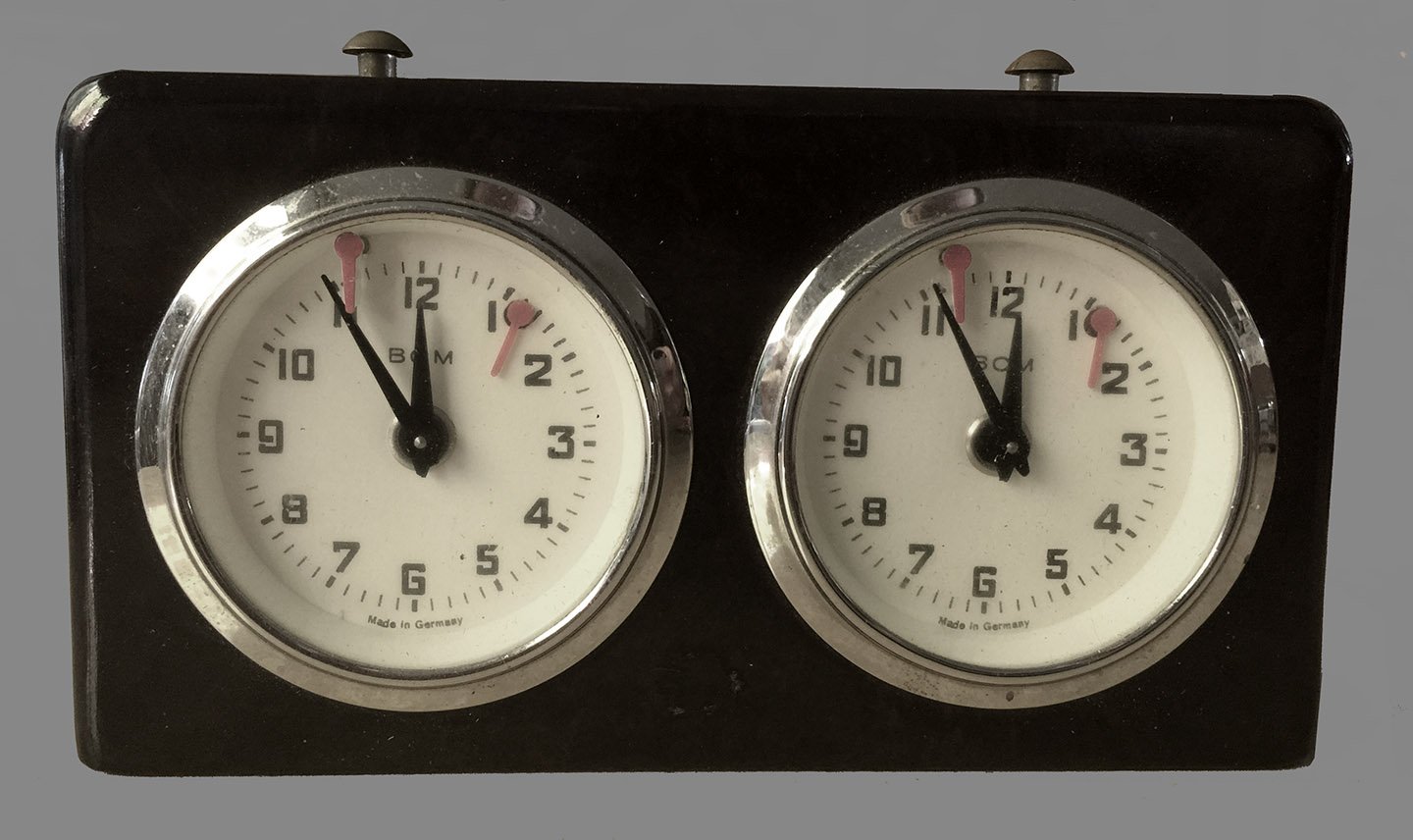 This offering features an older German Analog BHB Chess Clock. The black plastic case measures 6-1/4″ x 3-1/4″ x 2″ This West German-made mechanical analog clock features  two wind-up mechanisms can be independently stopped by pushing button mounted atop the plastic case, which employs metal strips to engage one of the hair springs, thus causing that timing mechanism to stop. There is a flag indicator to indicate whether the allotted time for completing a preset number of moves has expired. Both the movements are in good working order. The clock is housed in its original, somewhat worn, cardboard box.

These West German analog BHB chess clocks have been produced since before 1960 and, sadly, have been widely copied, most recently by several firms in China. This particular clock is like new.