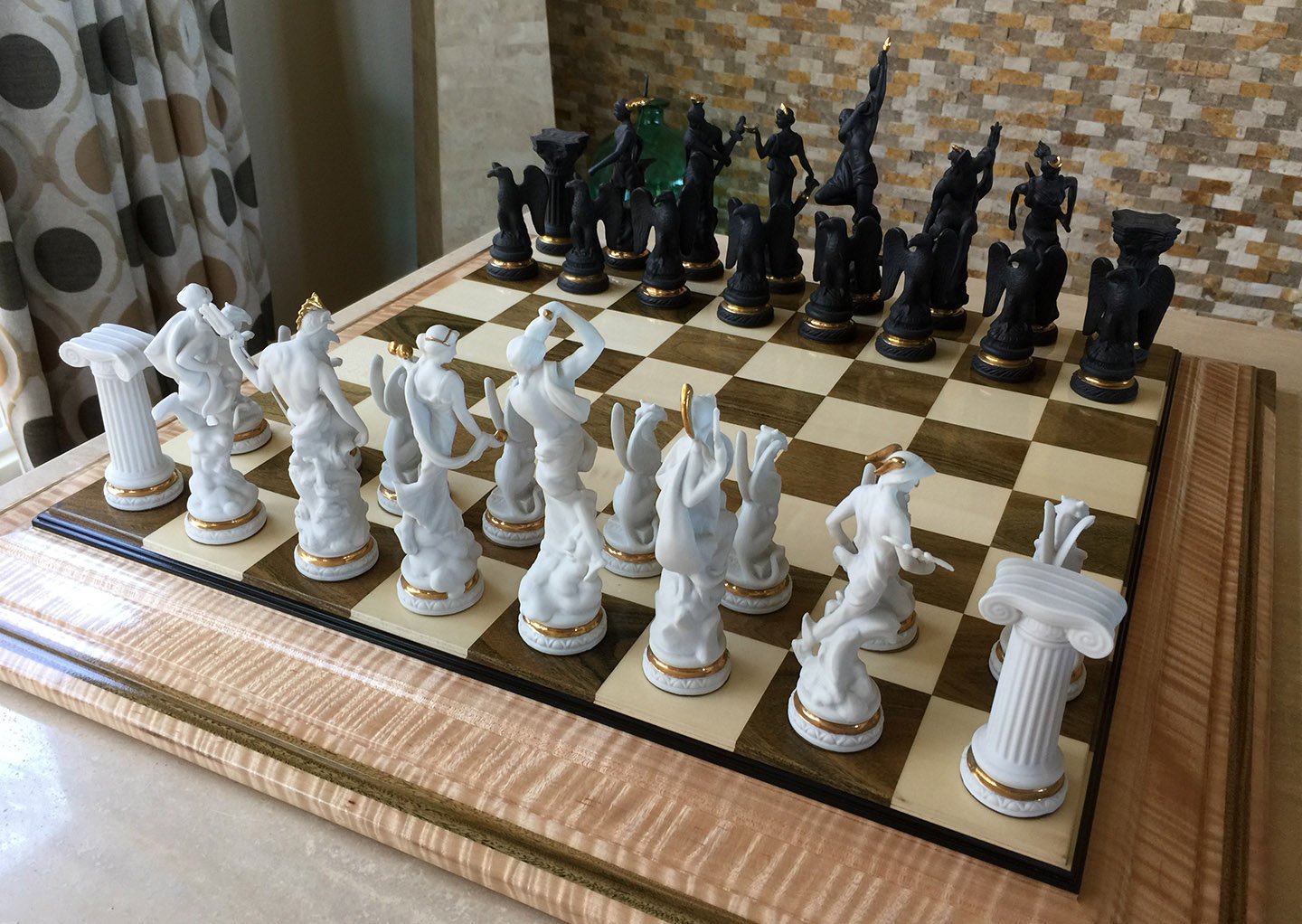 Chess Set of the Gods Chessmen by Franklin Mint.

Offered here is a set of the Gods Chessmen by the Franklin Mint, produced in 1988. Each of the chessmen are original sculptures, meticulously hand crafted in the finest bisque porcelain, accented with 24 karat gold banding. A masterpiece of incomparable Elegance, the chessmen were inspired by Gods of Ancient Greece & Rome and created by World-Renowned sculptor Stuart Mark Feldman, handcrafted in White and Black Bisque porcelain. The King stands an impressive Kings 6 inches Tall. The chess set is complete with its original storage box, chessboard and cards describing each of the chessmen. The chessmen are as new. The storage box has a few minor scratches. The large Verawood and Holly chessboard on which the pieces are displayed is not included, but can be purchased here.

Throughout its history, the Franklin Mint has been known for creating luxury versions of several chess sets, but none is more exquisite than their Chess Set of the Gods.

The playing pieces have been designed with black pieces representing Roman gods and white pieces representing their Greek counterparts.  Each piece is clearly identified by the name of the God under the base. The quality and detail of these pieces is impeccable.  These majestic pieces can be proudly displayed as statuettes — it’s like having a miniature museum exhibit!   This lot includes the 32 chess pieces, the storage/display case, and all of the original description cards.