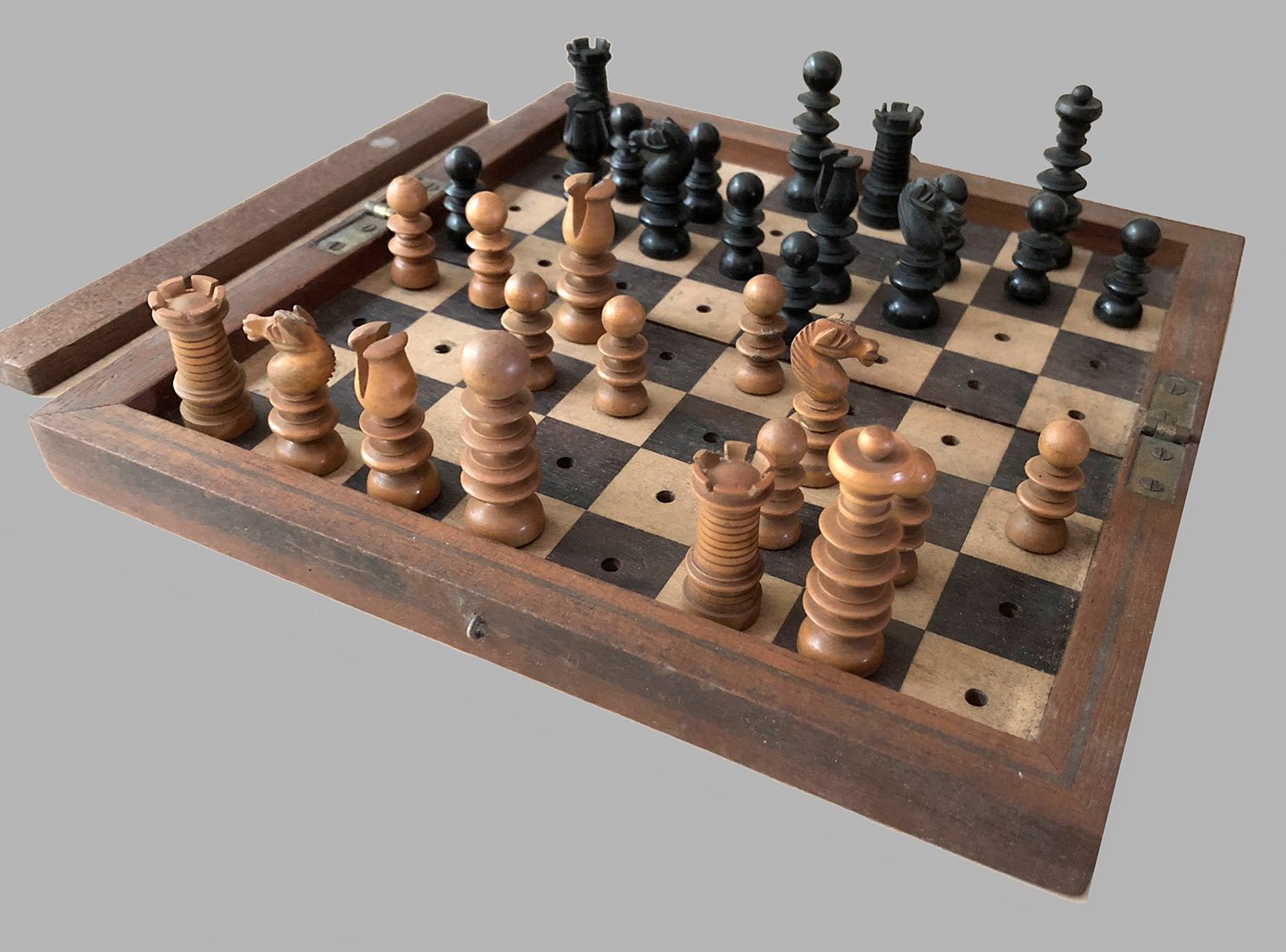 Offered here is a fine quality Hezekiah Dixon Saint George Travel Chess Set in Boxwood and Ebony. The King is 1.8″ tall”.  The Mahogany chessboard/box measures 8″ square and has 7/8″ Rosewood and Sycamore squares. The chessmen, storage box and playing field are in excellent condition. The chess set is early Victorian period, around 1840. These chessmen were most likely produced and sold by Hezekiah Dixon from his workshop at 172 Fenchurch Street. Dixon Saint George Chessmen are quite rare and very few of these sets have appeared in the marketplace. There is some debate surrounding who actually made the Knights for the Jaques Saint George Chessmen. Based on similar chess pieces produced by Hezekiah Dixon, it is entirely possible that Dixon also made the Knights for the Jaques chess sets.

The Saint George (or St. George) pattern chessmen are a variation of the ubiquitous English Playing sets designed with minor modifications, among which was the replacing of the cross finial with a simpler ball or plume, for the Saint George Chess Club. The St. George Chess Sets were designed for the Saint George Chess Club and first appeared around 1840. This is a very practical chess set design and was in common use through the early 20th Century. Aside from Jaques , chessmen of this type were produced by John Calvert, William and Thomas Lund, F. A. Ayres, British Company, George Merrifield, and John Jaques, among others (see Jaques 1860 Pattern Book Image).

Hezekiah Dixon was located at 172 Fenchurch Street from 1848 through 1853 according to the London Directories. The family also had several businesses at that address.

About the Saint George Chess Club.