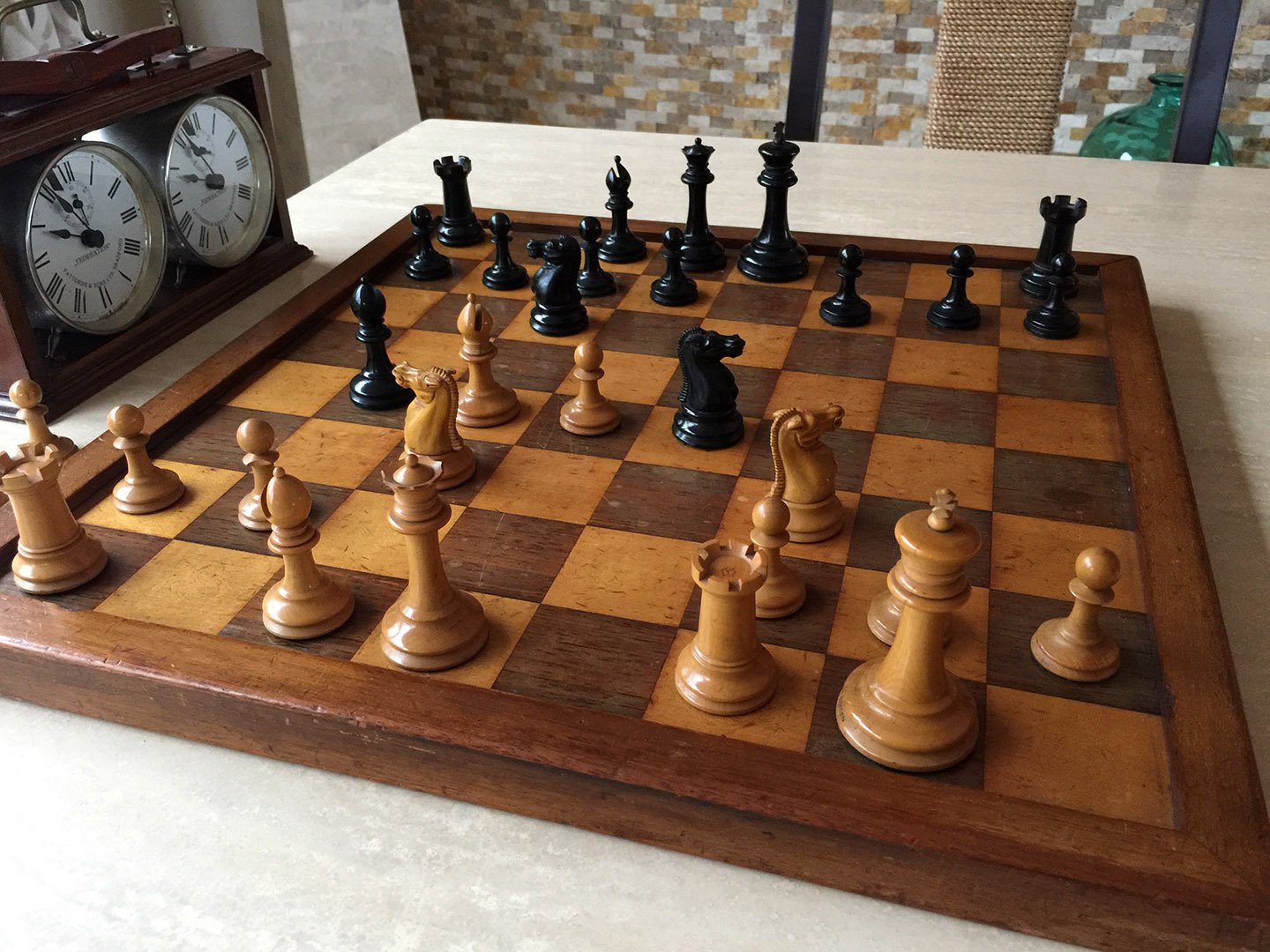 Offered here is set of Boxwood and Ebony Hybrid Jaques Steinitz Chessmen, heavily weighted, with “Jaques London” inscribed on the base of the White King. The King stands 3-1/2″ tall with a 1-3/4″ diameter base. There are two color green baize base pads. This is a Jaques tournament size chess set that has been supplemented with pieces from a somewhat later Jaques Pre-Zukertort style chess set, although all four Knights are the very whimsical Steinitz Knights. Both Kings are from a Jaques Pre_Zukertort style set. These Hybrid Jaques Steinitz chessmen are housed in a replacement box. Half of the chess pieces are from 1865, the balance are from around 1875.

This is a very attractive Hybrid Jaques Steinitz chess set with whimsically carved Steinitz Knights with drilled out pupils. Although this is a hybrid, it is very difficult to distinguish between pieces from the two sets. The set looks authentic at a normal playing distance. The chessmen are in very good condition overall with one chip on the collar of a Boxwood Pawn, a missing “wing” on the King’s cross finial, some roughness to the Ebony Queen’s coronet and a hairline crack to the base of one Ebony Knight. One each Rook and Knight have the characteristic King’s crown stamp on their summits. This would make a very nice practical playing set.