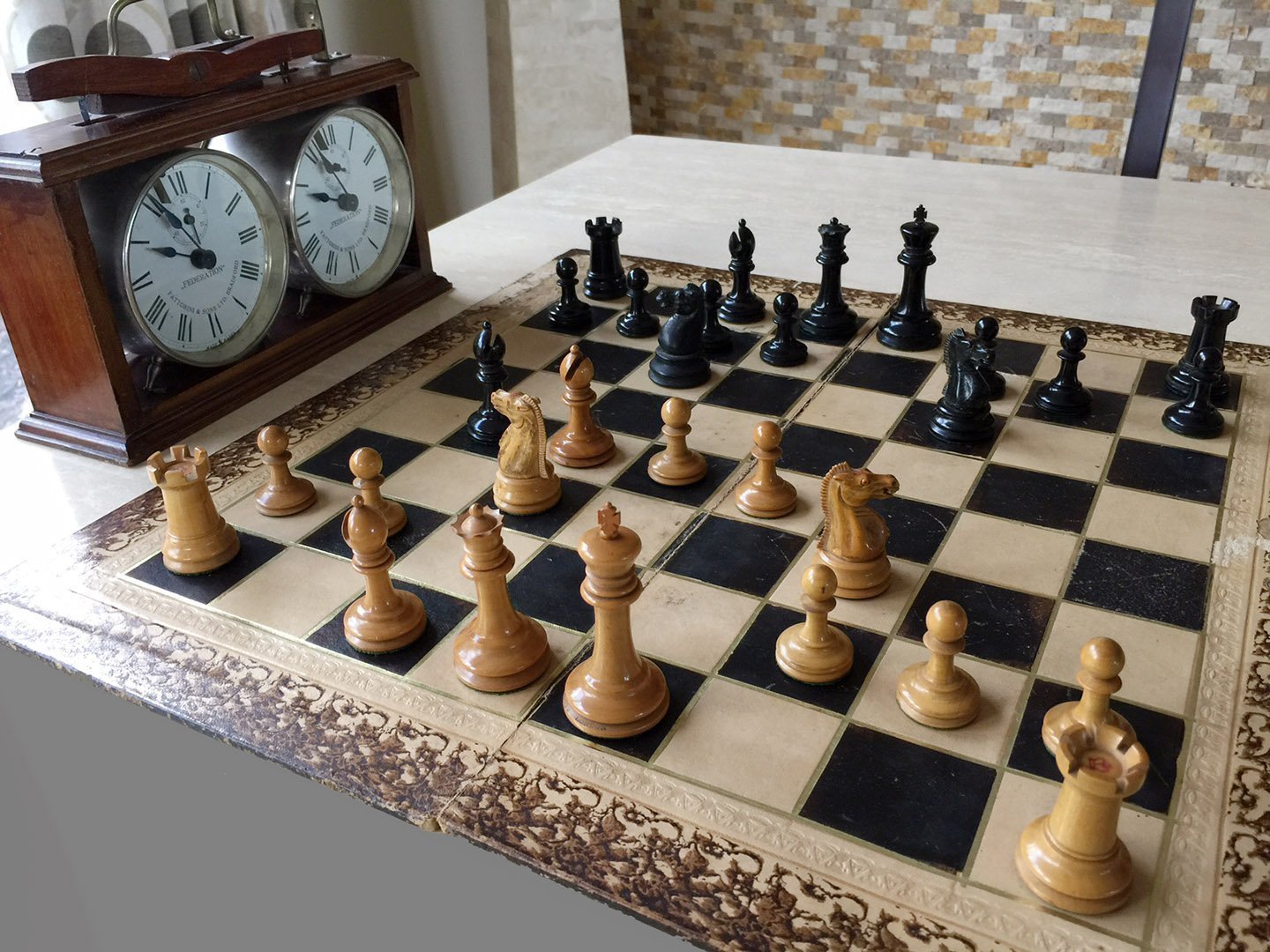 Offered here is set of Boxwood and Ebony Hybrid Jaques Zukertort Chessmen, Library Size, unweighted and felted, with “Jaques London” inscribed on the base of the White King. The King stands 2-7/8″ tall with a 1-1/2″ diameter base. There are two color green baize base pads. This is a Jaques Library size chess set with pieces from two Zukertort style chess sets from a different cutting. In addition, one Ebony Knight is from a Jaques Library-size Anderssen Drop-Jaw set. These Hybrid Jaques Zukertort chessmen are housed in a replacement box. Both Rooks have the characteristic King’s crown stamp on their summits. With the exception of the one Ebony Knight, both halves of the set are from 1875. Except for a small chip on the Anderssen Ebony Knight, the pieces are undamaged and in exfellent condition for their age.

This is a very attractive Hybrid Jaques Zukertort chess set. Although this is a hybrid, it is very difficult to distinguish between pieces from the two sets. The set looks authentic at a normal playing distance. The chessmen are in excellent condition overall. This would make a very nice practical playing set.