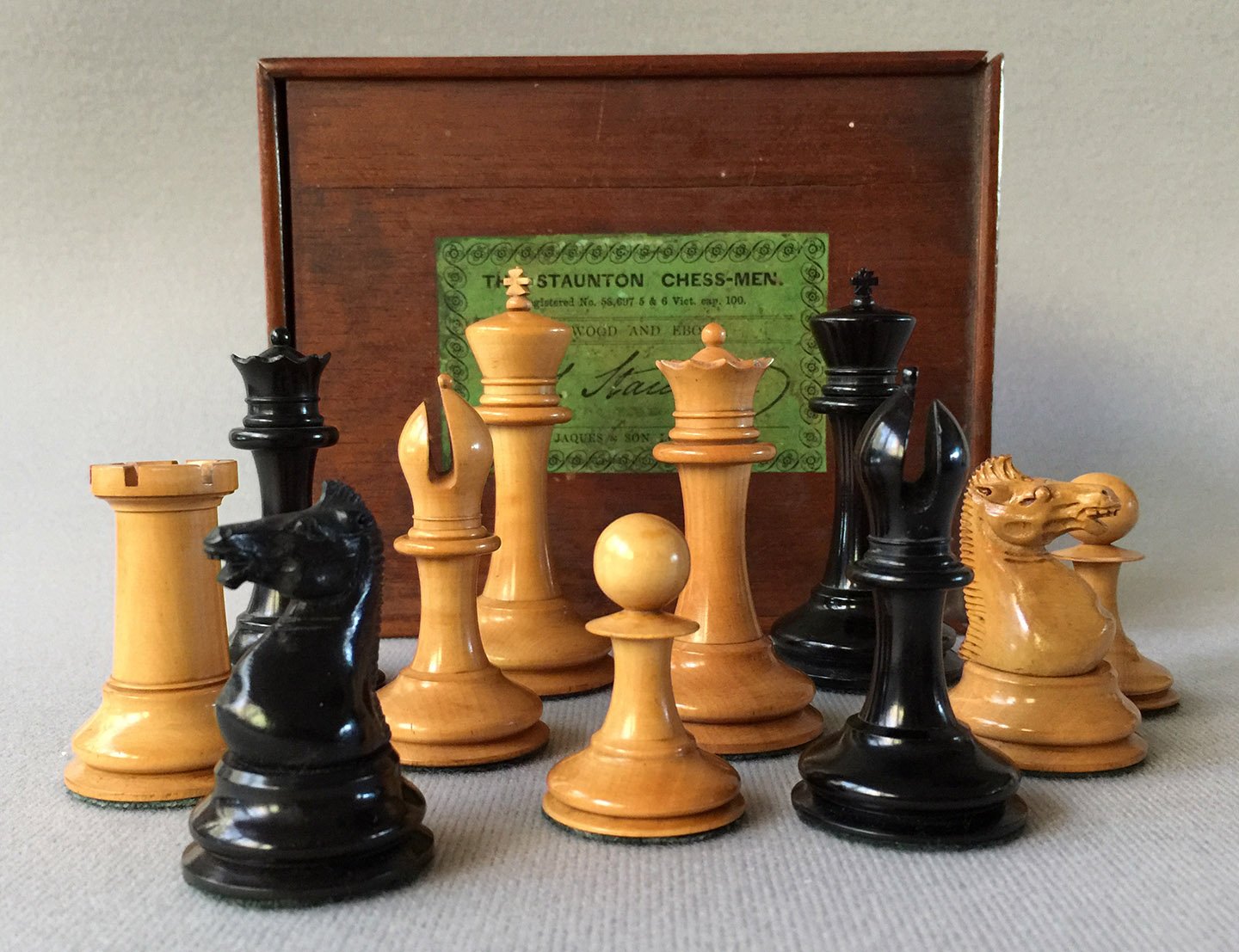 Offered here is a set of antique Jaques Anderssen Drop Jaw Chessmen, circa 1856. The chess pieces are Boxwood and Ebony, unweighted and rest atop green baize base pads. The King stands 3-1/2″ tall with a 1-3/4″ diameter base. The Knights are the Anderssen Drop-Jaw style.  The White King is stamped “Jaques London ” on the rim of the base. The Kingside Rooks and Knights are stamped with a King’s crown on their summits.

This King height is often referred to as the standard or “Tournament Size.” The Jaques Anderssen Drop-Jaw chessmen are housed in their original Mahogany slide-top box with the original green Jaques maker’s label. The label is rare in that it has the incorrect Registration Number 58697 5 & 6 Vict. Cap. 100. It should be 58607 5 & 6 Vict. Cap. 100. This label is the last appearance of the registration number on Jaques labels. The chessmen and box are in truly superb condition for their age. These Jaques Anderssen Drop Jaw chessmen play and display best on a chessboard with 2-1/8″ or 2-1/4″ squares.

The antique Junghan’s chess timer and Jaques chessboard shown are not included in this offering They may be purchased elsewhere on this website.