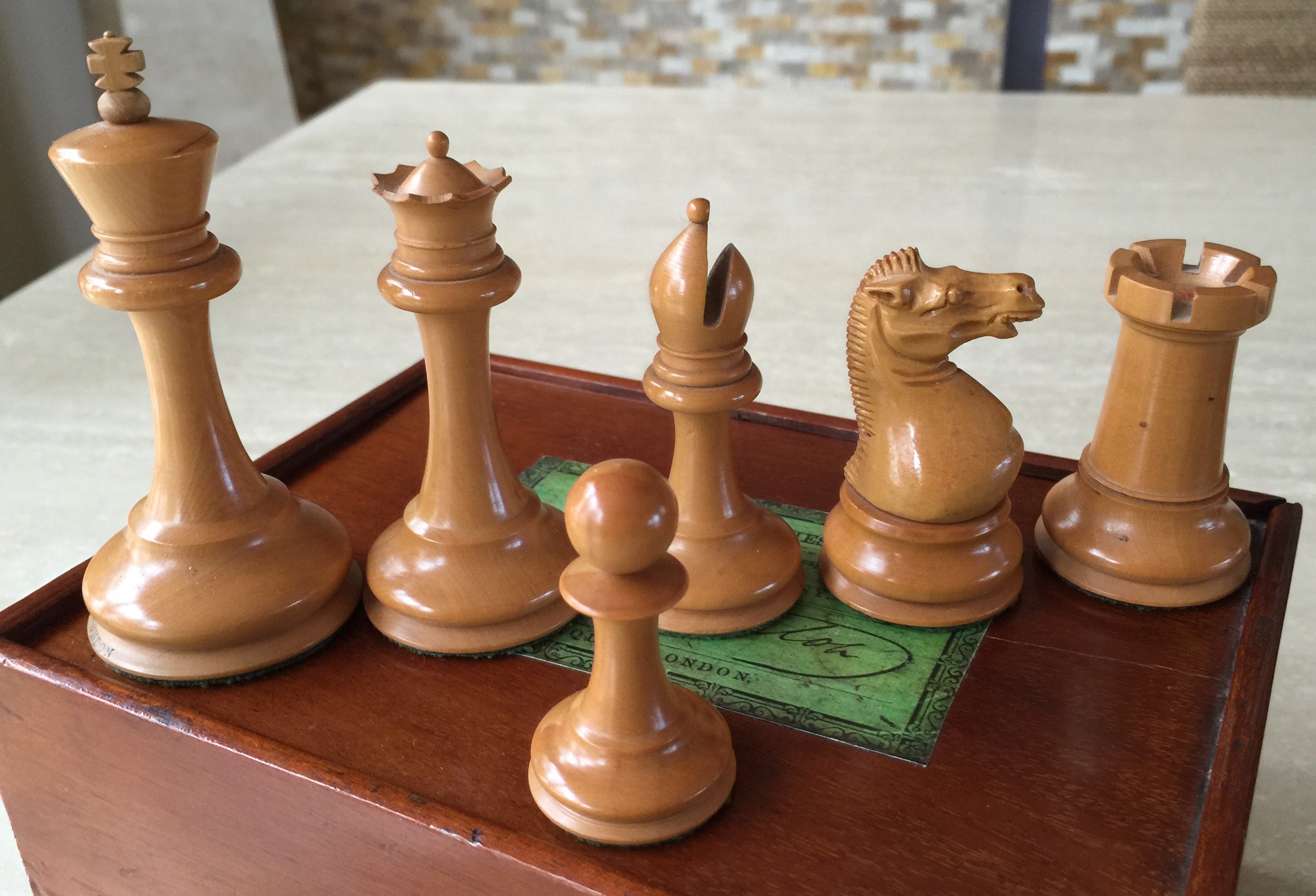 A circa 1858 Jaques Anderssen Staunton Antique Chess Set, “Drop-Jaw” style, boxwood and ebony, unweighted, felted, inscribed “Jaques London” on the rim of the White King. The Knights are of the Anderssen drop-jaw style and the Bishops are very attractive with wide vertical miters. The King stands 3-1/2″ tall.  The chessmen are housed in their original Slide-top Mahogany box with the original green manufacturer’s label. 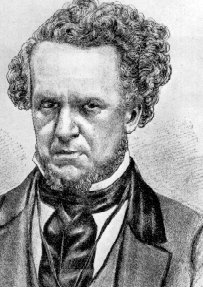