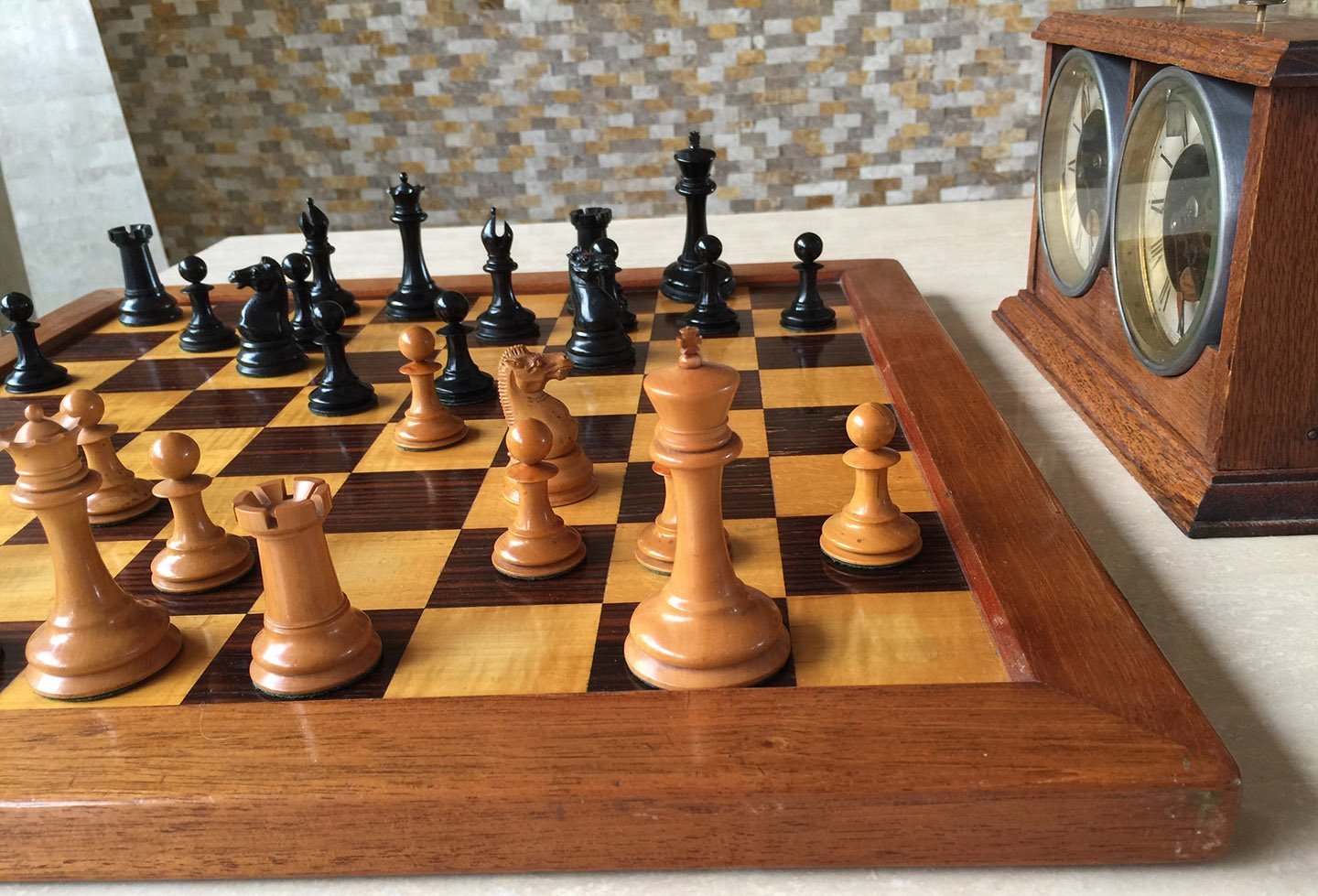 A set of antique Jaques Anderssen Tournament Chessmen, circa 1856. The chess pieces are Boxwood and Ebony, weighted and rest atop their original green baize base pads. The King stands 3-1/2″ tall with a 1-3/4″ diameter base. The Knights are of the Anderssen Drop-Jaw style. The White King is stamped “Jaques London ” on the rim of the base and the Kingside Rooks and Knights are stamped with a King’s crown on their summits. This King height is often referred to as the standard or “Tournament Size.” The Jaques Anderssen Tournament chessmen are housed in their original Mahogany hinge-top box with its original semi-mortise lock set and stop-hinges as well as the original green Jaques makers label. The chessmen, box and label are in excellent condition. The chessmen play and display best on a chessboard with 2-1/4″ squares. The antique  Tanner chess timer and Jaques chessboard are not included in this offering, but may be purchased elsewhere on this website.