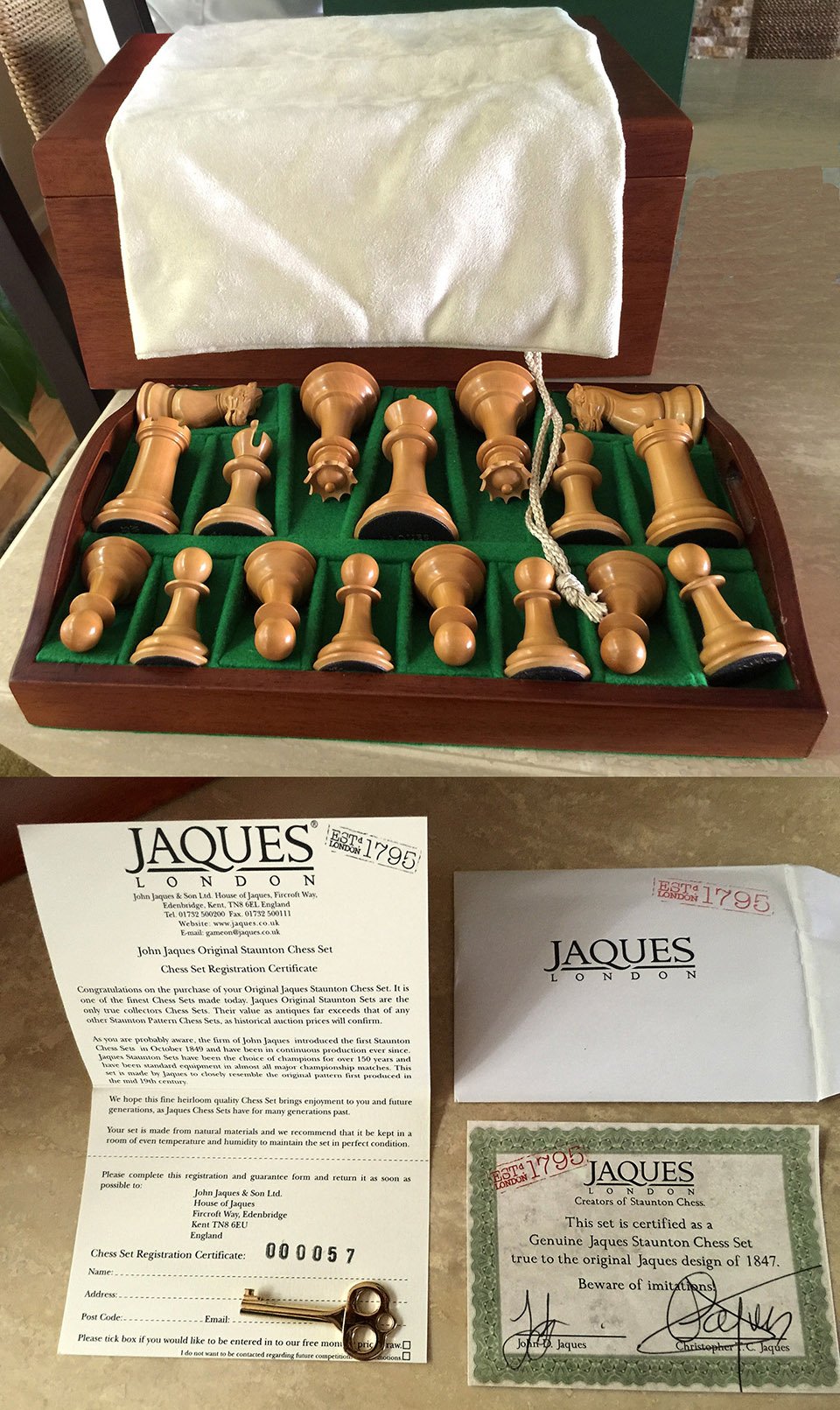 Here is a new set of Jaques Club Size Chessmen. This is Jaques’ new 1850 Series, which was intended to replicate their original Cooke-Style chessmen, first introduced to the public in September of 1849. These are full Club-size chess pieces with a 4-3/8″ King having a 1-7/8″ diameter base, just like their original sets. The Kingside Knights and Rooks bear the red King’s stamp on their summits. The Jaques Club Size Chessmen are heavily weighted, with “Jaques London” inscribed on the base of the White King. Each of the chessmen rests atop black, gold-embossed, English leather base pads. These chessmen are housed in a Mahogany casket with removable fitted trays, custom-made by Jaques for this limited edition run. The set comes with its original green numbered label. Production was limited to a single run of 60 sets. This is set Number 0057. All the paperwork is included. The certificate of authenticity is signed by Christopher and Joseph Jaques. The Mahogany case is protected by a cloth draw-string bag and is housed in its original green cardboard display box. Jaques reintroduced these chessmen to commemorate the turn-of-the-century. These pieces are the first in their new Millennium series, produced in the year 2000.