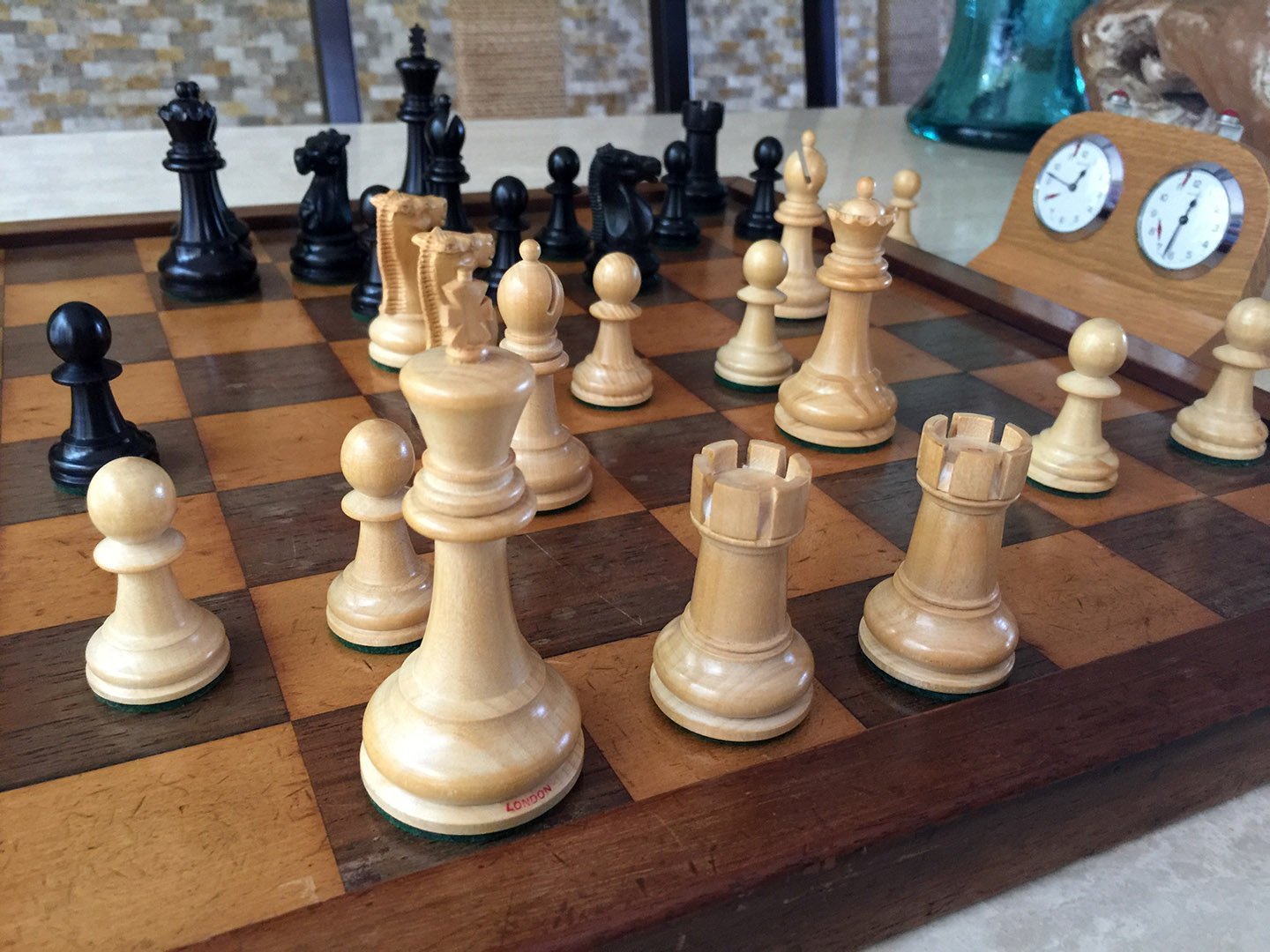 A set of Jaques Fischer Spassky Chess Pieces, circa 1970. The chessmen are Boxwood and Ebony, heavily weighted with green English baize base pads. The King stands 3-3/4″ tall with a 1-5/8″ diameter base. This King height is often referred to as the Tournament Size.  The White King is stamped “Jaques London ” on the rim of the base. The King side Rooks and Knights are stamped with a red crown on their summits. The Jaques Fischer Spassky chessmen are housed in their original divided Mahogany box, lined in green baize with brass stop-hinges and semi-mortise lock set. Although lacking the exquisite craftsmanship and finish of the early Jaques chessmen, the Fischer Spassky design is very playable, durable, and has a great board feel. The chessboard shown is not included in this sale, but may be purchased elsewhere on this site.

The Fischer Spassky chessmen are the style chessmen demanded by Robert J. (Bobby) Fischer for his World-famous 1972 Cold War Era World Championship match with Soviet Grandmaster and then World Champion Boris Spassky. Fischer’s win broke the 30 year iron grip the Soviet Union had held on the World title. The match was full of suspense and possibly the most followed sporting event of the century. It featured the drama of Fischer’s refusing to continue play after his demands were not met, plus phone calls from then President Richard Nixon and Secretary of State Henry Kissinger imploring him to play “for the honor of his country.” In spite of falling behind 2-0, Fischer stormed on to win the match by an impressive 12.5 – 8.5. The result is even more impressive if you exclude Fischer’s forfeiting Game 2!