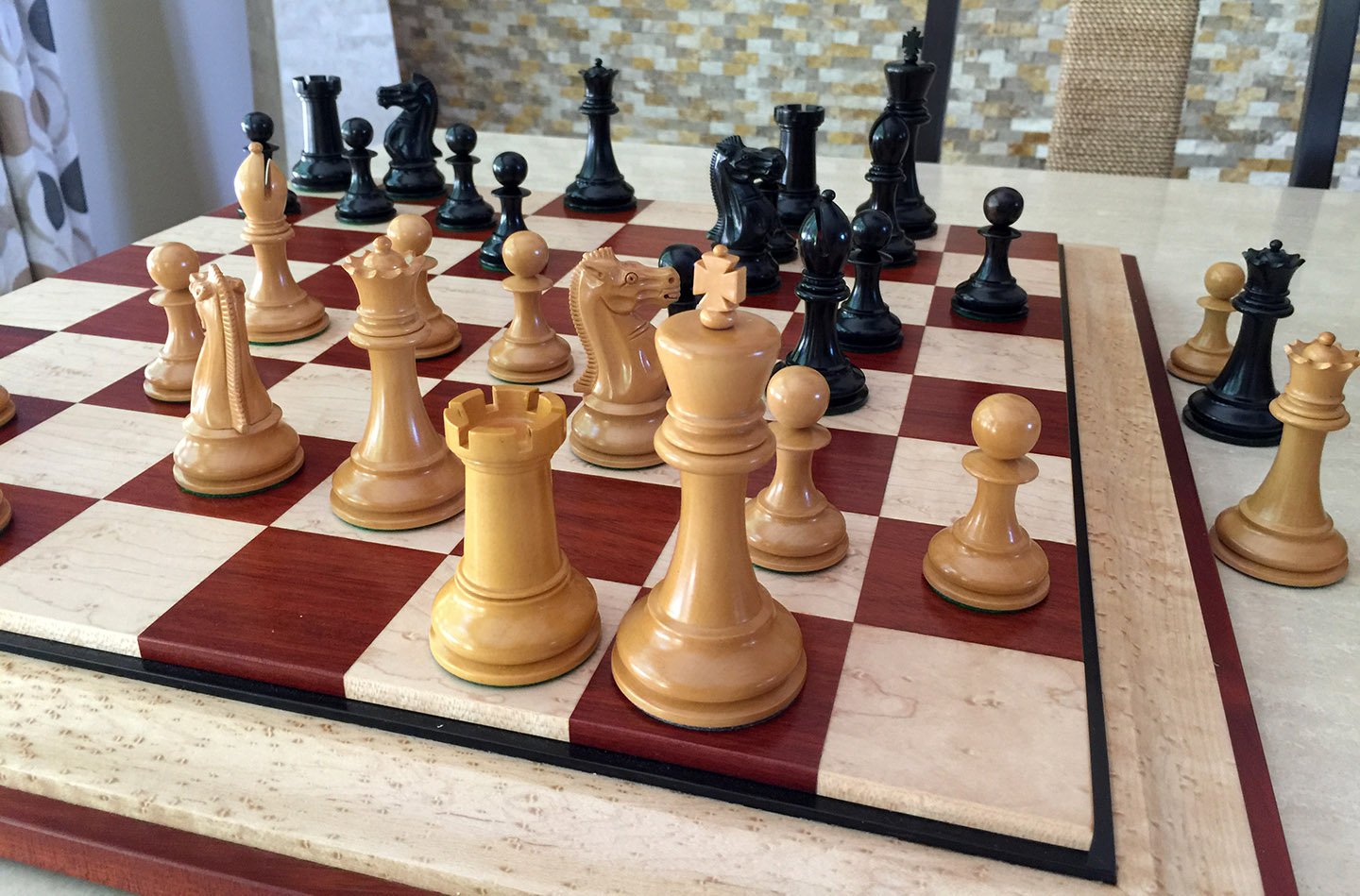 Offered here is a superb reproduction of the Club Size Jaques Hartston Chessmen. The chess pieces are Boxwood and Ebony. The King stands 4-3/8″ tall with a 2-0″ diameter base. This is a new set and features an extra pair of Queens to facilitate Pawn Promotion. The Ebony army features the Frank Camaratta proprietary weighting system, a very costly technique that prevents your Ebony chessmen from ever developing hairline cracks – a universal problem with weighted Ebony chess pieces.  These pieces are heavier than any comparably-sized set of Staunton chessmen currently on the market. The Jaques Hartston Chessmen rest atop green English baize. The Kings are fitted with gold-embossed Black English leather base pads. The Kingside Rooks and Knights are stamped with a red King’s crown on their summits, as were the originals, a convention championed by Howard Staunton himself. This King height is often referred to as the “Full Club Size.”  The Knights are very finely carved. The Jaques Hartston style is arguably one of Jaques’ finest designs. The Jaques Hartston Chessmen are housed in a Premium Mahogany hinge-top divided box, lined in green baize. The Jaques produced the Hartston style chessmen between 1890 and 1899. The chessmen are named after the Jaques design used to illustrate game positions throughout Bill Hartston’s Kings of Chess. The reproduction was executed by Frank Camaratta. The Signature Contemporary Bloodwood and Birdseye Maple chessboard shown is not included, but is available elsewhere on this site.