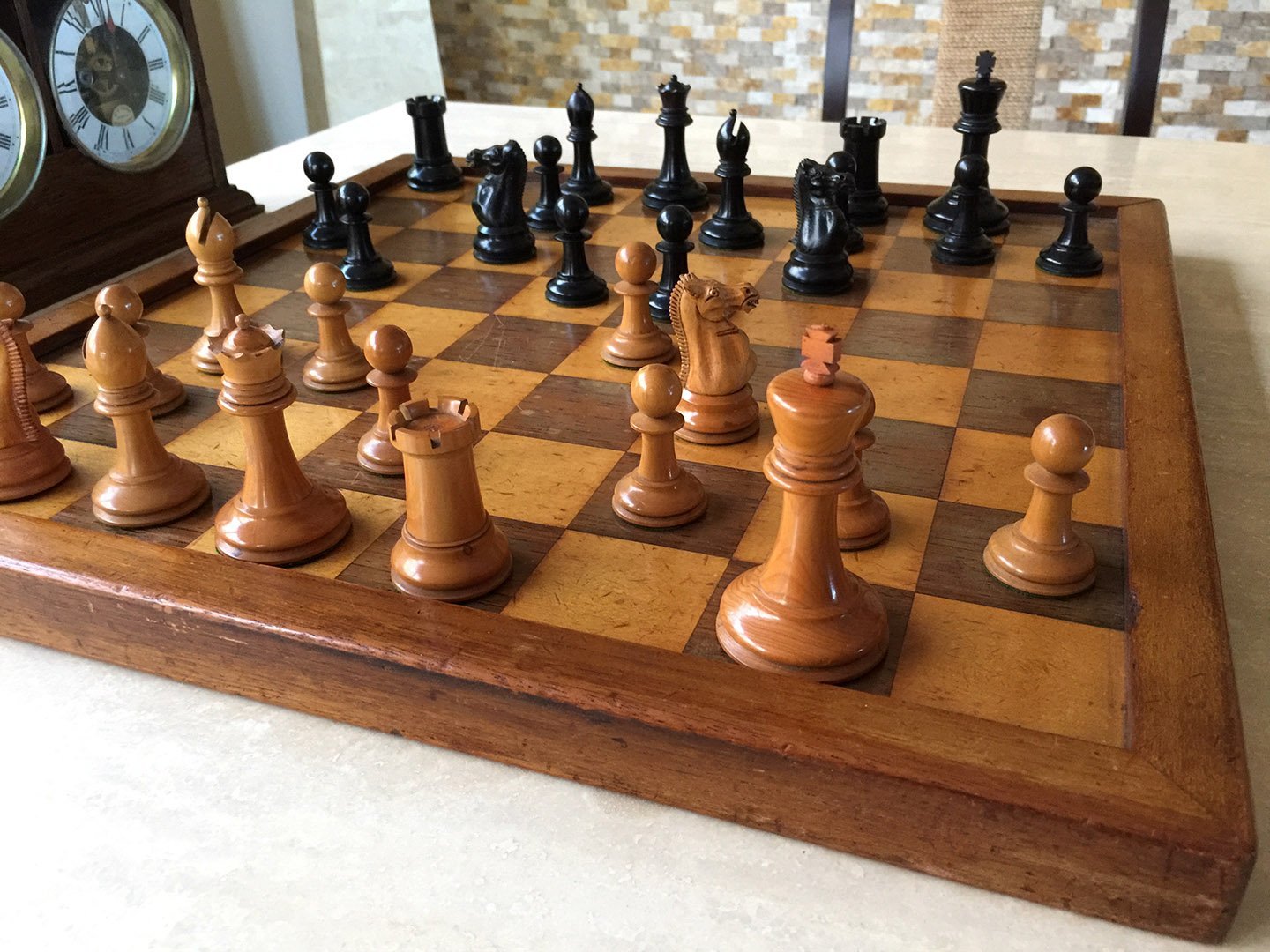 Offered here is a spectacular set of Jaques Hartston Tournament Chessmen, circa 1895. The chess pieces are Boxwood and Ebony. The King stands 3-1/2″ tall with a 1-3/4″ diameter base. The chessmen rest atop green English baize and are unweighted. The Knights are of the Hartston style. Both Kings are stamped “Jaques London ” on the rim of the base of their bases. The Kingside Rooks and Knights are stamped with a red King’s crown on their summits. This King height is often referred to as the “Tournament Size.”  The Knights are very finely carved. The Jaques Hartston Tournament Chessmen are housed in a replacement mahogany slide-top box. These sets were produced between 1890 and 1899. The chessmen are in excellent condition. The antique chessboard and Tanner Reliable Timer shown are not included, but are available elsewhere on this site.