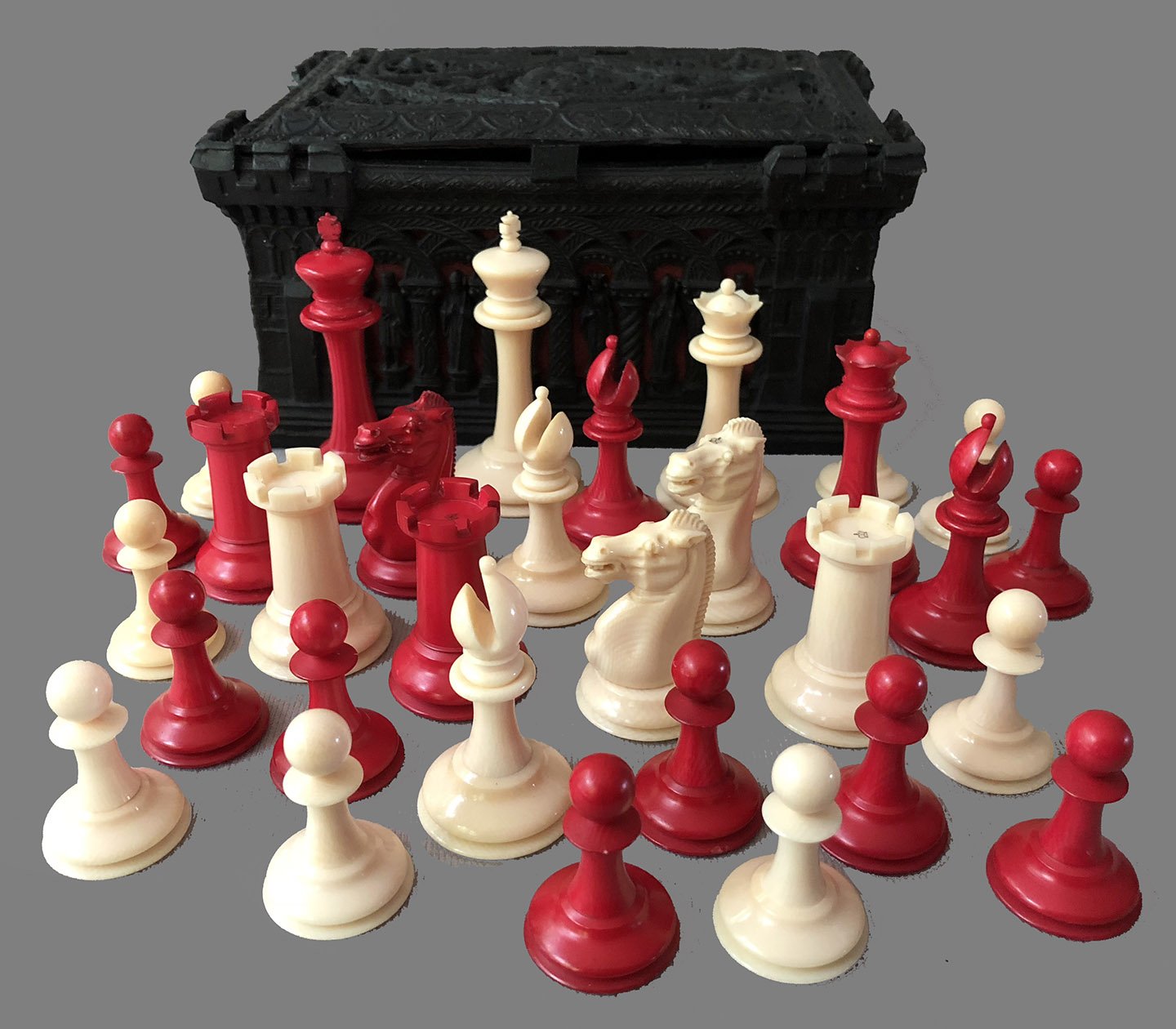 A set of Jaques Ivory Anderssen  Chessmen, circa 1858. The chessmen in the light army are natural, while the chess pieces for the opposing army is stained cochineal red. The King stands 3-3/8″ tall with a 1-5/8″ diameter base. The Knights are of the aggressive Anderssen style. The White King is stamped “Jaques London ” on the underside of the base and the Kingside Rooks and Knights are stamped with a King’s crown on their summits. This King height is often referred to as the “Tournament Size.” The Knights are very finely carved. The chessmen are housed in a Carton-Pierre casket with its original red manufacturer’s  label. The chessmen and carton-Pierre casket are in excellent condition. The Jaques Ivory Anderssen Chessmen play and display best on a chessboard with 2-1/8″ or 2-1/4″ squares. Suitable chessboards can be found elsewhere on this web site or can be custom-made to order.

When considering the purchase of an authentic set of Chessmen by Jaques, the following information should prove helpful The Library size is always unweighted. The Standard size came both unweighted and weighted (after around 1855 or so).  The Small Club and Full Club sizes were always weighted. Ivory sets were never weighted. The Kings are always stamped Jaques London on the rim of the King’s base for wooden sets and on the underside for ivory sets. Prior to around 1890, only the White Kings were stamped. In the later sets, both Kings were stamped.