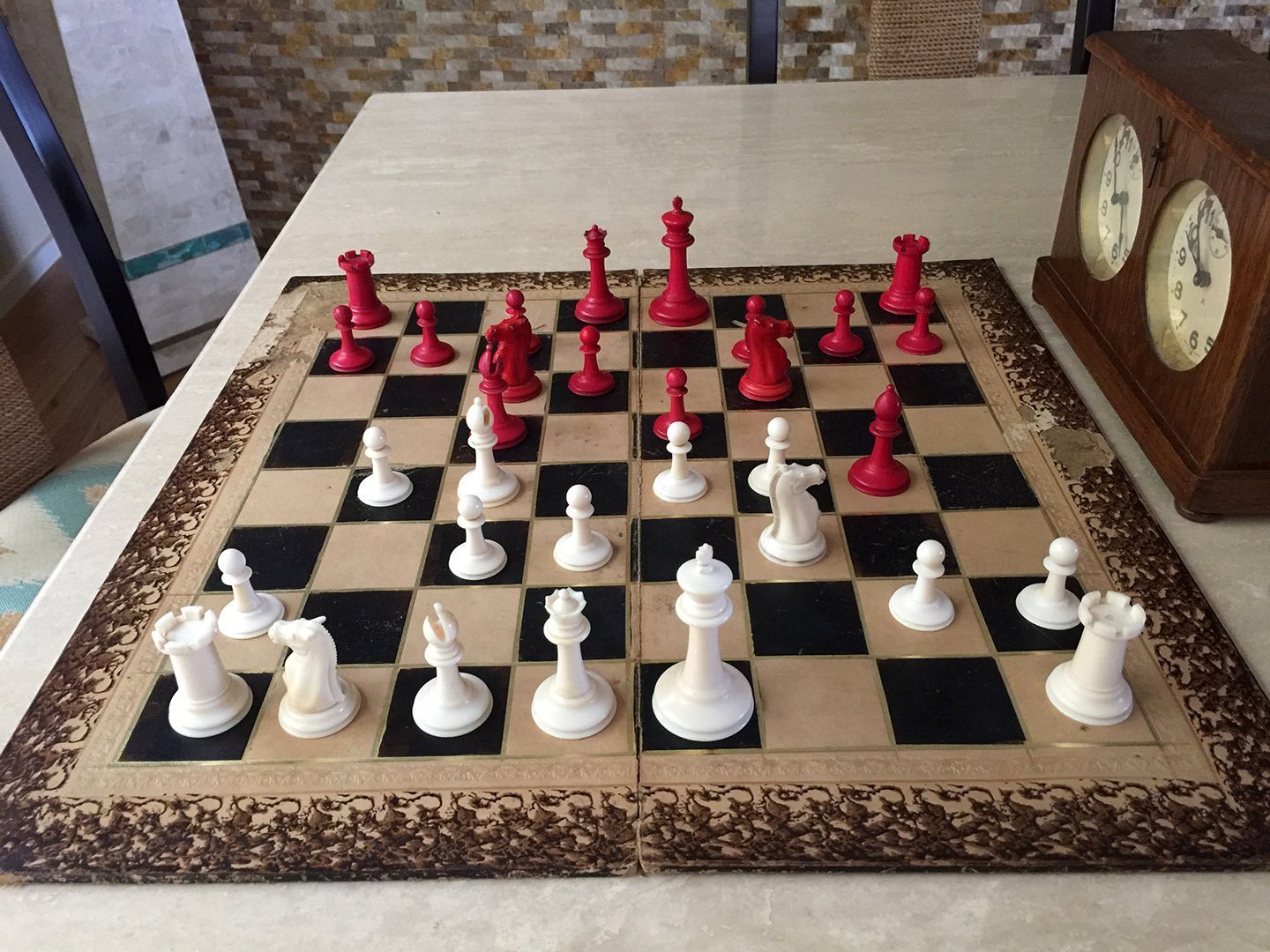 A Jaques Ivory Hartston Library Size Chess Set, circa 1891. The chess pieces are natural and stained red. The King stands 2-7/8″ tall. The Knights are of the Hartston style. The White King is stamped “Jaques London ” on the underside of the base of the white and red Kings and the Kingside Rooks and Knights are stamped with a King’s crown on their summits. Apparently, a previous owner printed the date, 1891, along with initials, on the underside on the shank of the White King. This King height is often referred to as the “Library Size.” (The image to the left shows a comparison of the Library-size King with Kings from the Tournament size and the Full Club-size sets.) The Knights are very finely carved. The Jaques Ivory Hartston chessmen are housed in a refurbished red leather casket, lacking the green label. These sets were produced between 1890 and 1899. The chessmen and leather casket are in excellent condition.