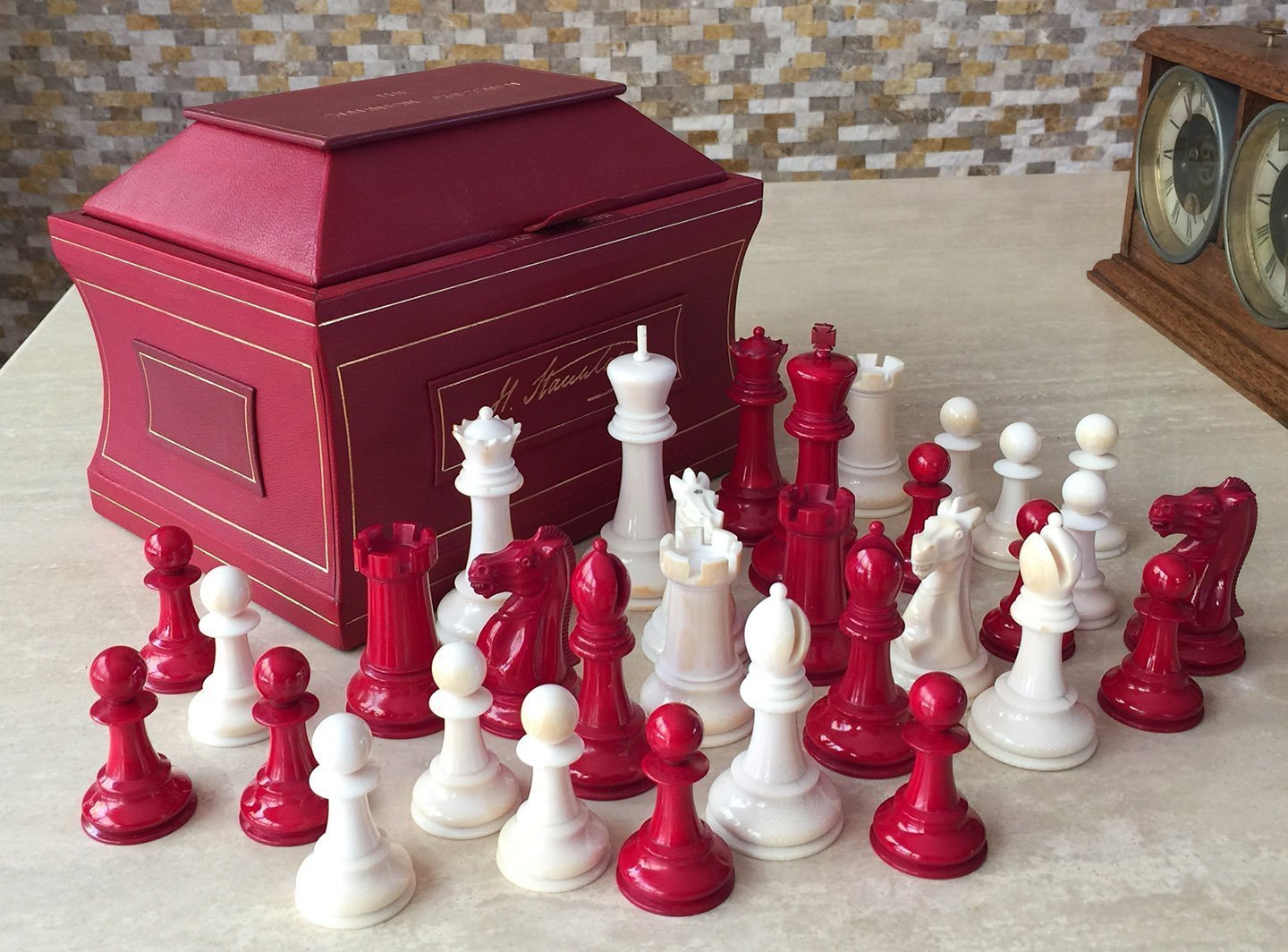 An early Jaques Ivory Marshall Chess Set, natural and red-stained. “Jaques London” is inscribed on the base of the both Kings and the King’s crown is imprinted on the summits of the Kingside Rooks and Knights. A very attractive set with masterfully carved Marshall-style Knights with drilled out pupils. The King stands a majestic 4-1/4″ tall with a 2-0″ diameter base. In the advertisements, this set was referred to as the “Club Size”. After the company incorporated in 1899, the sizes changed somewhat. The Small Club Size sets had a 3-7/8″ King with a 1-7/8″ diameter base while the

full Club set had a 4-1/4″ King with a 2″ diameter base.  The chessmen are housed in a refurbished red leather casket. The Jaques Ivory Marshall Chess Set and leather casket are in like new condition. The chessmen are circa 1900. The chessmen are accompanied by the original, hand-typed and signed letter from famed British dealer and author, Mackett Beeson, dated 7th September, 1961, transferring ownership of the chessmen to the previous owner.The antique chessboard and antique Tanner Chess clock shown are not included in this sale, but are available elsewhere on this site.