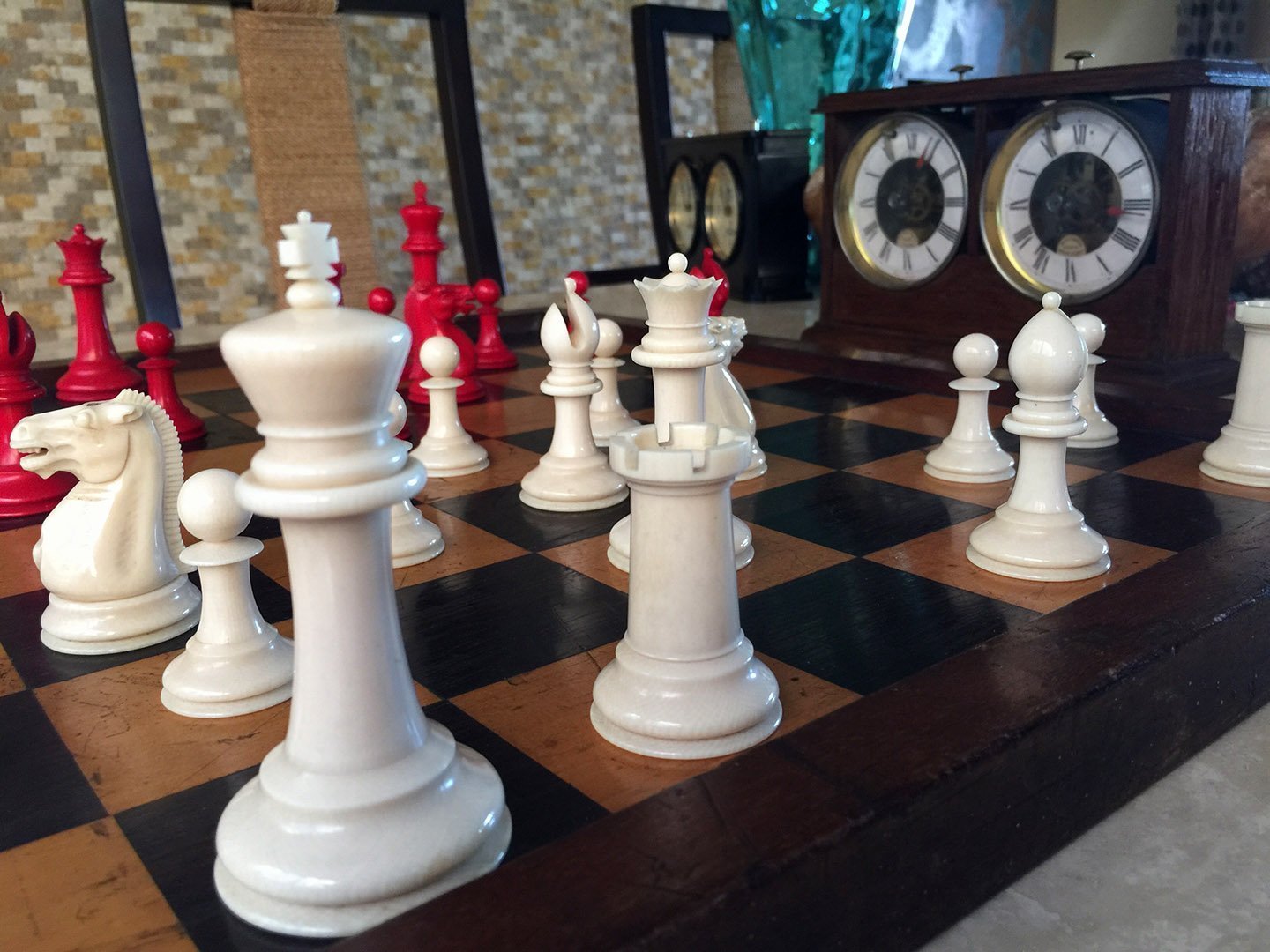 An early Jaques Ivory Zukertort Chess Set, natural and red-stained. “Jaques London” is inscribed on the base of the White King and the King’s crown imprinted on the summits of the Kingside Rooks and Knights. A very attractive set with masterfully carved Zukertort-style Knights with drilled out pupils. This is the same Knight style as the silver Knight that appeared on the Holster of Paladin, from the “Have Gun, Will Travel” television series.  The King stands 4-0″ tall with a 1-7/8″ diameter base. In the advertisements, this set was referred to as the “Small Club Size”. The full Club Size sets had a 4-1/4″ King with a 2″ diameter base.  This Jaques Zukertort Chess Set  is complete with its original Carton-Pierre casket and red manufacturer’s label. The Jaques Ivory Zukertort Chess Set and refurbished casket are in like new condition. The chessmen are circa 1870. The antique chessboard and antique Tanner Chess clock shown are not included in this sale, but are available elsewhere on this site.