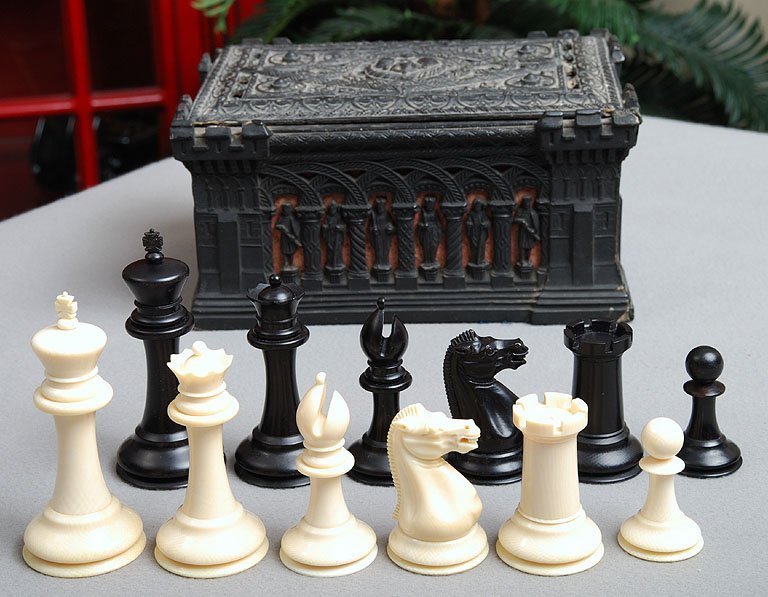 A set of Jaques Library Ivory Anderssen  Chessmen, circa 1858. The chessmen are natural and stained Black. The King stands 2-7/8″ tall. The Knights are of the aggressive Anderssen style. The White King is stamped “Jaques London ” on the underside of the base and the Kingside Rooks and Knights are stamped with a King’s crown on their summits. This King height is often referred to as the “Library Size.” The Knights are very finely carved. The chessmen are housed in a Carton-Pierre casket, lacking the red label. These sets were originally stained red. Re-staining could have been done originally by Jaques as a custom order or re-dyed at a later date.