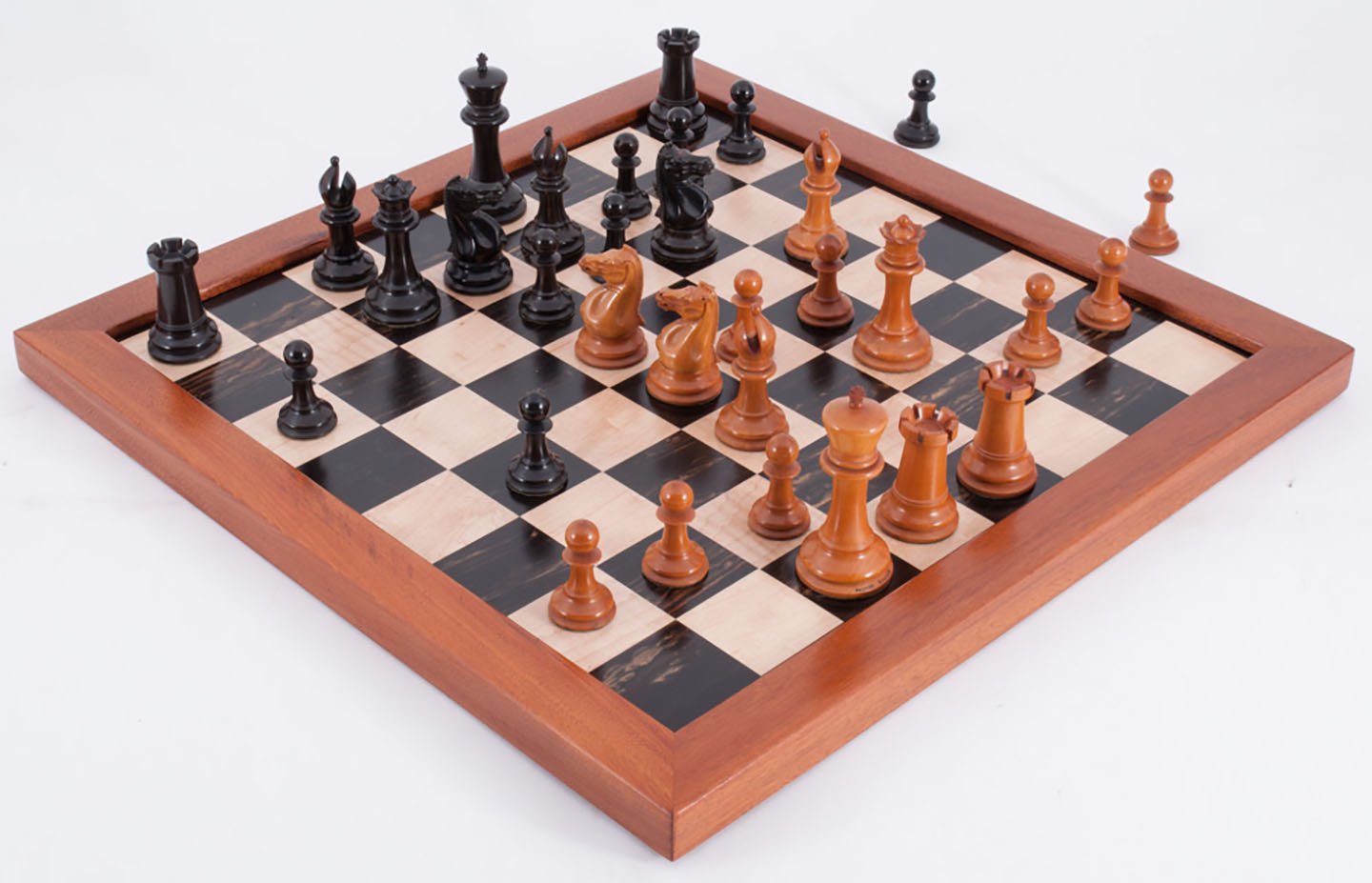 A set of Club Size Jaques Paulsen Chessmen, Staunton, Boxwood and Ebony, circa 1853, heavily weighted, felted. The King stands an impressive 4-3/8″ tall. The White King is stamped “Jaques London ” on the rim of the base and the Kingside Rooks and Knights are stamped with a red crown on their summits. The Knights are very finely carved with a very attractive serpentine silhouette. The black Knights are ebony. The set is housed in a replacement box. The baize base pads are in extremely good condition. The chessmen are in near perfect condition. The only flaws on the set are small hairline cracks to the bases of one Ebony Knight and one Ebony Pawn. The Jaques Paulsen chessmen are among the most attractive of all the Jaques’ designs.