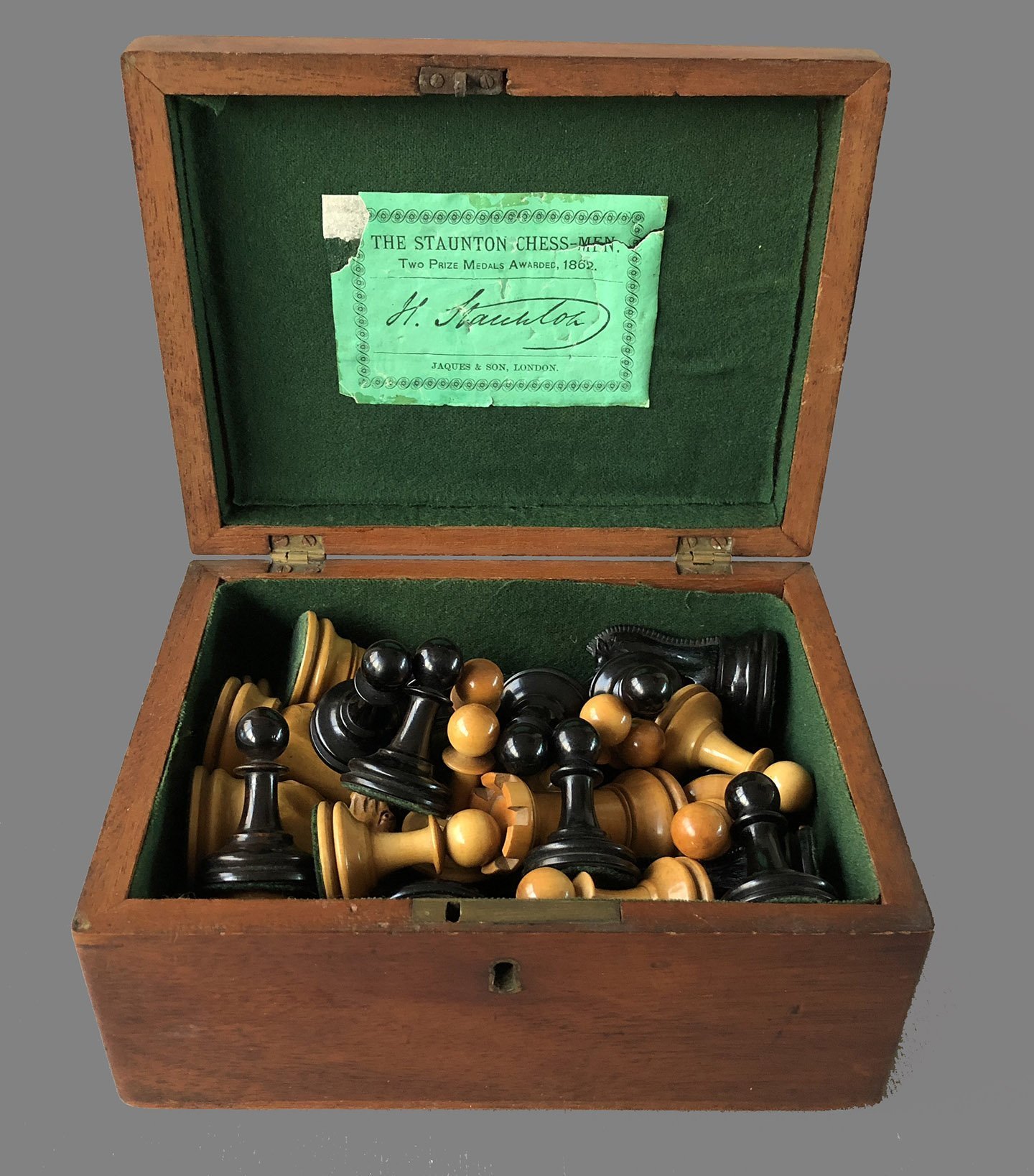 A set of Antique Jaques Pre-Zukertort Chessmen, Boxwood and Ebony, heavily weighted. The chess pieces rest atop green baize base pads. “Jaques London” is inscribed on the base of the White King. This is a very attractive set with masterfully carved Knights. The King stands 3.5″ tall with a 1-3/4″ diameter base. In the advertisements. This size was referred to as the “Tournament size”. This set of Jaques Pre-Zukertort Chessmen is housed in its original undivided Mahogany hinge-top box with a semi-mortise lock set. The inside of the box lid still retains its original green manufacturer’s label. The chess pieces are in excellent condition with no apparent repairs or damage. These chessmen have developed a very pleasant honey-hue from almost 160 years of use. These rare Jaques  chessmen were produced between 1870 and 1875. The chess pieces play and display best o a chessboard with 2-1/8″ or 2-1/4 squares. No chessboard is included in this sale. For a complete selection of our finest new and antique chessboards, please visit https://chessantiques.com/product-category/chessboards/ An extensive inventory of antique and contemporary chess timers can be found at https://chessantiques.com/product-category/antique-chess-clocks-game-timers/.

Some Background on the Legendary Staunton Chessmen.

Some Details on Collecting Jaques Chessmen.