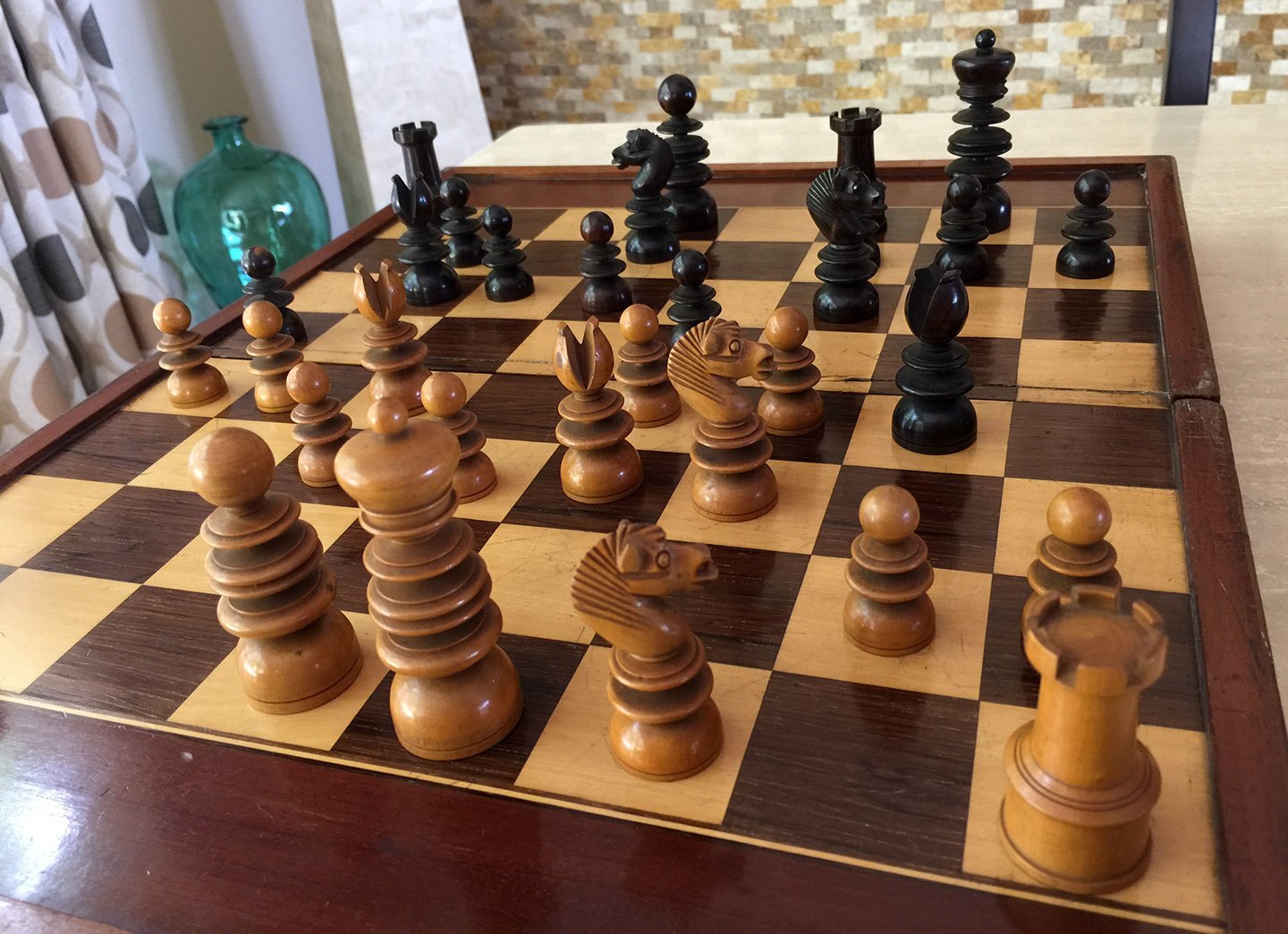 Offered here is a fine quality Jaques Saint George Ebony and Boxwood Chessmen, unweighted and unfelted, with a King height of 3.2″ and a base diameter of 1.1″.  The chessmen are in excellent condition and are housed in a replacement box. One Ebony Black Pawn is slightly off-color, but is original to the set. The chessmen are early Victorian period, around 1840, produced and sold by the Firm of John Jaques from his London workshops. Jaques Saint George Chessmen are quite rare and very few of these sets have appeared in the marketplace. There is some debate surrounding who actually made the Knights for the Jaques Saint George Chessmen. Based on similar chess pieces produced by Hezekiah Dixon, it is entirely possible that his carver also made the Knights for the Jaques chess sets.