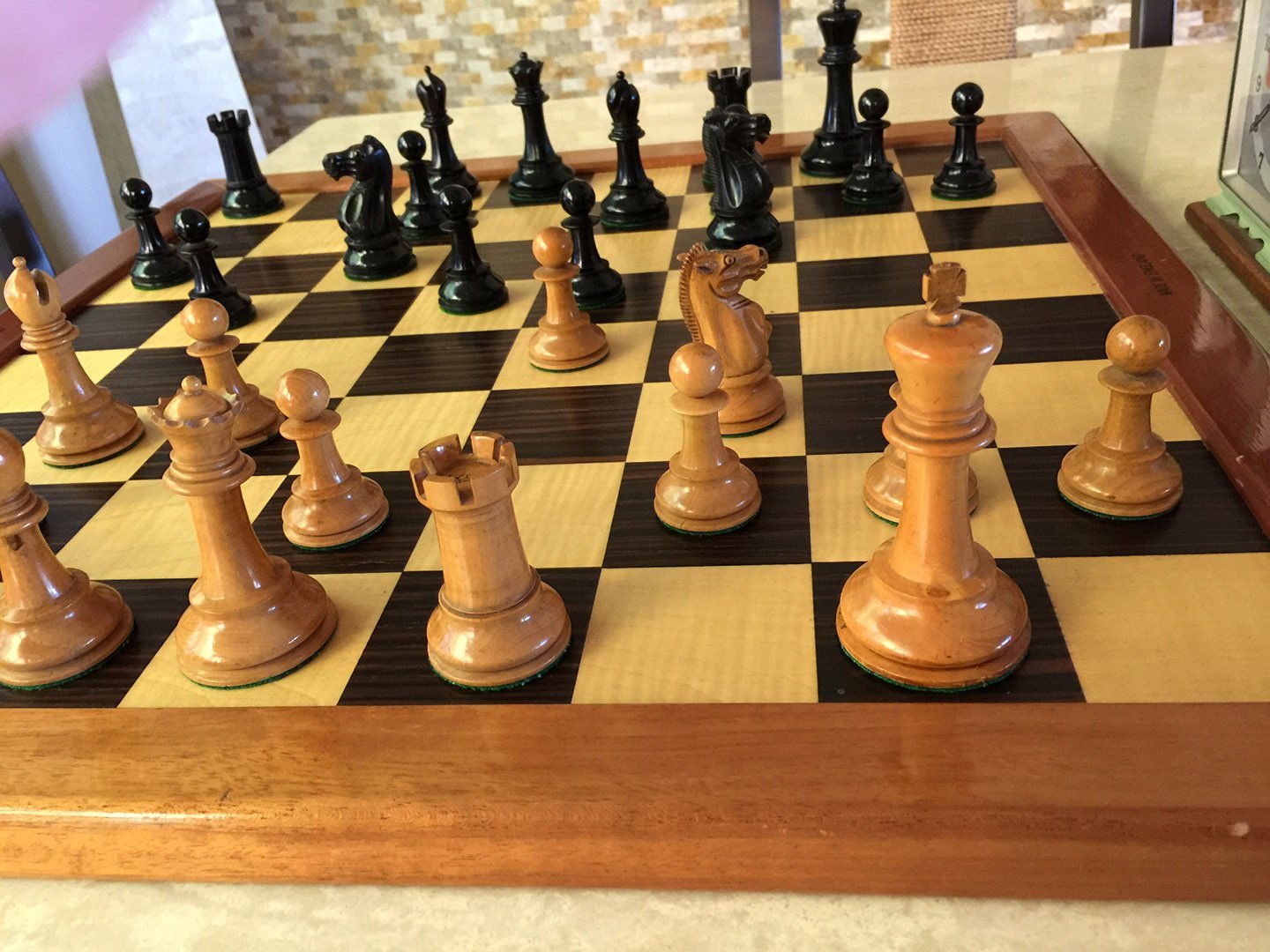 A set of Boxwood and Ebony Jaques Staunton Chess Pieces, heavily weighted and felted, with “Jaques London” inscribed on the base of the both Kings. A very attractive set with masterfully carved Nimzovitch-style Knights with drilled-out pupils. The King stands 3-7/8″ tall with a 1-7/8″ diameter base. In the advertisements, this set was referred to as the “Small Club Size”. The full Club Size sets had a 4-1/4″ King with a 2″ diameter base.  The Jaques Staunton Chess Pieces are housed in a Mahogany hinge-top box box lined in green baize. The label is missing. The chessmen are in excellent condition. The box has a repair to the back of the lid. The set is circa 1925. The chessmen play and display best on a chessboard with 2-1/4″ to 2-3/8″ squares. The antique Jaques chessboard and Sutton-Coldfield clock shown are not included in this sale, but are available elsewhere on this site.