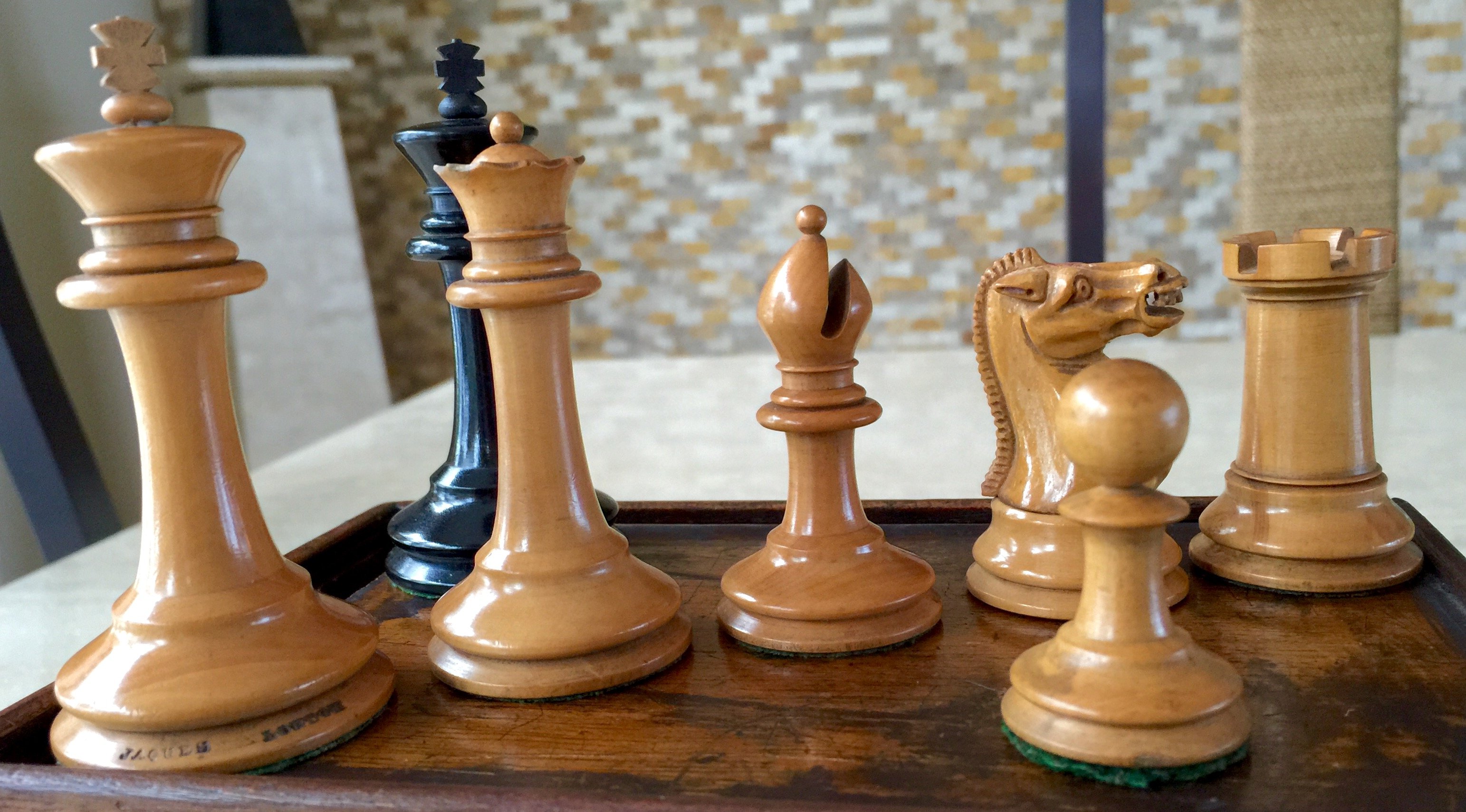 A circa 1865  set of Boxwood and Ebony Jaques Steinitz Staunton chessmen, (Megamouth) unweighted and felted, with “Jaques London” inscribed on the base of the White King. A very attractive set with heavily carved Steinitz-style Knights and the drilled out pupils. The King stands 3-1/2″ tall. The set comes in its original Mahogany slide-top box box, bt the labelis missing. The set is circa 1865.